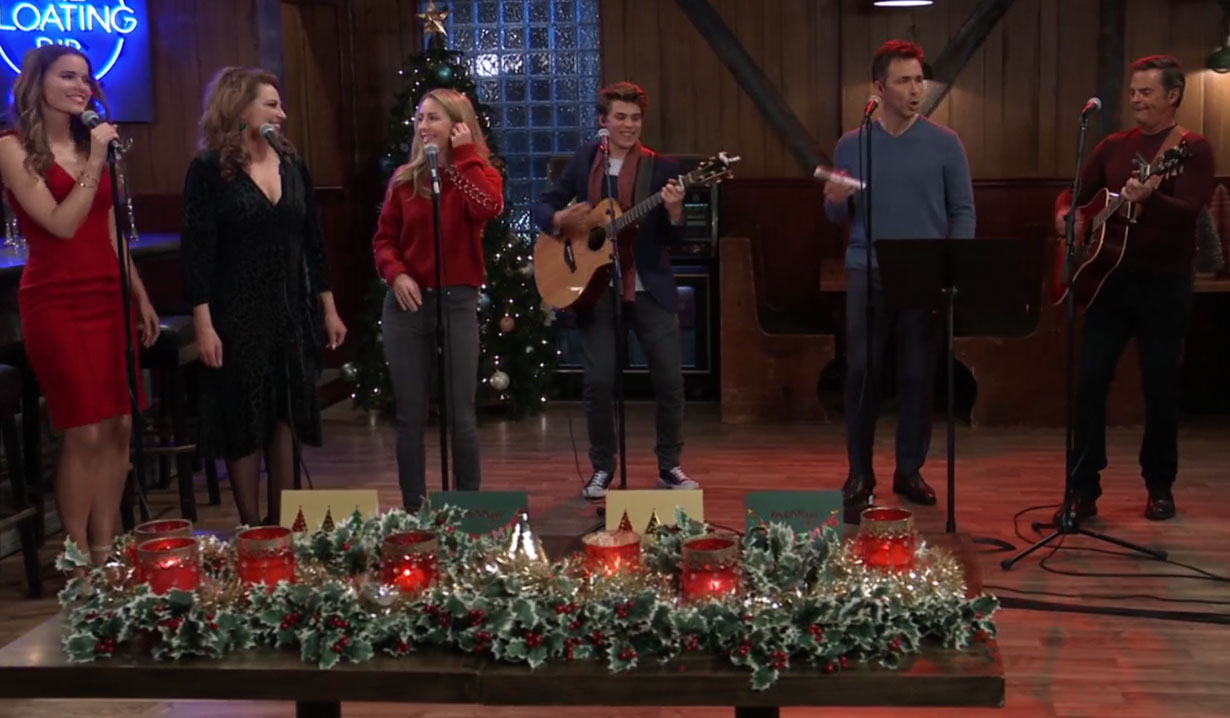 Lipton opened the show singing The First Noel. The song is of Cornish origin and the current version was first published in Carols Ancient and Modern in 1823. Kurth and Stuart followed with Oh Come All Ye Faithful, which was originally sung in Latin as Adeste Fideles. They performed a second song, In the Bleak Midwinter. The song is based on the poem by English poet Christina Rossetti originally titled A Christmas Carol and was published in the January 1872 issue of Scribner’s Monthly. Lipton, Stuart and Kurth next played Joy to the World, with Swickard on the drum box. The song is the most-published Christmas hymn in North America

The second half of the show opened with Gati, Mattsson and McCoy singing Hark the Herald Angels Sing. The original hymn text was written as a Hymn for Christmas-Day by Charles Wesley, one of the founding ministers of Methodism, in 1739. The whole group gathered together for the final two songs. First was Deck the Halls, based on a Welsh melody used in caroling on Christmas and New Year’s Day dating back to the sixteenth century. The show concluded with the classic We Wish you a Merry Christmas, which was composed by Arthur Warrell for the University of Bristol Madrigal Singers in 1935.

Christmas caroling has its origins in the Middle Ages in Europe known as wassailing. Peasants would go to the homes of the feudal lords with their wassail, anything from a large bowl to a bucket, filled with alcohol. It was the equivalent of the modern Christmas punch bowl. They would sing carols, and in return would be given a bit of coin, some food, and the wassail would be topped off. The term is Anglo-Saxon in origin and translates to “be in good health.” Wassailing was traditionally celebrated on the Twelfth Night or the Epiphany, January 5 or 6.

Did GH’s Kendra’s Plan to Poison...