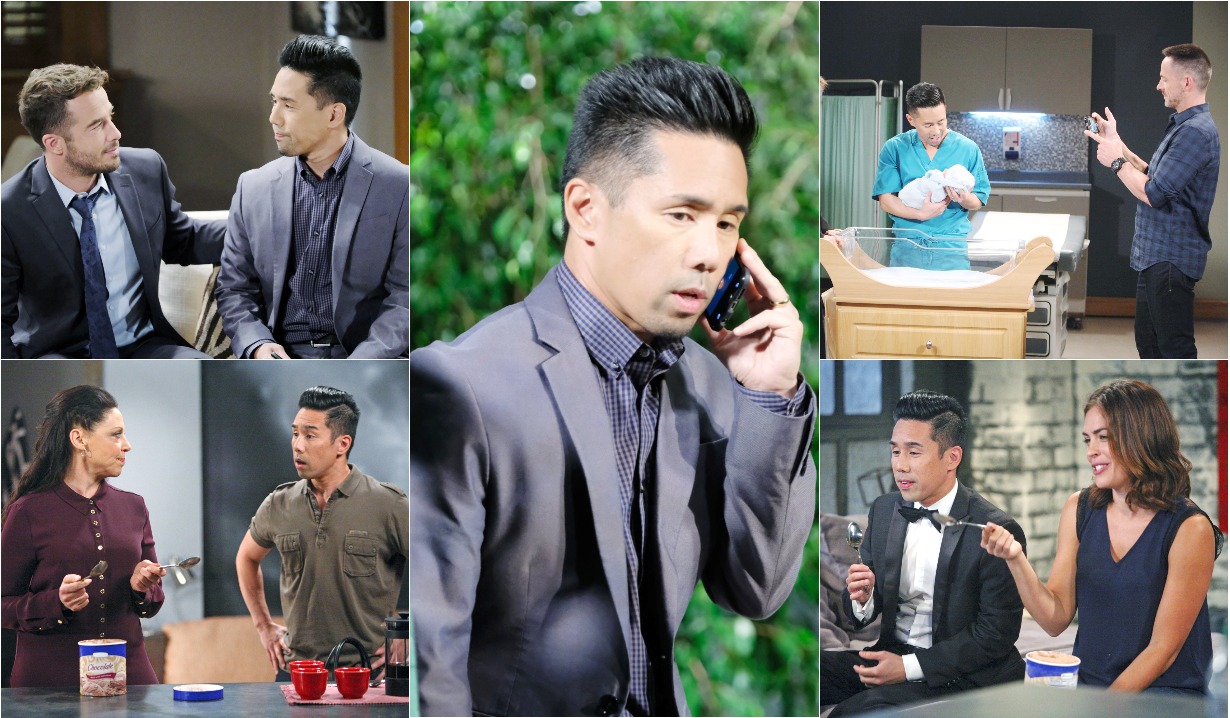 Looking back on General Hospital’s Brad Cooper over the years in Port Charles.

As the baby switch storyline involving General Hospital lab tech Brad Cooper heats up with car crashes, attempted murders, lies, love and more, rumors abounded that the scheming adoptive father would scheme no more. But with Brad’s portrayer Parry Shen staying on General Hospital, despite a previous announcement of his departure, Soaps.com takes a look back at who the character is, where his relationships are, and how he fits on the canvas…

Brad Cooper was introduced to viewers on February 13, 2013 as a hospital lab technician portrayed by an unknown actor.

Brad Cooper was initially written as a short-term recurring character for four episodes. He has now appeared in over 200 episodes.

Brad was adopted by the Cooper family. Though viewers have never met his adoptive parents or any family members.

However, Brad Cooper was revealed to be the biological son of 1980s Asian Quarter mob boss Kim Wu and the great-grandson of patriarch Mr. Wu.

During his childhood, Brad was bullied as a “fat, Chinese, gay, tap dancer.”

Brad was once technically married to Rosalie Martinez in a marriage of convenience, but they divorced in 2016.

Dr. Britt Westbourne is Brad’s best friend. He once helped her scheme against Nurse Sabrina Santiago in exchange for a promotion.

Brad Cooper had a crush on Nurse Felix DuBois and the two dated for a while. He tried to make amends for his scheming against Felix’s best friend Sabrina in order to gain his attention.

Brad formed a friendship with Dr. Lucas Jones. They shared a family history of being born to mob boss fathers and having been given up for adoption.

Brad and Lucas married in 2016 at Alexis Davis’ house.

The happy couple decided to adopt a baby, hiring Alexis Davis as their adoption lawyer. Brad and Lucas had trouble getting couples to choose them as parents, however, due to their crime family connections.

Brad Cooper helped Spencer Cassadine visit his former almost stepmother Britt while she was in the hospital.

Britt’s mother, Dr. Liesl Obrecht, is Brad’s frenemy, sometimes serving as a partner in crime and other times as a blackmailer.

More: A look into Billy Miller’s life and career

After overhearing Dr. Obrecht talking drunkenly about Wiley’s parentage, Brad attempted to kill her on the Haunted Star during Elizabeth Webber and Franco Baldwin’s wedding reception by pushing her off the ship.

<p>Brad prays in the chapel at General Hospital. He has a hard time living with the lie surrounding Wiley being Michael and Nelle’s son. </p>

<p>Lucas hugs Brad at home and assures him of his love. Brad fears he’ll lose that love if Lucas finds out the baby secret. </p>

<p>Michael finds Brad and confronts him for acting strange. Brad covers then changes the conversation.</p>

<p>Lucas can’t shake the feeling that Brad isn’t being straight with him. Brad does everything in his power to reassure Lucas. </p>

<p>Julian grabs Brad by the shirt and warns him to straighten up and stop acting suspicious. If he doesn’t, there will be hell to pay.</p>

<p>Julian grabs Brad by the throat. He’s had enough of his nervousness regarding Wiley and again warns Brad of what he’ll lose.</p>

<p>Lucas is upset after Brad receives flowers at General Hospital. Brad insists he doesn’t know who sent them and refuses to believe that he has a secret admirer.</p>

<p>Dr. Obrecht corners Brad at General Hospital. She makes it clear that she knows Wiley is Michael and Nelle’s son. </p>

<p>Lucas and Brad attend Nelle’s parole hearing. Alexis fills them in how things will go down. </p>

<p>Brad stampers as he attempts to tell Lucas his baby secret. Lucas screams for the truth, to which Brad reveals Wiley is Michael’s son.</p> 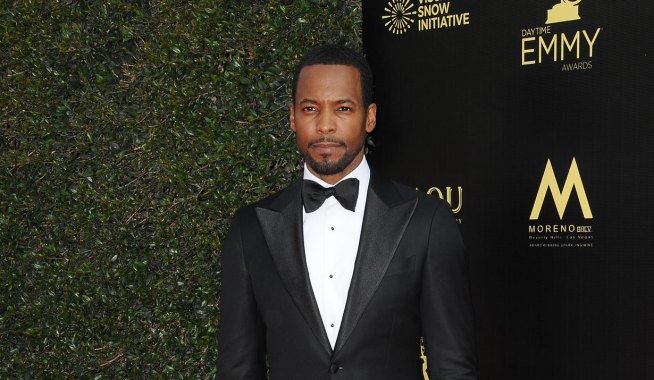 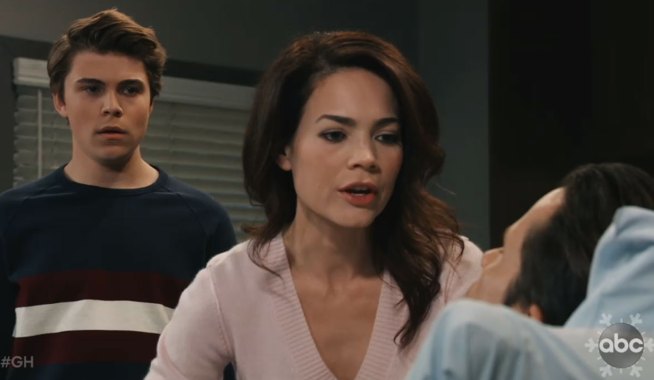