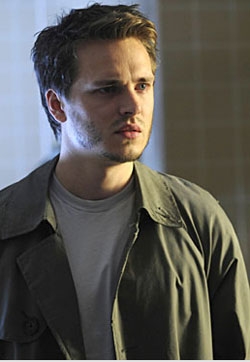 Jonathan Jackson will first air as Lucky on October 27.

As reported by Soap Opera Digest, Jonathan Jackson is returning to General Hospital as Lucky. He is set to report to work on October 1.

Jonathan won over fans in the role of Lucky from 1993-1999 where he first embarked on a sweet love story with Elizabeth. Since leaving the role, the actor starred in the movies, “The Deep End of the Ocean,” “Tuck Everlasting,” “Dirty Dancing: Havana Nights” and others, as well as appeared in several episodes of the TV series “Terminator: The Sarah Connor Chronicles.”

While this is exciting news, it comes at the expense of Greg Vaughan who has been playing Luke and Laura’s first progeny since 2003. As he stated on Twitter, Greg expressed, “As of today, with sad regrets, I will no longer be apart of what has been a big part of me and my families [sic] life. GH and TPTB have…choosen [sic] to take a new direction. I THANK ALL of YOU, for the many memories we’ve shared and new ones to come!!! ALL MY LOVE, & BIG HUGS…to YOU the FANS!!! I LOVE YOU ALL MORE!!!! GV

Update on General Hospital's Max and...