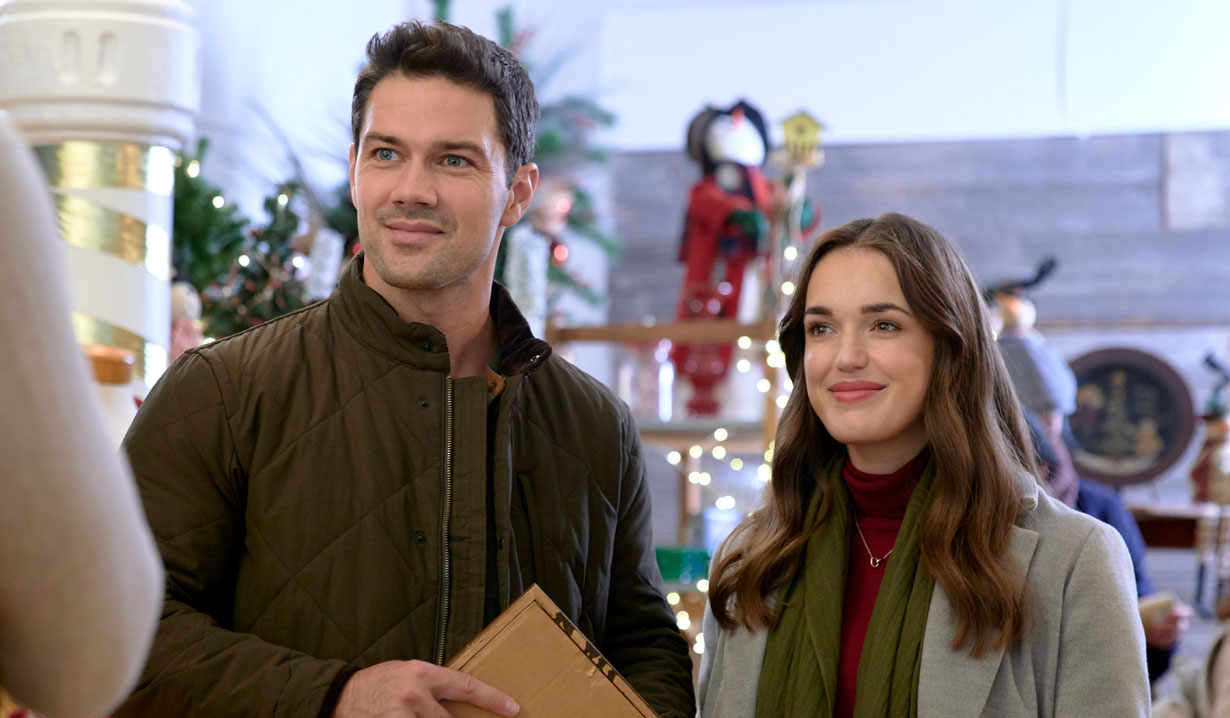 A Christmas movie and a holiday mystery in one.

Ryan Paevey played Detective Nathan West on General Hospital until his demise in 2018 and Soaps.com has been following him for the past few years in his various Hallmark movies. This weekend I watched Christmas at the Plaza with a shaker full of peppermint martinis since I follow the Hallmark Christmas Drinking Game. If you are interested in trying this delightful concoction then just mix 5 ounces vanilla vodka, 1/2 ounce peppermint schnapps, and 2 ounces white creme de menthe and pour over ice. The film, Christmas at the Plaza, detailed in one of our Hallmark Countdown to Christmas articles, finds historian Jessica (Elizabeth Henstridge, Agents of S.H.I.E.L.D.) taking on a job to create a history of Christmas at The Plaza’s display. However, she discovers more than she bargained for when she teams up with a handsome decorator named Nick (Paevey). The movie also featured Bruce Davison (X-Men) as The Plaza’s head bellman Reginald Brookwater and Julia Duffy (Newhart) as the manager Amanda Clark.

Not only does Jessica’s character have to create a historic display for The Plaza about the history of Christmas at the hotel, along the way she discovers the mystery of a missing tree topper for the grand tree in 1969. She learns the tree has had a tree topper every year except for that year. Why was there never one that year and what happened to it? The mystery leads to a surprising twist as Jessica and Nate team up to figure out what went wrong.

While decorating is always part of these Hallmark films in some fashion, it was central to this one as Paevey’s character Nick is a professional Christmas house decorator who has been hired by The Plaza to decorate their hotel. Often these movies are filmed in the summer, which leads to fake snow and noticeable seasonal discrepancies. Not so here! The scenes in the movie were breathtakingly gorgeous as it was set in New York’s The Plaza and made you wish you were there to experience the grandness of the hotel and all the decorations.

Historian Jessica has a Ph.D. and degrees in anthropology, urban archaeology, and sociology, and received a university grant to fund a study of the history of Christmas at The Plaza. Originally she doesn’t see the job as something that is going to change lives, but by the end of the film comes to appreciate what she was able to do for the hotel and discovers a little about herself along the way.

The cast in this film was top-notch throughout. There wasn’t a bad, cheesy or over the top performance. Henstridge and Paevey had delightful chemistry and the friendship that forms between Davison’s and Henstridge’s character was charming.

Nick and his family have several unique and heartwarming traditions. First, he and his family purchase, wrap and donate presents to the local homeless shelter, and they gather to wrap them while wearing ugly Christmas sweaters. The evening ends with a Christmas carol karaoke battle. Also, every Christmas Eve, Nick celebrates the night his grandparents met by having a glass of champagne at The Plaza in the space that used to be The Persian Room, one of the hottest clubs in the day where they met dancing.

As everyone knows Hallmark Christmas movies have themes that often carry from one movie to the next, and this movie didn’t disappoint. Jessica has been dating her boyfriend of two years and has agreed to meet his parents for the first time for the holidays. Of course, they are all wrong for one another, something she comes to realize when she meets Nick, who is Mr. Right. Jessica has a strict deadline to pull together her historic presentation, which culminates in the big event that is naturally a huge success at the end of the film, something she was unsure she could pull off. And long lost lovers reconnect after decades apart, which is only made possible because of Jessica’s research and presentation.

Surprisingly this movie didn’t have as many of the tropes found in other Hallmark Christmas films, which led to much less drinking according to the rules of the game. Naturally, characters drank cocoa at one point, leading to a swig. Paevey played Nick, a Christmas named character, so there went two more shots. There was an entire family in Christmas sweaters, which could have been a shot for each one, but I just did one for the scene. I also made some leeway and counted the Karaoke Christmas songs as caroling, so another shot! There was an almost kiss, a misunderstanding involving an ex, and a kiss at the end. Two shots and then I had to down the drink.

I really enjoyed this film because of the historical themed story, the mystery aspect, and of course because Ryan Paevey was in it! I give it 5 out of 5 ornaments for being a very different Hallmark Christmas movie.

<p>Amanda Clark is the manager of The Plaza. Clark greets Jessica, the historian who has come to research Christmas at the hotel.</p>

<p>Nick, who has been hired to decorate The Plaza, meets Jessica for the first time. She litterally pulls the ladder out from under him.</p>

<p>Jessica learns she’ll be working with Nick on her project researching Christmas celebrations at The Plaza. She but doesn’t know where to begin.</p>

<p>Nick takes Jessica to dinner at his parents. There they play Christmas karoake, wrap presents and bake cookies.</p>

<p>Jessica makes cookies with Nick’s mom. She tells Jessica that Nick hasn’t brought anyone home for the holidays in years.</p>

<p>Nick’s family, wearing their ugly sweaters, welcome Jessica. They hope they will be seeing more of her.</p>

<p>Nick and Jessica take the sites of New York in. They then head to a store in search of a lost tree topper.</p>

<p>Nick and Jessica begin to solve the mystery of the missing tree topper. Jessica is shocked to learn who the artist was.</p>

<p>Reginald, the bellman at The Plaza, locates the missing tree topper that Jessica is seeking.</p>

<p>Nick shares an important story with Jessica about his family history. Nick moves in for a kiss, but Jessica stops it because she has a boyfriend.</p>

<p>On Christmas Eve, Nick shares a toast to commemorate his grandparents first meeting one another at The Plaza. He’s later joined by Jessica.</p>

<p>Amanda Clark unveils Jessica’s History of Christmas at The Plaza display. It is a huge success.</p> 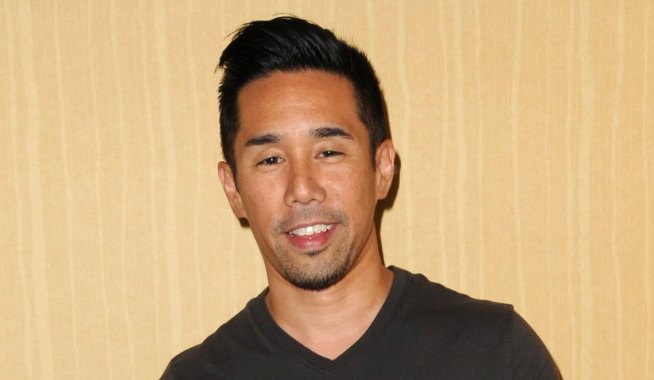 General Hospital and 'Will & Grace' Star Shelley Morrison Dead at 83 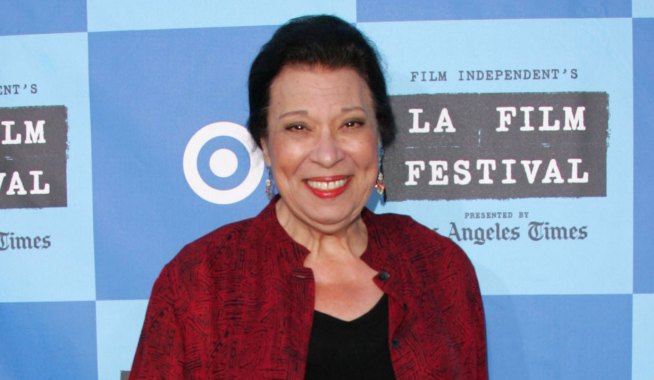