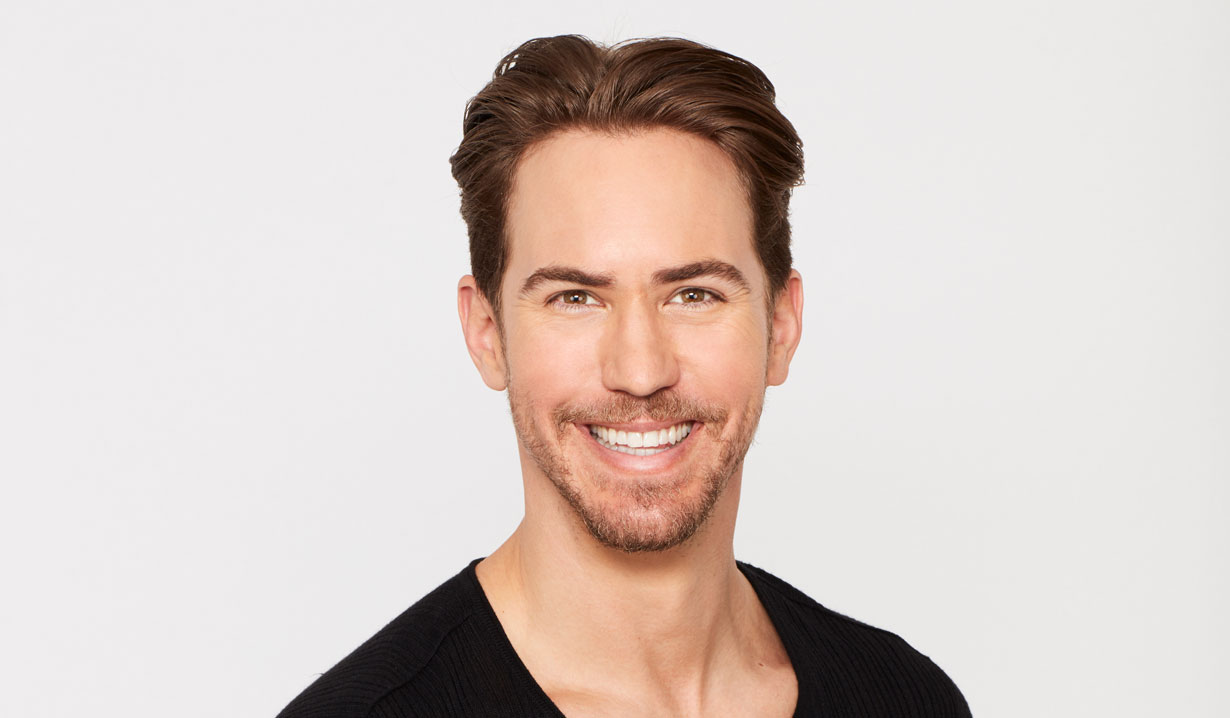 General Hospital actor on one of his most challenging, intense roles to date.

Soaps.com had the pleasure of speaking with General Hospital’s Wes Ramsey (Port Charles’ Peter August) about his new film Perception. Ramsey describes the film as an intense psychological thriller. He detailed that the film centers around, “A successful real-estate developer named Daniel, which is the character I play, [who] has a chance encounter with a psychic at her venue. This leads to a reading, and in the reading a connection with someone in Daniel’s past that he cared a great deal about. In that moment things begin to shift because you can have an experience of reaching out to someone from your past unexpectedly, but it’s someone you loved very much, cared about deeply, and who’s to say you couldn’t reconnect with them again. Then the question comes into play how far are you willing to go to reconnect with them again, and how far could that take you. From that moment you go on a rollercoaster ride of Daniel’s love, desperation and obsession with the idea [of reconnecting with a loved one].”

Without spoiling too much for those who have not seen the film, Daniel is not at all who he appears to be on the surface. In fact, General Hospital viewers might find themselves drawing parallels between Daniel and Faison (Anders Hove) in terms of their obsessions getting the better of them. Ramsey told Soaps.com he deeply enjoyed the role. “As an actor, you hope you can play a multidimensional character that is not a cookie-cutter image of a perfect hero, but maybe someone who is flawed. Because we can all understand that in life we’ve made mistakes, and dealt with how a sense of our emotions come into play when we want what we want and can’t get what we want. I think that is part of what really happens in this film. You have someone who is very smart, very intelligent, and then these circumstantial events take the character and the audience on a path of events and a downward spiral. I think that’s fun to play for any actor and any storyteller.” Ramsey also admitted filming Perception and playing Daniel was different than playing Peter on General Hospital. “Daniel’s journey was the most challenging [role to play] for me. Because when things unravel, they unravel quickly. There are moments where you really sense and feel desperation, that point of no return. With Peter, he’s gone through a lot of very intense situations as well, like being tied to a bed last summer and tortured for months in a cabin, but there is room for those stories to continue progressing and evolving. In the world of daytime, General Hospital is owned by ABC, and we have their parameters. And ABC is owned by Disney, and we have their parameters. Perception is uniquely its own journey, and for me, as a character, I think it was certainly one of the most intense shooting experiences I’ve had in my career.”

Spirituality and the paranormal

Ramsey is not new to films. He got his big break with Latter Days and recently appeared in Last Seen in Idaho, which also starred Days of our Lives‘ Shawn Christian. Both Perception and Last Seen in Idaho have paranormal twists involving psychics, and we wondered if Ramsey believed in the paranormal. “I think that any artist with their own connection to their own sense of imagination is open to the idea that many things are possible. I have to believe based on science and the universe that maybe we aren’t necessarily alone out here in the galaxy. When it comes to spirituality I most definitely believe that. You don’t have to be a psychic to feel energy, and participate in the shifting current of how someone feels intuitively. I have never had any direct paranormal encounters or activity in my life. But I certainly believe people when they talk about the stories that have happened to them. The same way everyone carries their own individual spirit, I believe some people are more open and a conduit for that type of encounter. I know my mother is very intuitive, and I’ve inherited some of that from her, but I certainly also have never seen a ghost in my life. Knock on wood. If I ever did it would probably certainly change my life.

Carrying on a General Hospital legacy

We then switched gears and asked about his General Hospital role. What it was like for him to play the alleged offspring of Anna Devane (Finola Hughes) and Faison (Anders Hove), two of the most iconic characters in the show’s history? Ramsey chuckled when we joked it was like Sherlock Holmes and Professor Moriarty having a child. Ramset revealed the show did not disclose Peter’s full history to him when he started on the soap opera.  “I found out a couple months into my story we were talking our holiday break. They set me down before our three week Christmas vacation and New Year’s vacation and they told me what I was coming back to. I spent the holiday watching hundreds of YouTube videos of Faison and Anna Devane. In that moment I had no idea the connection to Anna, I just understood his father is Faison. And who is Faison? Faison is obsessed with Anna. I need to understand what that means. It was incredibly invaluable to have all that footage and to try to live up to the legacy of the show. That’s important to me and not to be taken lightly. I feel fortunate and incredibly blessed to be given this great gift, not a burden, by the writers to be able to carry this legacy for better or for worse into the future of Port Charles, and all of the struggle of good and evil, and light and dark that goes along with that. It’s an incredibly exciting opportunity.

Viewers of the soap know that Anna suspects Alex maybe Peter’s real mother and thanks to Dr. Cabot’s memory transfer experiments, the memories of conceiving and giving birth to Peter were implanted in Anna. Anna has gone off to find Alex and get the truth, but Peter has been left in the dark. We wondered about Ramsey’s thoughts on this storyline and what it could mean for his character. “I’ve thought about that because Peter was already in such a fragile state coming out of the drama of his father and that relationship if you want to call it that. The struggle to build a connection with Anna Devane has been tenuous at that. The two of them have worked hard to form some sensitivity and some sense of trust and understanding of who they are to each other. And I believe that has not come easily to Peter at all. I feel after all of this work to form a bond and a sense of trust with Anna, that the idea of all of that could be ripped out from under him, like everything else it seems in his life has been, obviously, it is a great story and wonderfully dramatic. But I think it is also going to be incredibly traumatizing because he has struggled his whole life to have some sense of family and some sense of identity based on his background, and some sense of acceptance based on his background. And so the idea he could come to trust again and it all be taken from him could be very devastating.”

Many viewers are thrilled that Peter has finally begun dating Maxie Jones (Kirsten Storm), but Ramsey was shocked to learn some fans would rather see him with Lulu Falconeri (Emme Rylan). It’s something that never crossed his mind. “Peter is very devoted to Maxie and cares very deeply about her, and respects Lulu a lot and has a great working relationship and they’ve become friends. I think there is a loyalty Peter has towards both of them, and a lot of integrity attached to that, so I wouldn’t assume that Peter would be the kind of guy who after finding true love for the first time in his life would betray his relationship with Maxie and his bond with James, and his brother Nathan that he never got to know. That’s a real bond he respects. Lulu… I have yet to see there is a reason to believe that is a story that will be told. But then again we are a soap opera and the world of Port Charles, so only time will tell, and you never know.” Ramsey works with his real-life love interest Laura Wright, who plays Carly Corinthos. Though the two are always at the Metro Court, they’ve rarely crossed paths. We asked if he’d like more scenes with Laura, or if they would find it awkward, he confessed, “It’s not awkward at all. I think it’s wonderful when the writers do throw the fans a bone so to speak, and they do have a chance encounter. It’s happened a couple of times. While brief, I know it’s something we, Laura and I, have enjoyed and the fans have enjoyed as well. That being said, Laura likes to point out that Peter is someone who is not in any way in Carly’s good graces. So whatever scenes would be written would be very protective of the fact that Peter, as far as Carly is considered, is responsible for her best friend Jason Morgan being far away from Port Charles when she needed him, and perhaps in situations that were not happy or fun or comfortable for Jason. So the loyalty between the incredible friendship that is Jason and Carly is real. And Peter is someone who upon arriving in Port Charles is grateful for having a roof at the Metro Court that Carly has been good enough to provide him with, and he’s been living there for quite some time, I don’t yet know if the two of them have been able to connect in any other way. I think that Peter is leery of knowing how close Carly and obviously Sonny are with Jason Morgan. And I think that Peter is very much aware that Jason is someone he has a history with and therefore indirectly connected him with a chance at rewriting that story of Peter.”

Perception will be available on DVD and On-Demand on Tuesday August 6 and of course, fans can continue to watch the drama unfold with Ramsey as Peter on General Hospital. 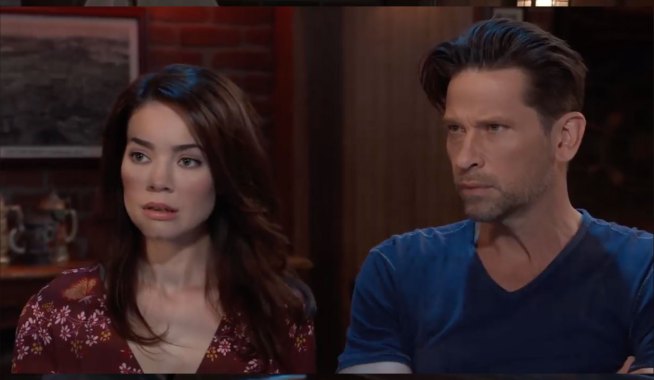 GH Spoiler Video: Jason Chokes Shiloh in an Attempt to Save Sam 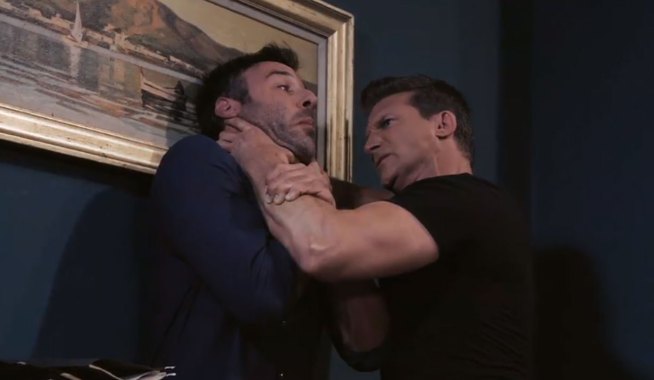