Soaps.com is sad to report the death of Arte Johnson, best known to many for staring in the television sketch comedy Rowan and Martin’s Laugh-In. 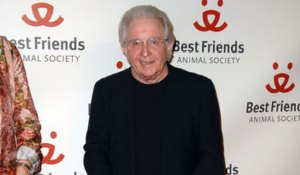 In 1991 he also appeared on several episodes of General Hospital as Finian O’Toole. Johnson died at the age of 90 on July 3 at Cedars-Sinai Medical Center in Los Angeles of heart failure. For the past three years, he had been battling bladder and prostate cancer. He previously battled non-Hodgkin’s lymphoma in 1997.

Arte Johnson was born on January 20, 1929, in Benton Harbor, Michigan as Arthur Stanton Eric Johnson. He graduated from the University of Illinois in 1949 with a degree in radio journalism. Johnson left for New York City in search of work when no jobs in Chicago ad agencies opened for him. In New York, he first found work at a calendar company, and later served time in the Army. After he began working at Viking Press and developed a life-long love of reading and book-collecting. He stumbled into showbiz by impulsively stepping into an audition line at Broadway theater, charmed songwriter Jule Styne, and successfully landed a part as a 65-year-old Frenchman in the Broadway production of Gentlemen Prefer Blondes. After several shows on and off Broadway, he went to Los Angelos in 1955, where he appeared on several shows including The Twilight Zone, The Red Skelton Hour, and The Andy Griffith Show. His stage name Arte was an accident when his name was mistakenly posted as Arte on a playbill instead of Art E Johnson. He was married to Gisela Johnson from August 15, 1968 until his passing.

Johnson is best known for his more than 60 comic characters he portrayed on Rowan and Martin’s Laugh-In from 1967 until 1971. His most memorable character was Wolfgang, a former German stormtrooper who hadn’t come to terms with the end of World War II and constantly muttered the phrase, “Verry interesting,” in response to most everything. He also played Piotr Rosmenko, an Eastern European song-and-dance man and Rabbi Shankar, an addled Indian guru. Another of his popular characters was that of Tyrone F. Horneigh, a dirty old man who constantly came on to the spinster Gladys (Ruth Buzzi) on a park bench, only to be beaten by Gladys with her oversized purse. His work on the show earned him an Emmy in 1969. On the big screen he portrayed Count Dracula’s (George Hamilton) sniveling manservant Renfield in the 1979 film, Love at First Bite. In the eighties, he guest-starred in a number of hit shows, such as The Dukes of Hazzard, Fantasy Island, Trapper John MD, and Hotel. He also lent his voice as a voiceover artist to animated shows such as Justice League, The Sylvester & Tweety Mysteries, The Snorks, The Smurfs and Animaniacs.

Johnson is survived by his wife Gisela Johnson and his brother, Coslough Johnson, who was a comedy writer for shows including The Monkees, Laugh-In and The Sonny & Cher Comedy Hour. Soaps.com sends our condolences to his friends and family.