Ryan Paevey Saddles Up for Hallmark’s ‘A Summer Romance’ 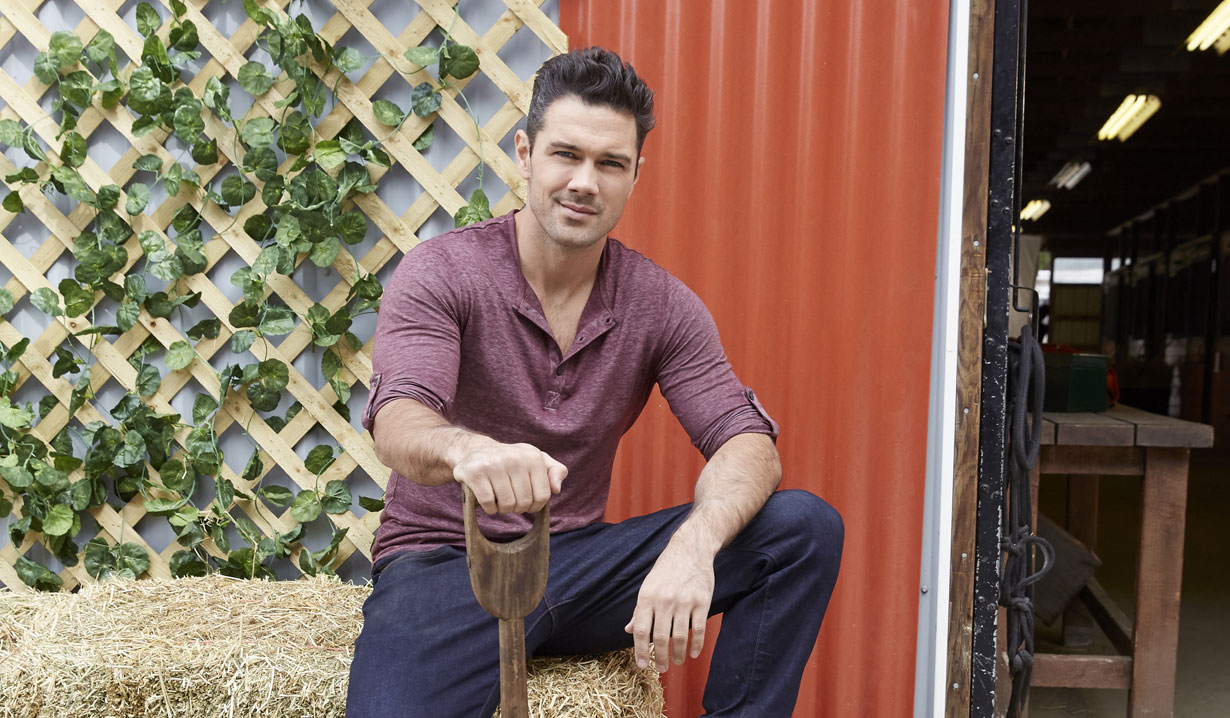 General Hospital alum Ryan Paevey (Nathan West) will be starring in the upcoming Hallmark Channel movie A Summer Romance, previously titled Dude Ranch and written by Robert Tate Miller. The actor is currently filming in Surrey, British Columbia and took to social media to share fun photos from the set. In one snapshot, Paevey, wearing a cowboy hat and seated on top of a horse, stated, “I think the hat’s growing on me. Figuratively speaking. #hallmarkchannel #duderanch #onset #stillworkingoncantering.” In another photo, containing a beautiful backdrop of the outdoor set, he shared, “No hour of life is wasted that is spent in the saddle.” A representative of Hallmark exclusively tells Soaps.com that the movie will be part of their Summer Nights programming event and is tentatively scheduled to premiere on Saturday August 17 at 9:00 PM. The story follows a property developer named Richard (Paevey) who sets out to convince a Montana ranch owner named Samantha (Krakow) to sell her property. During their time together, he falls for the country cowgirl, as she does for the city slicker.

More: Soap stars in Hallmark’s Countdown to Summer May premieres

Of the movie, writer Robert Tate Miller expressed, “Looking forward to visiting the set of my new Hallmark movie #duderanch next week! Great cast and crew! So much fun to write.” Director David Winning also posted photos from behind the camera and his caption revealed more of the cast. “Movie #36 Happy to be back on the Ranch … @erinkrakow @RyanPaevey! @avagcooper @hallmarkchannel @yvrshoots #DudeRanch.” When Calls the Heart’s Erin Krakow (Elizabeth Thatcher), who stars opposite Paevey, shared a video on Instagram introducing young actress Ava Grace Cooper in the role of Annie. Incidentally, Cooper was just nominated for a Young Artist Award for Recurring Young Actress in a TV series for her role as Emily in Beyond, as well as for Television Movie/Special for a Youth Actress for When Calls The Heart Christmas Special: The Greatest Christmas Blessing as Opal Weise.

We will update readers when photos and promos become available.

Looking forward to visitng the set of my new Hallmark movie #duderanch next week! Great cast and crew! So much fun to write.

I think the hat’s growing on me. Figuratively speaking. #hallmarkchannel #duderanch #onset #stillworkingoncantering

“No hour of life is wasted that is spent in the saddle”. #notabadview #takinabreak #duderanch