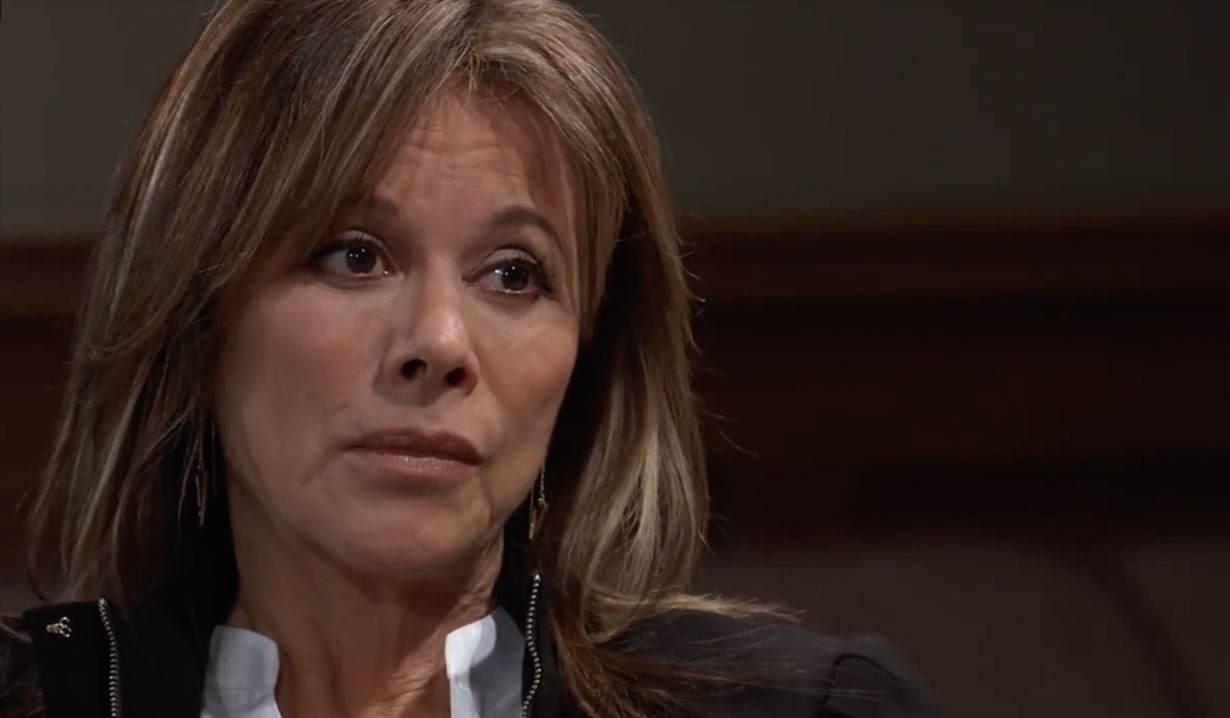 In this week’s General Hospital spoilers, Alexis discovers Julian helped Kristina. We can only assume that means she knows about the $10,000 loan. While we’re not sure exactly how that piece of information will affect Alexis, Soaps.com has a couple of thoughts on the development.

When Kristina started working for Julian at Charlie’s Pub viewers knew it could complicate things for exes, Alexis and Julian. At the very least, it would bring them into each other’s orbit more. And it has, but they’ve been very adult about it with Alexis respecting and even encouraging Julian’s relationship with Kim, and Julian looking out for Alexis’ daughter Kristina. We just didn’t think his looking out for her would translate to giving his employee a $10,000 loan.

Now that Alexis knows about it, how will she react? Knowing the high strung attorney, we can’t imagine well. We envision her hightailing it over to Charlie’s to give Julian a piece of her mind about the money he blindly gave Kristina to further entrench her in the Dawn of Day cult. But considering Julian is comforting a grieving a Kim over the impending loss of her son Oscar, she might just go easy on him. There’s also the possibility that a fiery confrontation could lead to passion if Kim is focusing all her attention on Oscar at the Quartermaine mansion and isn’t around. Or, could Alexis be touched Julian was willing to help out her daughter with no questions asked?

Another possibility is that Alexis will keep the information to herself in light of the Kim/Oscar situation and let it all out in therapy with Neil. Or, maybe they’ll meet up at The Floating Rib again and this time he won’t charge her for an impromptu venting session. Instead, could it further their personal relationship? Maybe, as next week’s spoilers indicate Neil comforts Alexis.

More: Are you able to forgive characters like Julian?

As for Kristina, the $10,000 is probably the least of Alexis’ worries where her daughter is concerned. First, they need to get her away from Dawn of Day and then they’ll presumably have a chat about why she thought it was acceptable to take Julian’s money in the first place.

How do you think Alexis will react? Tell us your theories below!