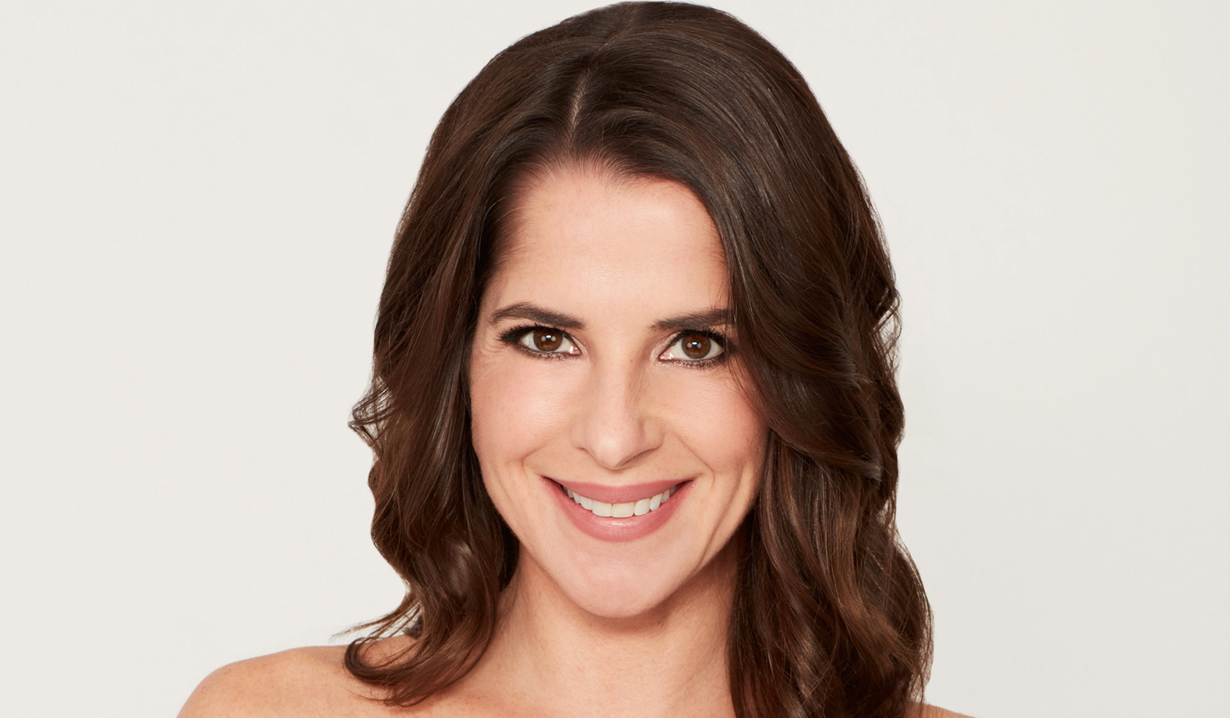 Daytime star discusses the evolution of her character.

Kelly Monaco joined General Hospital as Sam McCall on October 1, 2003, after three years playing Livvie Locke on the show’s then just canceled spin-off Port Charles. The actress recalls in an interview with Soap Opera Digest that she was devastated to learn of PC’s cancellation because it’s where she got her start. However she was soon flooded by calls from all the networks who wanted to scoop her up for their shows, but she insisted on committing to GH because it was her favorite soap opera, her mother watched it when she was younger, and she felt the most familiar with it. The show created the role of Sam for her, and fifteen years later the character is still going strong.

Reflecting back on her character, she notes that Sam had a rough and tumble start. Early on her character became involved with, and even carried Sonny’s baby, which she sadly lost. Monaco recalls her trepidation in becoming involved with Carly and Sonny’s storyline due to their huge fanbase. “They did not like this little hussy coming in and messing with their Sonny and Carly, that’s for sure! It really could have been a ticket to take me out of town, but something beautiful happened within that stuff, and I don’t think we would have had Jason and Sam if we hadn’t had the Sonny [storyline].” To this day the death of Sam and Sonny’s child remains her favorite storyline due to the emotions involved. Without going into details she revealed, “I was in a very similar situation and I don’t know if I ever had an outlet for my feelings and sadness. I think so many people connected to that storyline and it really changed the course of who Sam McCall was.” Eventually, it was revealed that Sam was the long-lost daughter of Alexis Davis and she was tied to the Cassadine family through her mother. The mother and daughter got off to a rocky start, but Monaco notes, “That was just as an import of a storyline as being pregnant with Sonny’s baby… That meant I had a foundation in this show.”

On camera, Monaco’s character has had a lot of friction with Elizabeth Webber (Rebecca Herbst), but off camera, the two are amazing friends. “I could probably not love another actress on our show more than Becky. She could not have been a better friend to me over the past 15 years. She’s like a sister to me,” Monaco says of her co-worker. Another character Sam butts heads with is Franco, and Sam’s fans still resent the character’s presence on the show. Monaco feels, “We gotta get over it! I mean Roger’s [Howarth] getting the wrath of what should have been a little blip played by James Franco. He’s [Howarth] so good, he’s such a good actor, I wish we could just blink and make that whole thing go away and have none of that stuff ever happened. I feel bad for Roger, but I think I’m gunna have to hate him forever!”

Monaco also touched upon the departure of Steve Burton (Jason) in 2012 and remarked, “I didn’t have any other choice but to sort of get on board with whatever they had in store for Sam. You got to see the character take on a different role as a mother, as a woman, and as a professional.” She also took time to thank her fans. “It’s been an amazing 15 years and I hope that this genre stays around long enough for you to enjoy another 15.”