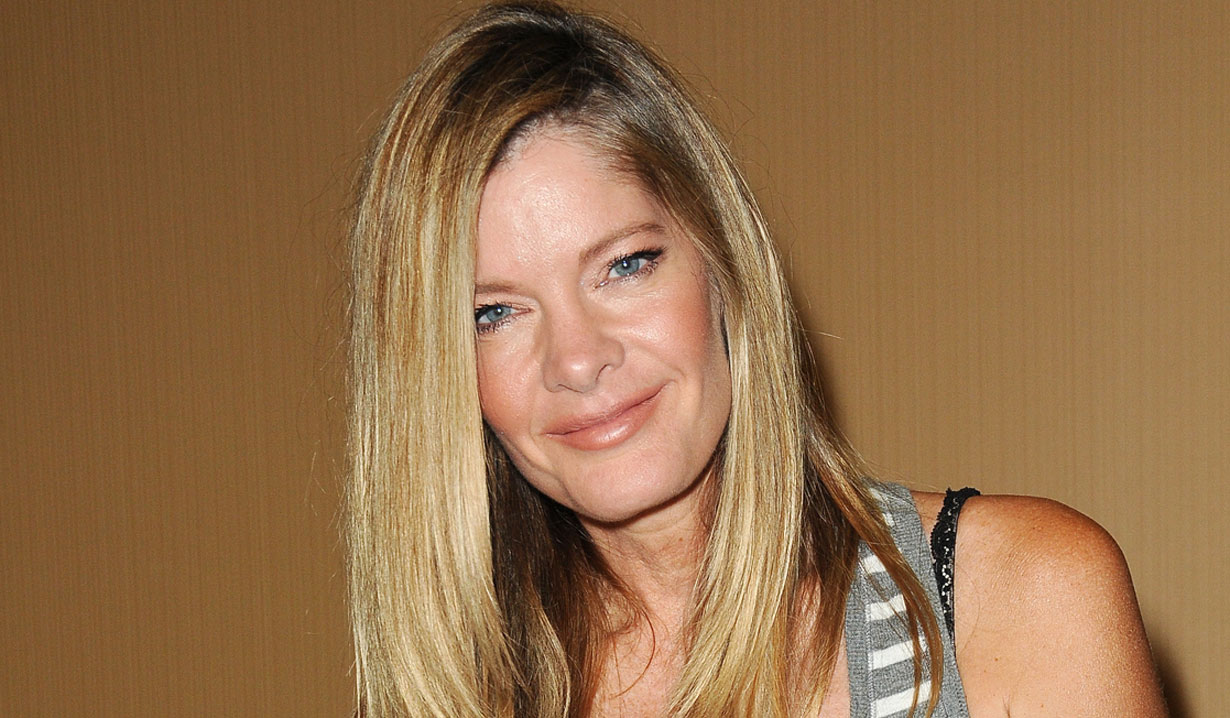 Soaps.com has learned that General Hospital’s Michelle Stafford (Port Charles’ Nina Reeves) is continuing to expand her businesses outside of daytime by venturing into women’s apparel. Stafford already has a successful skin care line, Skin Nation, which she launched back in 2015.

Stafford started the clothing company, Scout and Jones in 2016, and trademarked the name in 2017. Initially the company was based around hip, stylish and organic friendly baby clothes. Their website advertises a variety of bib types and styles for infants and younger children made from soft organic cotton and polyester fleece. The company may have been inspired by Stafford raising her two children as a single mother, as well as her personal belief in using healthy, natural and organic products whenever possible. The actress has an 8-year-old daughter, Natalia Scout Lee, and an almost 3 year old son Jameson Jones Lee Stafford.

More: Vinessa Antoine’s Diggstown to air in US

However, today Stafford announced that the clothing line was shifting its focus to become a women’s apparel line. The designs will be created by Stafford and the company’s new goal is to make women feel beautiful. The actress revealed a smart fitting hot pink dress with ribbon stitching up each side of the outer thigh on social media as its first design, which she has named ‘the firecracker’ dress. The second dress is appropriately named the ‘not naked naked’ two-piece ensemble, which is tan in color with a long sleeved crop top that has white ribbon covering the chest, arms and the skirt is tan with white ribbon down the length of the hips to the knees. The third piece is a sexy red number called ‘the sure thing’, Stafford says, “For obvious reasons.” It’s a rival of the little black dress, sleeveless, and as with the other two pieces, is must-see and must-have. The next on Stafford posted is ‘the party all night’ dress, which is great for a picnic in the park, billowy and off white. Soaps.com will continue to follow Stafford’s exciting new venture and bring you updates.

“Scout and Jones” is now a woman’s apparel line! Created by Michelle Stafford. Our goal is to make you feel beautiful

We officially got deemed “Scout and Jones” by trademark today!! This is our name forever!

We called this “The Sure Thing” dress. For obvious reasons. ❤ #ScoutandJones

This is our “not naked naked” piece. #scoutandjones