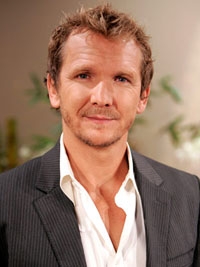 Beginning today, all five episodes (three of which didn’t air) of the “The Beautiful Life” will air on YouTube. That means you can catch Sebastian Roche in his episode that didn’t make it to the small screen.

The show’s first three episodes will air today, with the other two premiering on December 21. According to Roche, he can be seen in the third installment.

Producer Ashton Kutcher is hoping “TBL” will do well enough on YouTube to garner sponsors for more original episodes on the web. Did you know that As The World Turns’ Billy Magnussen Was On The Beautiful Life as well?

After just two episodes, “The Beautiful Life” has been canceled. The show has reportedly already been pulled from the CW’s lineup, with a replacement to be announced.

As Sebastian recently tweeted, he probably won’t be seen on GH any time soon, but he will be appearing in the 3rd and 6th episodes of “The Beautiful Life,” which premieres September 16 on The CW.

He’s back on GH for a brief run, but once he’s done, it looks like Sebastian Roche (Jerry) is off to Primetime.

The actor let his next step be known on Twitter, saying, “just booked a recurring role on “The beautiful life” on the CW. Very excited!”

“The Beautiful Life,” executive produced by Ashton Kutcher, is about a group of models living together in New York and will star Mischa Barton and Elle Macpherson.

“The Beautiful Life” premieres on September 16.

Soaps.com congratulates Sebastian on his new role, but hopes he’ll always have time to return to Port Charles!