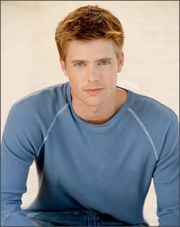 The Gay & Lesbian Alliance Against Defamation (GLAAD ) has announced their nominees for the 18th Annual GLAAD Media Awards and our very own General Hospital has been nominated for Outstanding Daily Drama. The other nominees for the same category are All My Children, As the World Turns and Passions . You can view the entire list of categories and nominees here.

The GLAAD Media Awards will be televised on LOGO, MTV Networks' cable channel April 21, 2007. If you would like to attend one of the ceremonies, they will be held in New York March 26, 2007 at the Marriott Marquis; in Los Angeles April 14 at the Kodak Theatre; in San Francisco April 28 at the Westin St. Francis; in South Florida May 10 at the JW Marriott Miami.