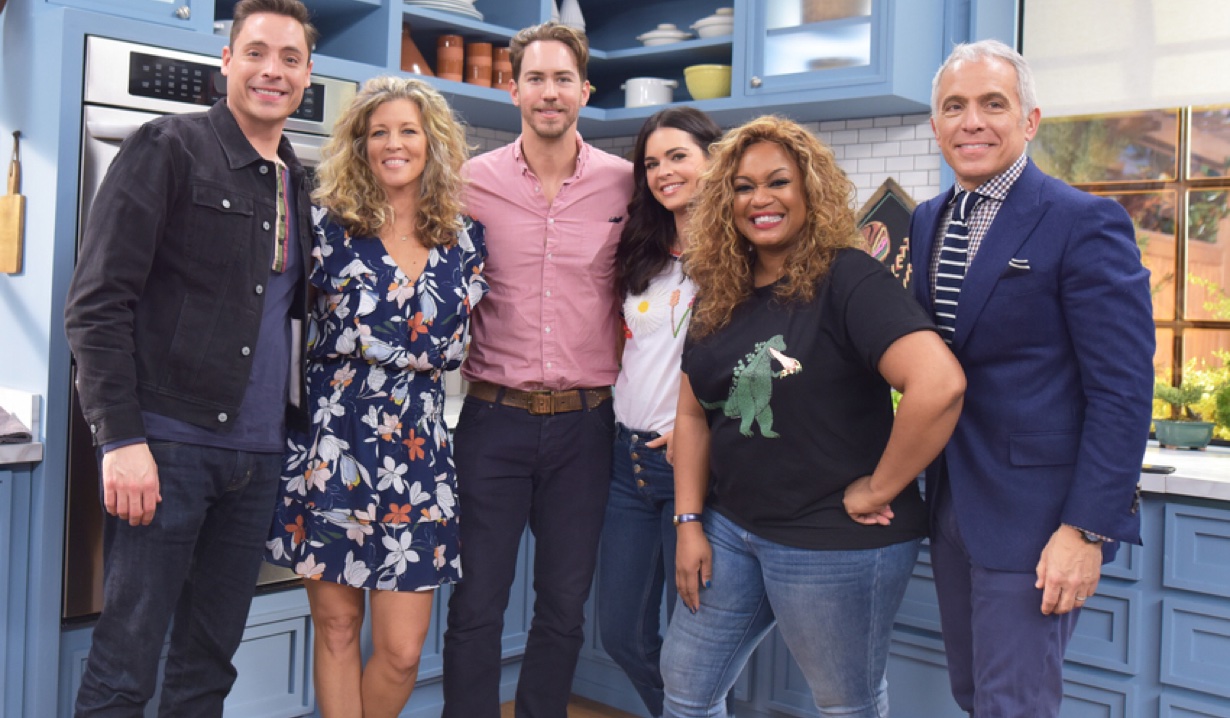 Soaps.com has learned that General Hospital’s Laura Wright (Port Charles’ Carly Corinthos) and Wes Ramsey (Peter August/Henrik Faison) will appear on the April 14 episode of Food Network’s show The Kitchen. In the episode Let’s Do Lunch, the hosts will share delicious new ideas for lunch, and co-host Jeff Mauro kicks things off with Mauro’s Muffaletta. Nutritionist Joy Bauer stops by with healthy swaps for a chicken salad with Caesar dressing. Katie Lee will cook up a quick and easy black bean and kale soup, and Geoffrey Zakarian freshens things up with a Greek salad. Sunny Anderson will build a lemon teriyaki chicken and rice bowl with special sous chefs Wright and Ramsey. The actors will also help brew a fruit infused cold brew tea for a refreshing end to the meal.

Laura Wright and Wes Ramsey starred together back in the early 2000s on Guiding Light. Wright played Cassie Layne from 1997 until 2005, and Ramsey played Sam Spencer off and on from 2001 through 2008. After they left the show they lost touch, but reconnected in 2017 at the Daytime Emmys. Laura Wright divorced her husband John Wright and was not looking for love, but the two hit it off and began a relationship. In late 2017 Wes Ramsey joined General Hospital as Peter August, a publisher with a mysterious past. Ramsey recently moved in with Wright, and they share the house with Wright’s children John (17) and Lauren (19).

<p>Sunny Anderson, Wes Ramsey and Laura Wright on the set of ‘The Kitchen.’</p>

<p>Sunny Anderson, Wes Ramsey and Laura Wright on the set of ‘The Kitchen.’</p>

<p>Wes Ramsey and Laura Wright, as seen on Food Network’s ‘The Kitchen’</p>