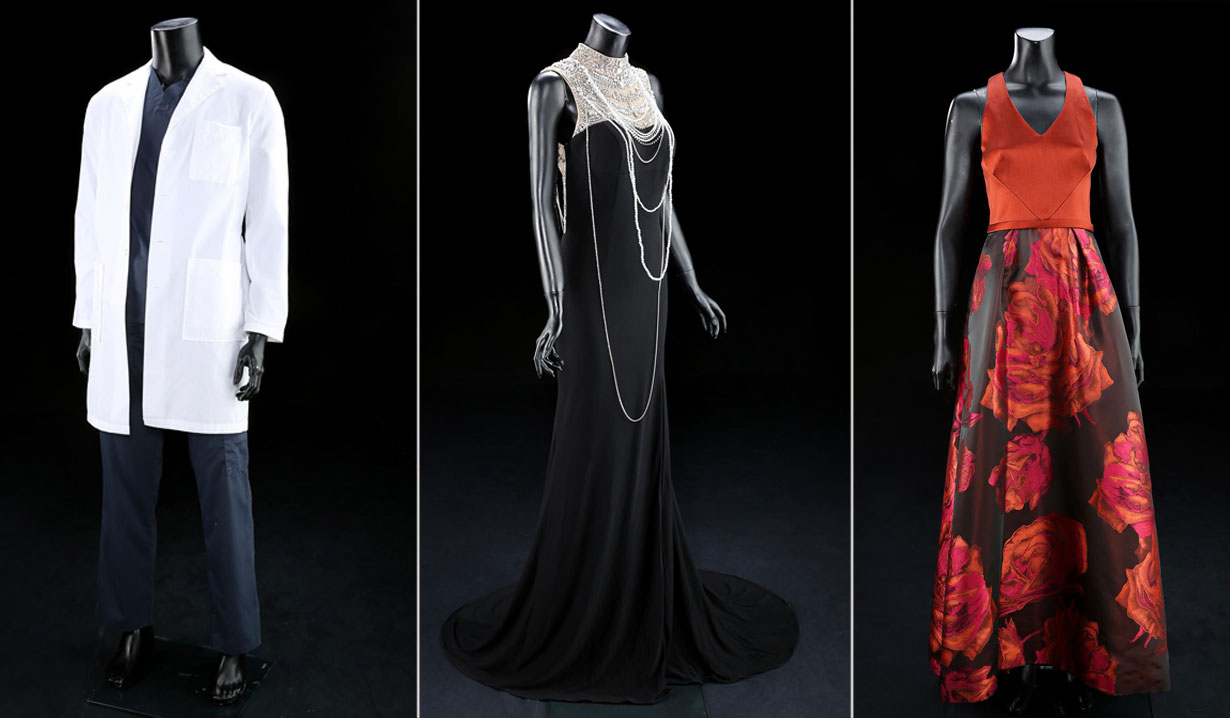 Own a piece of Port Charles history!

To celebrate General Hospital‘s 55th anniversary, the show and ABC have partnered with Prop Store, one of the world’s leading film and television memorabilia companies, to host an online auction. The first of its kind, the exclusive online auction offers fans of GH the opportunity to own coveted pieces from the show, which include costumes and props. Among the items available are Kirsten Storms’ (Maxie Jones) 2015 Christmas Ball gown and Finola Hughes’ (Anna Devane) 2016 Nurses’ Ball gown. Faison’s (Anders Hove) Duke Lavery (Ian Buchanan) latex mask is up for auction, along with Obrecht’s (Kathleen Gati) Anna mask. You can also own pieces from beloved characters such as Luke and Laura Spencer (Anthony Geary and Genie Francis), Sonny Corinthos (Maurice Benard), Carly Corinthos (Laura Wright), and many more. You even have a chance to bid on the Ice Princess diamond! All items are significant of the show’s rich 55 year history and include a Prop Store certificate of authenticity.

This auction will be held exclusively online and the items are available to ship worldwide. All sales in the auction are final, and a no-reverse sale, meaning all final bidding prices are determined solely by bidding activity. Bidding on the items begins today and will continue until Friday April 13. To view the full catalogue of the items up for auction visit General Hospital’s 55th anniversary auction at the Prop Store.

The Prop Store sells original movie memorabilia, hosting multiple live and online auctions annually from its facilities in Los Angeles and London on its e-commerce site. It has been in operation since 1998. The Prop Store founder Stephen Lane’s love for movies led him to begin hunting for the same props and costumes that were used to create his favorite films. Lane found that he could not only provide collectors with access to their most coveted pieces, but also establish archival standards for a new, pop-culture hybrid of fine art and memorabilia collecting.

Bill Maher Rails At Voter Suppression; Says Rudy Giuliani “Gets To Eat The Flies That Land On Mike Pence’s Head”