General Hospital Stars Interviewed on Fondest Memories Over the Years 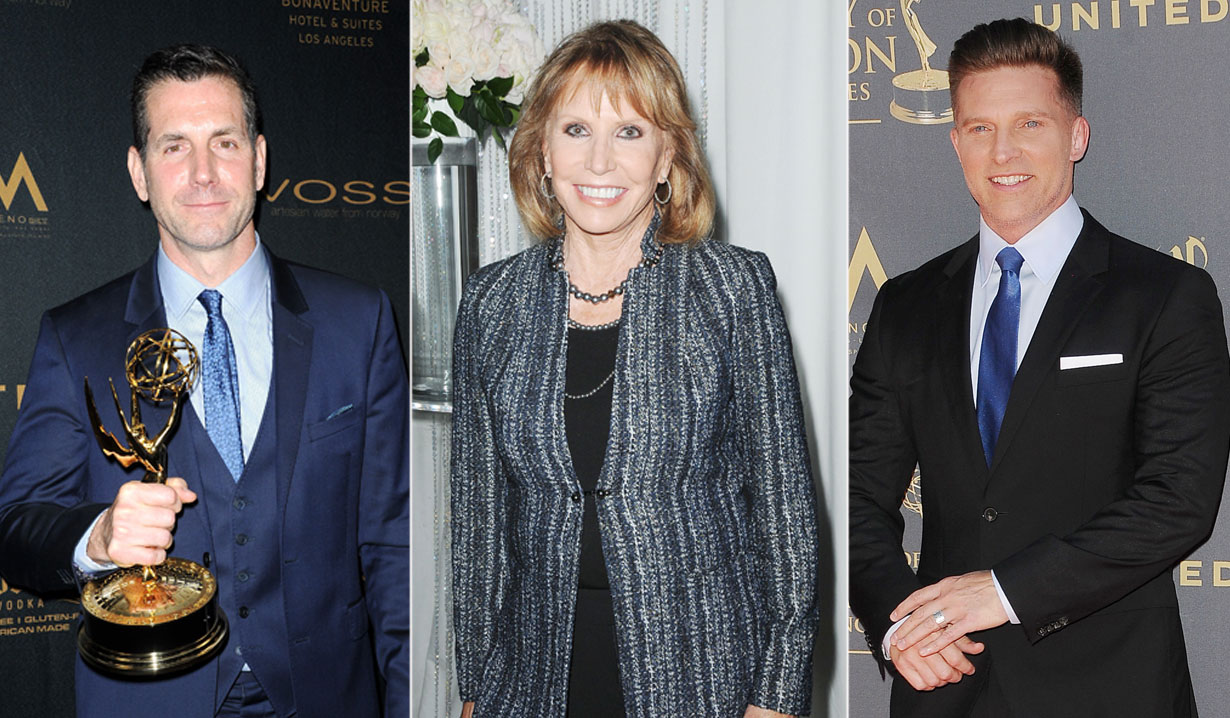 Over the years GH has been praised by numerous national organizations for elevating public awareness of important health and social issues. The show has had storylines dealing with HIV/AIDS, tolerance and understanding for gay, lesbian and transgender people, bipolar disorder, accurate portrayals of tobacco, drug and alcohol addiction, breast cancer awareness, sexual child abuse and organ donation. GH has definitely made a mark during the fifty-five years that it has been on the air.

GH‘s Executive Producer, Frank Valentini says the very special 55th anniversary episode, “ties together with a lot of surprises and familiar faces.” He calls GH one of the original binge watch shows that people would watch an entire week’s worth of episodes they recorded on VHS. However, in today’s market, “It’s most exciting to watch it live, and most fun to watch it with a friend or family.”

Of the anniversary show, Jacklyn Zeman (Bobbie Spencer) notes that, “a lot of characters are represented and a lot of storylines, and there are flashbacks.” Kirsten Storms (Maxie West) said about the anniversary episode that, “I think the fans are going to love it because it’s very nostalgic and they’re going to pinpoint on some of the great memories the characters have had.” Laura Wright (Carly Corinthos) believes the anniversary show, “Will be a special episode. Very colorful, very fun, and it will probably make you cry.”

More: Vote for 2017 stories in the Sudzies

Many actors shared their memories of being on the show and why it’s been so meaningful to them. Leslie Charleson (Monica Quartermaine) remembers her first day on the show because not only was it the day that Elvis died, but also a strike was going on at the studios, so she noted it was, “a day that would live in infamy in my life.” When asked what being on GH means to Nancy Lee Grahn (Alexis Davis), the actress stated, “For me to have the gift of 21 years… most actors don’t get to act for that long, and I’m still doing it, and I still love it.” Wally Kurth (Ned Quartermaine), who often sings on the show says he, “Feels very fortunate and very lucky to also be able to sing on these shows. I’ve always wanted a career where I could do both. It’s great that I’ve been on a show where I can sing at the Nurses’ Ball and on the 55th anniversary episode. Singing and music is all part of the romance and romantic love stories.” Lynn Herring (Lucy Coe) noted the importance of the Nurses’ Ball, which has become a yearly event that the viewers look forward to. “It blended reality and theatricality because we’re giving people information they really need to have about AIDS. It’s still a prevalent issue globally.”

What is it about GH that has made it last 55 years? Finola Hughes (Anna Devane) feels at its core the show is about, “Human interaction, the challenges everybody faces, be it within your family, your friends, relationships, sometimes health. We also have this fantastical side, the mob, the WSB, and spies. We go out there and tread that very carefully.” Steve Burton (Jason Morgan) says the show’s continued success has a lot to do with the network’s commitment to it. “I think ABC really cares about General Hospital and the brand, because it’s a huge brand. Anywhere you go and say General Hospital, and people say, ‘Oh yeah I know!'”

Even some of the newcomers shared their views on what GH means to them and why it’s so popular. Donnell Turner (Curtis Ashford) was a fan of the show before joining. He said, “I’m grateful, thankful and humbled to have watched the show as a kid and say, ‘I want to do that’ and then to be here.” When asked why he thinks the show continues to thrive, Wes Ramsey (Peter August), gives credit to the writers who, “keep the stories current and interesting, to keep the hooks and to keep people guessing and wondering. It’s really a testament to their hard work and respect they have for the show and the characters.”

Be sure to tune in to the 55th anniversary of General Hospital today on ABC. Soaps.com congratulates the cast and crew and hopes for another 55 years to come.