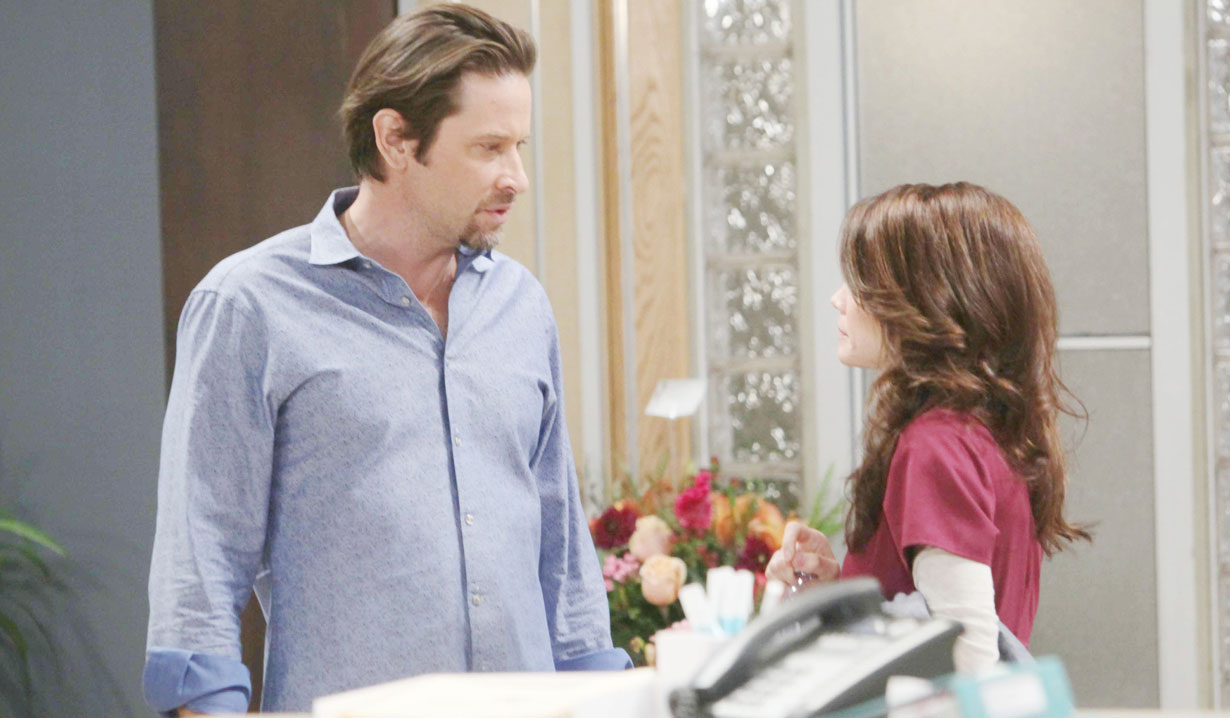 Julian and Alexis are forced to listen.

Tuesday on General Hospital, Curtis wants to be released, Kiki wonders why Michael is really at the hospital, and Nelle patronizes Carly. Read Soaps.com’s General Hospital spoilers to find out who’s taken aback.