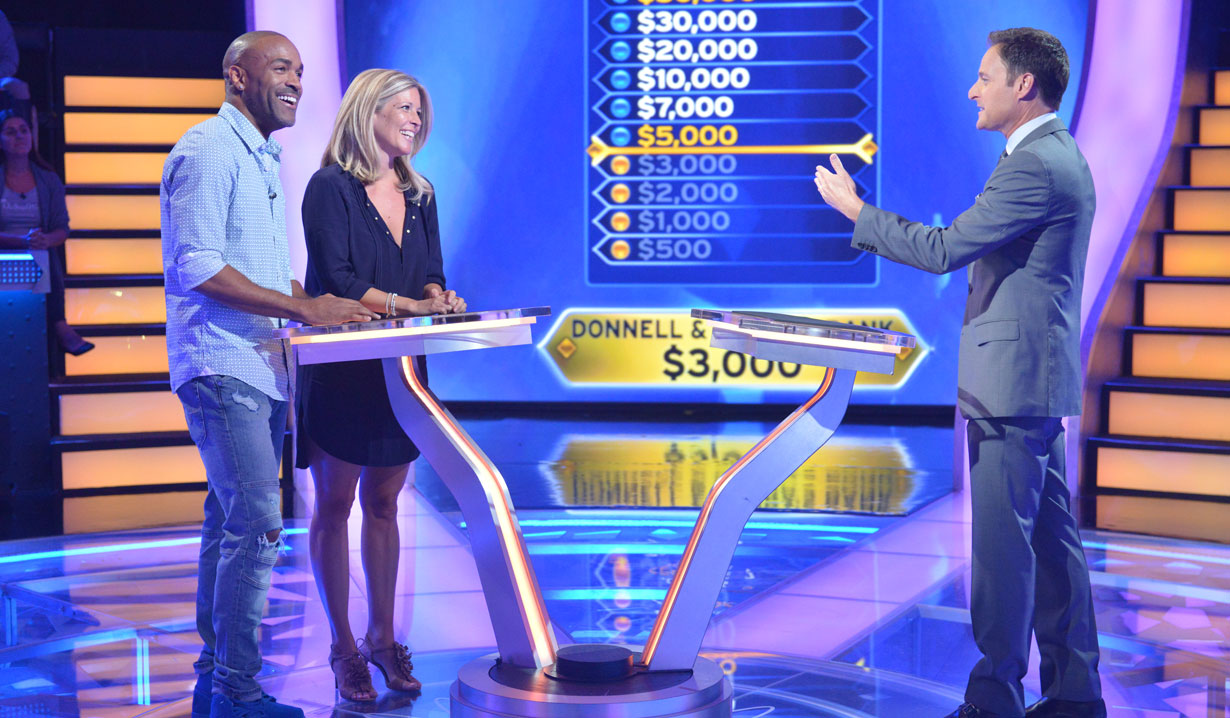 Updated March 1: Soaps.com has learned that General Hospital stars Donnell Turner and Laura Wright won $20,000 on Who Wants to be a Millionaire during the February 28 episode. The actors will split the winnings between their two charities, Autism Speaks and One Simple Wish.

On February 22, we reported that General Hospital’s Laura Wright (Port Charles’ Carly Corinthos) and Donnell Turner (Curtis Ashford) will compete on Who Wants to be a Millionaire on February 28. Both will play for the charities of their choice. Turner has decided to play for Autism Speaks, an organization dedicated to promoting solutions, across the spectrum and throughout the lifespan, for the needs of individuals with autism and their families through advocacy and support. The group also seeks to increase understanding and acceptance of people with autism spectrum disorder, and advance research into causes and better interventions for autism spectrum disorder and related conditions.

Wright is playing for One Simple Wish, an organization whose mission is to spread love, hope and joy to children who are impacted by abuse, neglect and abandonment, and spend time in our nation’s foster care system. The group responds to these children’s simple wishes and needs, which allows them the chance to just be kids and enjoy the simple pleasures of life, to connect with new people, to have new experiences and to realize that their voices are being heard.

Who Wants to be a Millionaire is hosted by Chris Harrison and is an Emmy nominated game show on which contestants try to answer 14 questions to win one million dollars. Contestants are given chances to use a limited number of lifelines to help them on questions which stump them, including asking a friend for help, polling the audience, and eliminating half of the answer choices. It is taped in front of a live studio audience at Caesars Entertainment Studios in Las Vegas. Check your local listings for the time and channel.

Join @welcometolaurasworld and me, Wednesday February 28th on a Hilarious episode of Who Wants To Be A Millionaire, as we attempt to win a million dollars for our respective charities: One Simple Wish & Autism Speaks! So much fun and a lot harder than playing it at home on the couch? Check your local listings for times in your area. – – #autism #autismawareness #autismspeaks #onesimplewish #charity #blessed #grateful #thankful #fun #laughter #smiles #teamwork #smile #love #happy #fitness #2017 #2018

TY @donnellturner1 for playing for the cause on @MillionaireTV! You are an awesome advocate! And we love that you wore blue! #LightItUpBlue pic.twitter.com/678los3iOt

Tune into @MillionaireTV tomorrow and grant wishes for kids in #fostercare while @lldubs plays for us!!! Go to https://t.co/1EwxJDoa9C now! You can even grant a wish in Laura’s honor!!! pic.twitter.com/Qav1YA1Jau