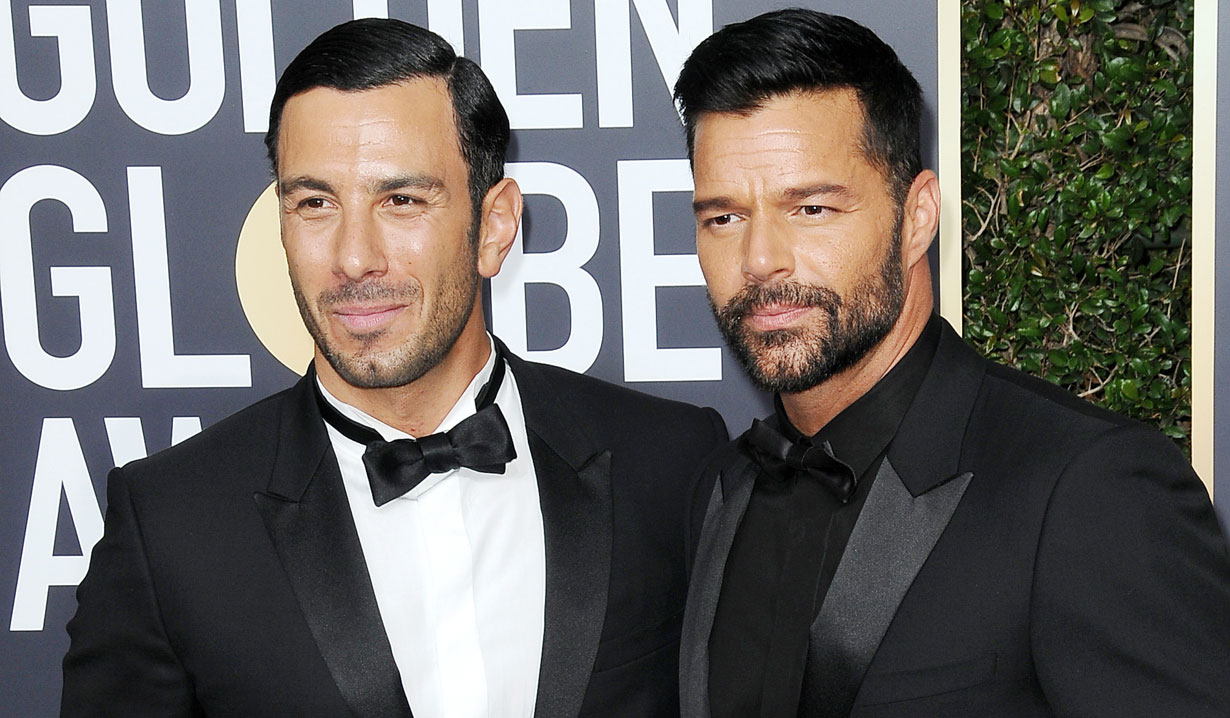 Soaps.com congratulates former “General Hospital” star Ricky Martin (Port Charles’ Miguel Morez) on his marriage to partner Jwan Yosef. Martin surprised the world with the news at the 75th Golden Globes, speaking about the marriage to E! News. The actor and singer told E!, “I’m a husband. We exchanged vows, and we’ve swear [sic] everything, and we’ve signed all the papers that we needed to sign, prenups and everything.” When asked how it feels to be married, he gushed, “It feels amazing! I can’t introduce him as my fiancé. I can’t. He’s my husband. He’s my man.” No details are available on the ceremony, but the couple is planning a party to celebrate the nuptials. Martin described it as, “The typical three-day party, the dinner, the rehearsal, the party and the recovery.”

Martin and Yosef began dating in 2016, and within a year announced their engagement on The Ellen DeGeneres Show. Yosef is a Swedish painter, and Martin met him while looking to purchase some art. “He’s a conceptual artist and I’m a collector. I started looking for art and I saw his art and I went crazy because I really love what he does.” Martin explained to DeGeneres how he proposed to Yosef. “I got on my knees and I took out the little metal box. I just had it in a little velvet pouch and instead of saying, ‘Will you marry me?’ I said, ‘I got you something!'” Yosef prodded Martin, “What is the question?” to get him to officially ask correctly.

In 2008 Ricky Martin welcomed twin boys, Matteo and Valentino. The children were born through a gestational surrogate, and are now 9 years old. Martin told E! News that he and Yosef have discussed having more children. “I would love to have a big family. Yes, I do want a big family, but there’s a lot going on at the moment with a lot of work, wedding, it’s a lot going on. So we’re going to put things in order first and then we’re going to get ready for many more kids.”

Martin, known for his hits such as “Livin’ La Vida Loca,” debuted on “GH” in 1994 as Miguel Morez, a Puerto Rican who fled to the United States to avoid a hit that was put out on him by his fiancée’s father, Hernando Rivera. Once in Port Charles he quickly wowwed Lois Cerullo and Brenda Barrett at L&B Records with his singing talents. He left the soap in 1996. Martin can next be seen in the FX Network series “American Crime Story Season 2: The Assassination of Gianni Versace.” Martin plays the title character’s boyfriend Antonio D’Amico, and the series details Versace’s murder at the hands of stalker Andrew Cunanan. The show also stars Edgar Ramirez (Versace), Darren Criss (Cunanan), and Penelope Cruz (Donatella Versace). It debuts on January 17 at 10:00 PM. Watch a trailer for the season below.