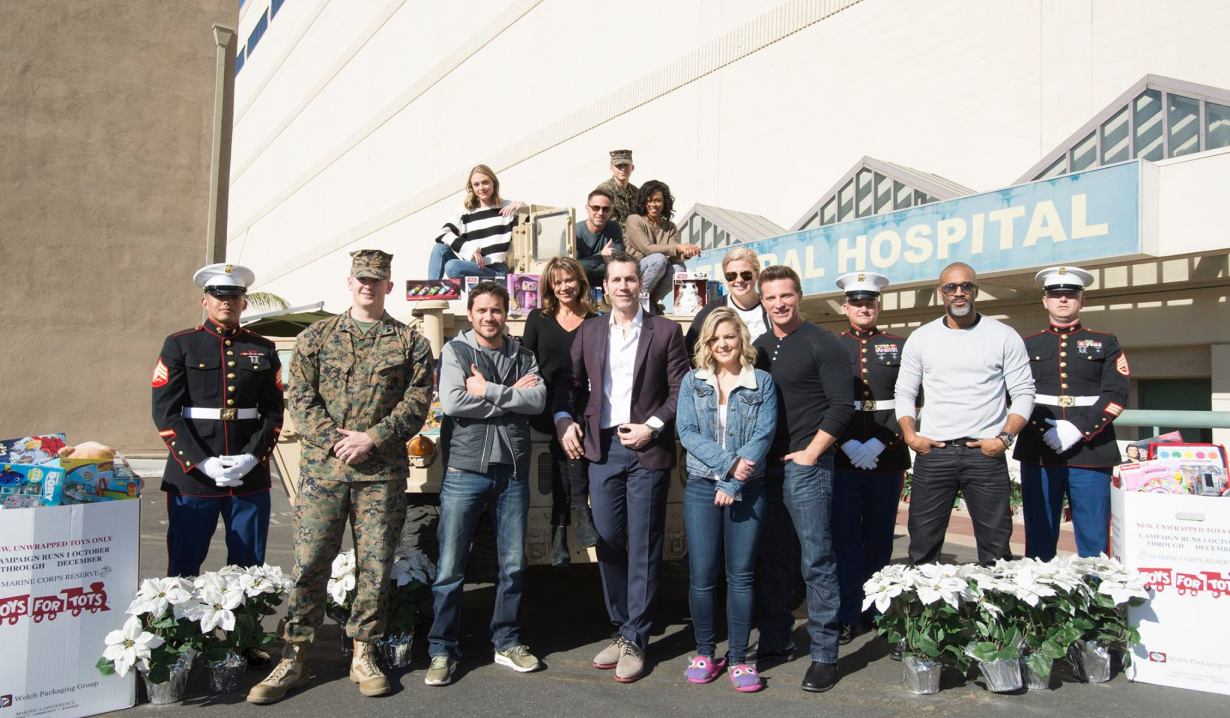 In previous years the donations had been featured on the show, for example when Elizabeth Webber brought toys to donate in the bin at General Hospital in 2014. In 2015 the Quartermaines held a Nutcracker Gala in Port Charles, which also served as a fundraiser. Just last year in 2016 the gala was mentioned on air, and Valentin Cassadine was shown donating toys to the charity. This year Carly Corinthos brought in toys to “GH” to place in the bin, and Franco was humorously seen rifling through it and checking out all the goodies.

More: Christmas wishes and surprises this December on General Hospital

Toys for Tots is a program run by the United States Marine Corps Reserve which distributes toys to children whose parents cannot afford to buy them gifts for Christmas. The program was founded in 1947 by reservist Major Bill Hendricks. Feeding America is the nationwide network of 200 food banks that leads the fight against hunger in the United States. They provide food to more than 46 million people through 60,000 food pantries and meal programs in communities across America. Feeding America also educates the public about the problem of hunger and advocates for legislation that protects people from going hungry.

Ha! Franco is diggin through the Toys for Tots box….#Friz #GH pic.twitter.com/NrOl4wyyQf