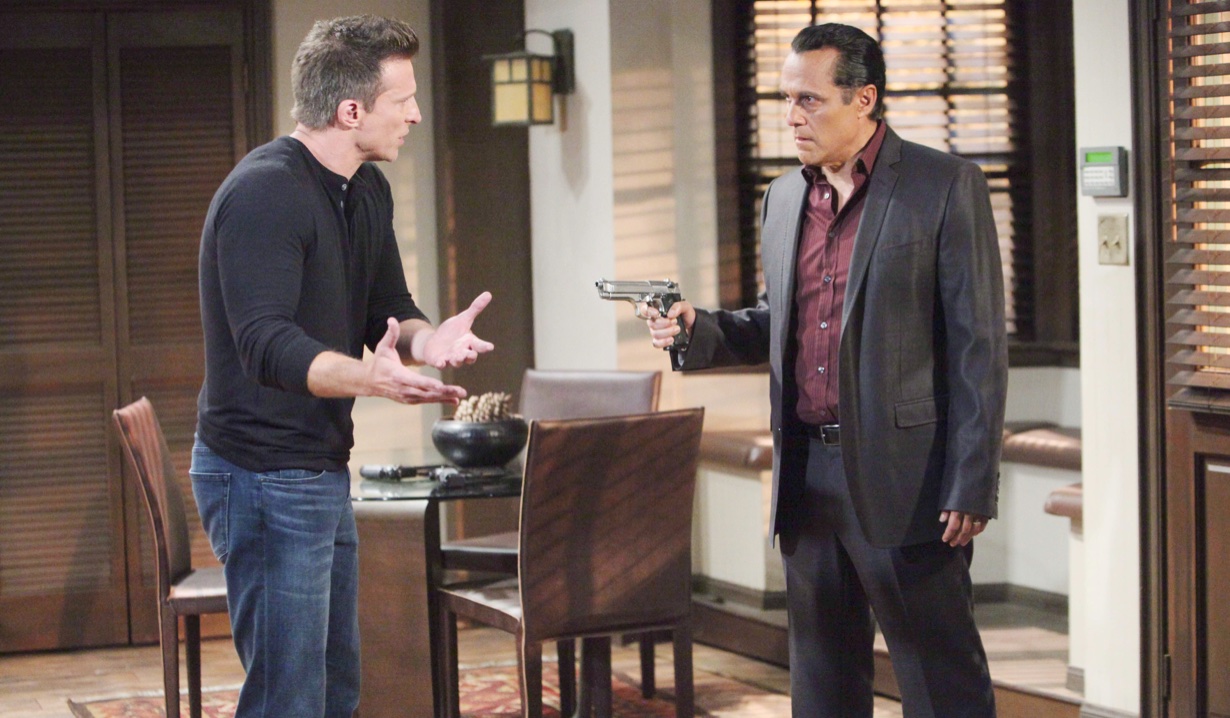 ABC soap’s head scribe details why you should be watching “General Hospital.”

Shelly Altman was recently interviewed by Soap Opera Digest about why now is a great time for viewers to be tuning back in to “General Hospital.” She also spoke heavily on Steve Burton’s return as Jason Morgan, who is a favorite of many Soaps.com readers. Altman noted that the story surrounding his return wasn’t easy to construct because, “It’s a complicated story, and to try and make sense of where he’s been and who is who took a lot of design, but we [along with former co-head writer Jean Passanante and current co-head writer Chris Van Etten] knew right away that this was a story with many tentacles because there was somebody else living as Jason Morgan for quite a while. It affects the Corinthos family, the Quartermaine family, the Morgan family, such as it is, it affects Anna Devane, the police.” The fast paced action of the story has also allowed for every day to be a Friday cliffhanger type of day. “I think something big should happen every single day, and this story has really allowed us to do that kind of storytelling,” she states.

Fans have been eager to find out who is Jason and who is Drew, and this week we will get the answers. On the reveal Altman notes, “The reveal of who is who is only the next little step in this very big story. It’s not the ending at all, that’s for sure, because obviously a number of characters are going to be profoundly affected by learning the true identity of these two men. It’s just the bridge to the next really huge arc of the story.” The next arc involves Sam and the triangle she’s found herself in between Jason and his brother Drew, and this triangle isn’t going away. “Sam could find herself in a very tricky situation, caught between the man she has built a life with over these last couple of years, and another man who has the face of a man she once had a life with.”

Carly and Sonny have definitely been involved in the Patient Six story, but Altman hints that they will be shaken by, “another family drama.” This may be the introduction of Oscar’s mom. Last week Tamara Braun made her first appearance on GH as Kim Nero, and she recognized Patient Six (Burton) as Drew. “Kim is a character that you’re going to be seeing a lot more of and she will have quite an effect on a number of people,” Altman states.

As for what is in store for some of the other characters on the show. Franco tried to keep Jason’s twin under wraps, until Patient Six arrived in town, but even then he worked to keep the identity of which man was Jason a secret. Liz doesn’t know how far he’s gone in keeping secrets, and Altman hints that, “Franco and Liz’s relationship is tested as Franco deals with secrets from his past.” One of those is likely the fact that his adopted mother Betsy claimed she was forced to send Drew away after Franco pushed him down the stairs and left him for dead. However Friz fans shouldn’t be discouraged, the show isn’t giving up on them. Franco and Liz will, “make a big step toward their future together.” Another popular couple on the soap is Julian and Alexis, who many fans long to see reunited. Altman reveals that, “Alexis’ intervention on Julian’s behalf has ramifications she might not be prepared for, and will call into question her conflicted feelings about Julian.”

Altman advises viewers who have stopped watching the show to come back because, “If they tuned in now, it would be a homecoming, and that we are honoring the tradition of ‘General Hospital’ as we move into the future.” Looking forward the writer teases that, “2017 will go out with a bang,” which she doesn’t necessarily mean literally. “There will be big romance, there will be mysteries uncovered and secrets buried as we head into the new year, and there will be a lot of surprises.”