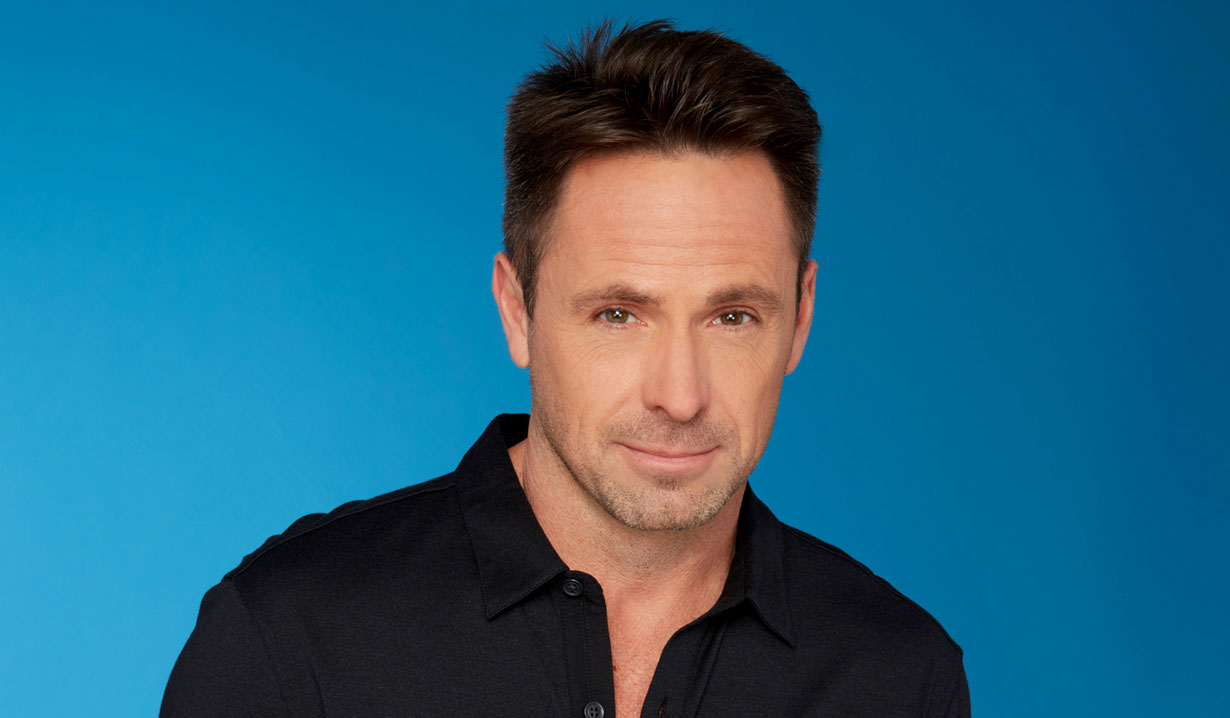 Soaps.com fan favorite William deVry (Port Charles’ Julian Jerome) spoke to TVInsider about his return to “General Hospital.” William deVry returns to General Hospital today when Alexis (Nancy Lee Grahn) receives news that Julian has been beaten to the point of death in prison. His reintroduction on the soap opera is definitely a way to tug at Alexis’ heartstrings. deVry notes that Julian’s beating is, “the springboard. She comes to visit Julian at the prison because she’s heard what happened and that pushes her into action to get him out.” He only taped a few episodes his first week back, but, “by week three, things start happening really quickly. There’s some very interesting stuff in the works.” Julian is still in prison, in part thanks to his crazy sister Olivia, but also due to his own actions. However deVry is confident his character’s redemption will happen. “I have faith in the writers and am super confident they will come up with a story that exonerates my character. There’s a lot more story to tell. The fans should not give up on Julexis just yet.”

Not only does Julian need an excellent lawyer to spring him from jail, but he’ll need a miracle worker to win back his family, and some fans, seeing the awful things Julian did to Alexis. deVry admits, “There’s 10 percent—maybe even 20 percent—of the Julexis fans who think Julian went too far and can’t overlook the domestic-abuse aspect of the story, and they are no longer Julexis fans. They think Julian is a disgusting character and nothing will ever make them forget what he did. But the other 80 percent really wants to see them back together.” Again though, he has faith that the writers will get him out of this jam. “Any character can be painted into a corner, but good writing can get them out of that corner, and I trust that’s what will happen here. It can certainly be explained that Julian had his nuts in a vice. He had to make it look like he was going to kill Alexis so that he could save his entire family—and he had a plan to get out of that. That should be enough for anyone who thinks Julian went too far.” For those that refuse to buy into his character’s redemption, deVry feels, “It’s unfortunate that some people just won’t buy a redemption story for Julian, because he’s really been doing what’s right for his children and grandchildren. It drives me nuts that some people don’t want to see that and give him another chance.” The actor also points out he’s not the only villain on the show to be redeemed. “Yeah, he ordered the hit on Duke Lavery, but Sonny has probably ordered 30 hits. And what exactly does Sonny traffic in? He doesn’t just sell coffee.”

So what is ahead for Julian and Alexis? It doesn’t look like the couple will be rushing back together immediately according to deVry. “First, they’ll have to address what he’s going to do for a living and how he goes about moving into the future. He will try to move on without Alexis—for now. It’s best that Alexis also gets on with her life, dates the doctor, whatever. The audience needs to get really emotional about this separation before any kind of reconciliation happens. You can’t rush this. But I think Alexis and Julian eventually getting back together is good for the show.” As for his co-star and on-screen love interest Alexis, deVry jokes of Grahn that, “She has been self-admittedly bored out of her mind since I left. She has gotten over all her hang-ups about why Alexis would never go back to Julian. I know Nancy does enjoy Julexis.”

Julian’s future is certainly up in the air, and it won’t be easy for him to part ways with his mob background. Sonny recently tried to do this and failed, and Julian wasn’t exactly successful at his first attempt to get out of the business. That is part of the story deVry hopes will be told. “It can’t be made easy for Julian to turn over this new leaf. There has to be pain and slip-ups. There has to be a real journey with this. This is all new for him. He doesn’t know how to turn that corner and choose another life. Daytime drama is all about how characters handle obstacles. He’s got a lot of mobster stuff in his background and it should be put forth. This shouldn’t be easy for him—and I’m looking forward to that.” deVry also admits that his fans and the Julexis Army, the name fans of the couple call themselves on social media, had a big part to play in his return. “There was always a deal on the table but, let’s face it, they could have kept Julian in prison for five years. They could have done a recast. I think it’s safe to say that the fan response speeded things up. A lot of what happened I can’t go into, but by the time we were able to actually have some dialogue, the support from the Julexis Army was very evident. They were amazing! They certainly came out and did their job and I will forever be grateful. The response was flattering and it was stupefying. And it leaves me really looking forward to the next three years.”

Kelly Monaco’s 'Dancing with the...