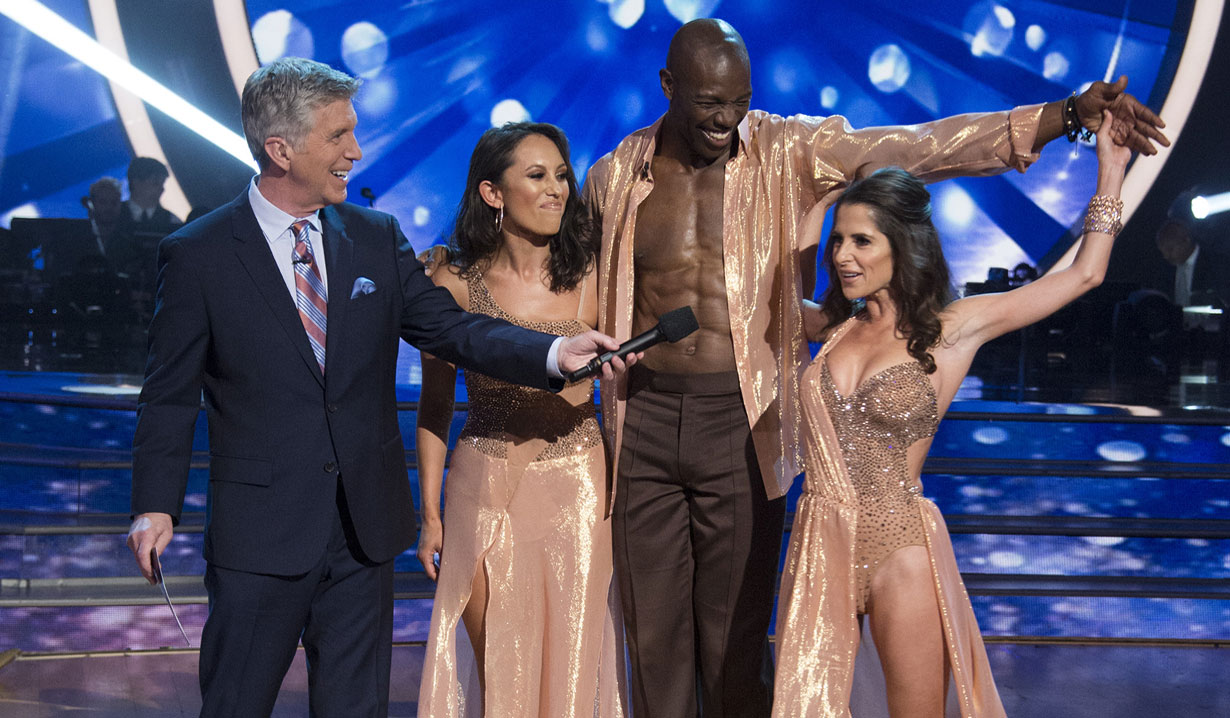 Updated November 7: For those who didn’t catch Kelly Monaco in the “Dancing with the Stars” special last night, Soaps.com has a quick rundown “Dancing with the Stars” next Monday November 6 for trio week. Monaco competed in the first season of the show in 2005 and was partnered with Alec Mazo. She went on to win the first ever coveted mirror ball trophy. Monaco returned for Dancing with the Stars All Star season in 2012 and was paired that time with Val Chmerkovskiy. The duo took third place, with TV personality Melissa Rycroft and her partner Tony Dovolani winning.

More: The fallout of the two Jasons begins

Next week on “DWTS” the six remaining couples will compete with a third partner. Former season winners and runner-ups will return to partner with the current line-up of stars. Kelly Monaco will team up with former footballer Terrell Owens and Cheryl Burke. Corbin Bleu, who played Jeffrey King on “One Life to Live,” will join singer Jordan Fisher and Lindsay Arnold. Monaco is just one of several soap opera stars to compete on “DWTS.” Past competitors include Ingo Rademacher (Jax Jacks on “GH” and Thorne Forrester on Bold and the Beautiful), Lisa Rinna (Billy Reed on “Days of our Lives”), and “All My Children’s” Susan Lucci (Erica Kane) and Cameron Mathison (Ryan Lavery) “Dancing with the Stars” airs Mondays at 8:00 PM on ABC.

This guy always has my back! #dwts #duces #gh

Got to catch up with my old partner @iamvalc #dwts

So excited to share the Dance floor with my bestie @CherylBurke and the legendary @terrellowens next week on DWTS. #gh #dwts ????