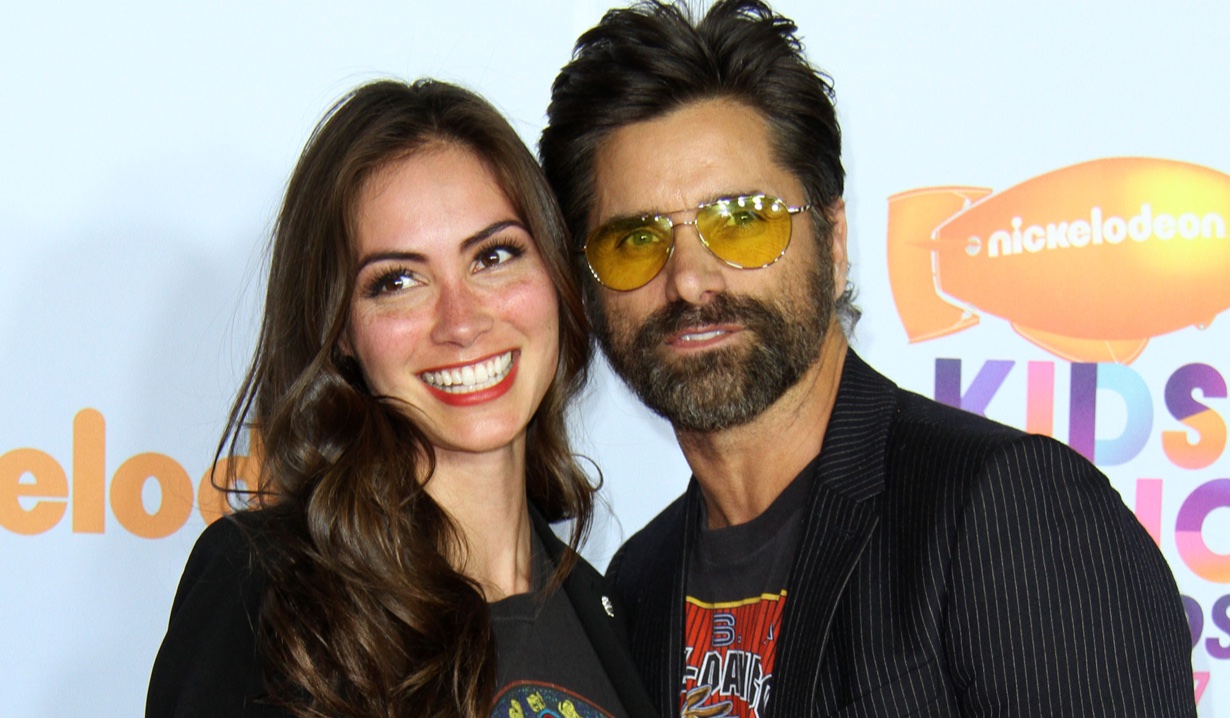 General Hospital star proposed at the happiest place on earth.

Update February 5: Soaps.com has learned that “GH” alum John Stamos married his fiancée Caitlin McHugh at the Little Brown Church in Studio City, California on Saturday February 3. People is reporting that the actor wore a black tux with his bride in a white, strapless ballgown with a tulle skirt with the couple’s nuptials followed by a reception at Stamos’ Beverly Hills home. Though they had a little bump prior to their ceremony, also reported by the magazine, when McHugh’s hotel room was burglarized with an estimated $165,000 worth of jewelry having been stolen, Soaps.com is glad to hear they weren’t in the room when it happened and wish them the very best!

On October 23, 2017, Soaps.com sends congratulations to “General Hospital’s” John Stamos (Port Charles’ Blackie Parrish) and his fiancée Caitlin McHugh on their engagement. Stamos revealed on Twitter that he proposed at Disneyland, and she accepted. The couple has been dating for two years, and their relationship became known to the public after Stamos made an appearance on ABC’s “The View” and confessed he was dating someone who happened to love The Beach Boys song “Disney Girls.” Stamos has been a long time collaborator with the group. Stamos’ rep confirmed to People that he proposed at the theme park resort with a short film of romantic moments from animated Pixar and Disney films, ending the display with “The Little Mermaid,” which encouraged Stamos to “just ask the girl.” This will be the second marriage for both. Stamos was previously married to model and actress Rebecca Romijn (“Ugly Betty”) from 1998 to 2005.

Stamos is best known for playing Uncle Jessie on “Full House” and the Netflix reboot “Fuller House.” He also recently appeared in the second season of Fox’s horror-comedy Scream Queens. News recently broke that Amazon had picked up Stamos’ drama about soap operas in the early eighties, a project many feel is very similar to Kimberly McCullough’s pilot “Hey Day.” McHugh has made guest appearances on “The Vampire Diaries” and “NCIS: Los Angeles,” and was in the film “I Am Legend.” She spoke to People about their relationship and stated, “We like to keep our lives private because we’ve seen what relationships in the public eye can be like and we just like our privacy. We don’t want the commentary from the masses about what our relationship is or should be. We’re very happy together and we hope to be so for a long time.” In 2017 the two worked together on the comedy short “Ingenue-ish.” They co-wrote the film, which Stamos directed and McHugh starred in. It tells the story of a kind of young, sort of ethnic LA actress who struggles to make it in showbiz without knowing someone, having a famous last name, or sleeping her way to the top, though one of those statements is false.

I asked…she said yes! …And we lived happily ever after? pic.twitter.com/6vp2raHgCq