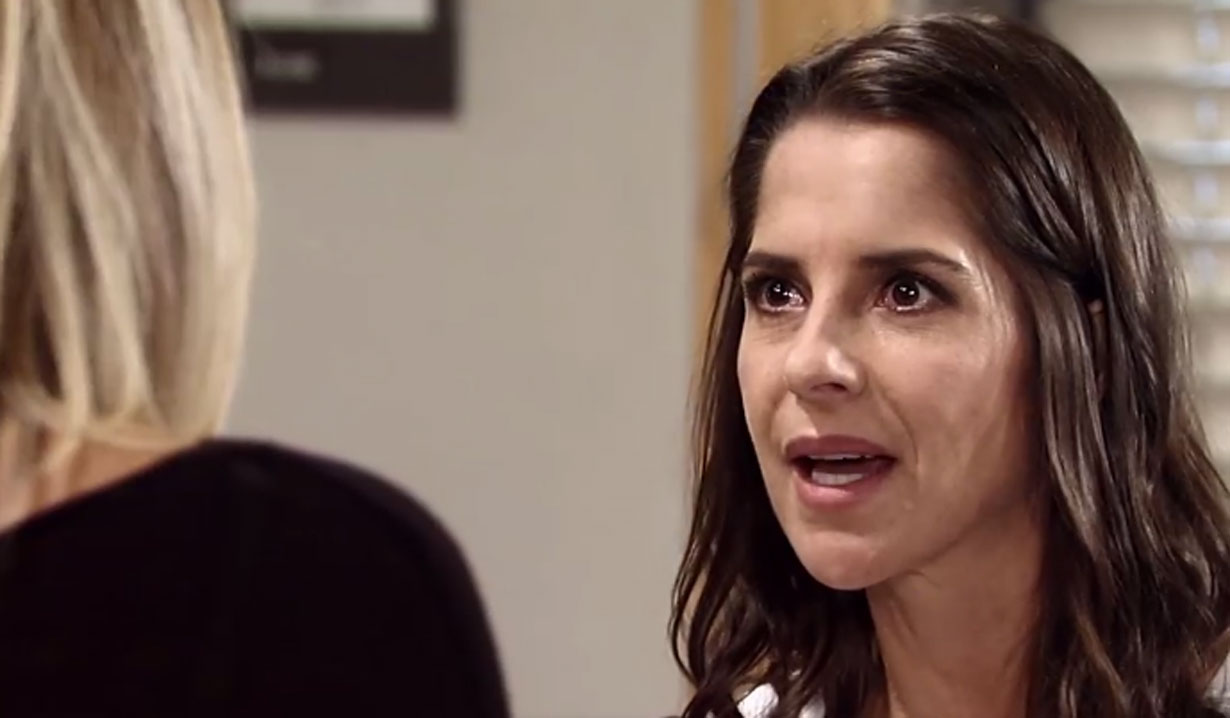 The claws come out between two frenemies.

Coming up on “General Hospital,” tension rises between Sam and Carly in the aftermath of Jason’s shooting. Read Soaps.com’s General Hospital spoilers to learn who makes a rash decision.