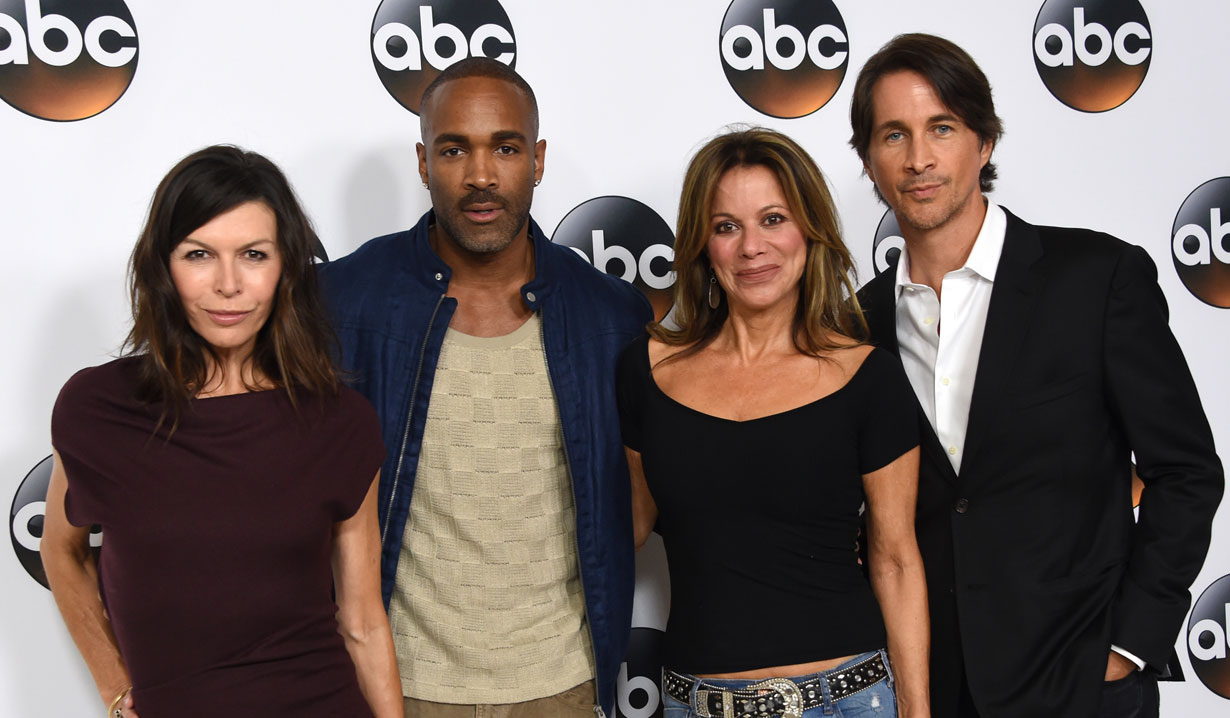 Several stars from “General Hospital” are donating their time today to help take calls for the Red Cross as part of ABC’s “Day of Giving” to raise money for Hurricane Harvey relief in Texas, Soaps.com has learned. Billy Miller (Jason Morgan) and Ashley Jones (Parker Forsyth), both who hail from Texas, will be joined in taking donations by Maurice Benard (Sonny Corinthos), Laura Wright (Carly Corinthos), Ryan Paevey (Nathan West), Kirsten Storms (Maxie Jones), Nancy Lee Grahn (Alexis Davis), Nicholas Bechtel (Spencer Cassadine), Brooklyn Rae Silzer (Emma Scorpio-Drake), Donnell Turner (Curtis Ashford), Brytni Sarpy (Valerie Spencer), Anthony Montgomery (Andre Maddox), Vinessa Antoine (Jordan Ashford), and Carolyn Hennesy (Diane Miller). The stars are answering the phones at the ABC studios in LA from 3:00 PM until 6:30 PM PT. You can call 1-877-KABC7-LA to make a donation. You can also use your cell phone to text HARVEY to 90999 to give a $10 donation to the Red Cross, call 1-855-999-GIVE, or visit the Red Cross.

ABC’s “Day of Giving” is a network-wide telethon to raise money for the American Red Cross and support their efforts to help the communities affected by Hurricane Harvey. The fundraising begins in the early morning hours Thursday and will continue throughout the day on all local ABC stations, Freeform, Disney Channel, ESPN, A&E, History, Lifetime, ABC Radio, and Radio Disney. Ben Sherwood, co-chairman, Disney Media Networks and president, Disney|ABC, said, “With this ‘Day of Giving’ across all our networks and platforms, the men and women of Disney|ABC, ESPN and the A+E Networks are answering the call to stand up and support the communities hit hardest by Hurricane Harvey. In 2012, we rallied to support relief efforts after Hurricane Sandy, helping raise more than $18 million dollars. Now, we stand alongside the residents of Texas and the Gulf states who are battling the floods and devastation of Harvey.”

Extremely proud of the GH cast for pitching in to help those in need. #GH

To support people impacted by #Harvey, donate at https://t.co/K50W4HL9zT or text “HARVEY” to 90999 to make a donation. #DayOfGiving pic.twitter.com/1YY2QOzimU

Thank you to all of you that have expressed concern about my family and friends in #Houston. My family is safe and we are grateful. But, the damage left behind to many (including my grandparents, aunts, uncles, etc) is extensive and devastating. @Generalhospitalabc is proud to be a part of @disneystudios & @abcnetwork #DayOfGiving tomorrow! Stay tuned for more information to join us in helping #Harvey victims in my hometown. To those of you that have already donated, thank you! — Ps- And stay tuned for more drama from the three of us soon!! Clearly we have no fun together?#GH

#Blessed & #Thankful to be able to #volunteer for the American Red Cross, with some of my coworkers, taking donations for the victims of hurricane Harvey. Thank you @americanredcross. A #special Thank You to all the kind souls who donated, #thank #you @abc7la and Big Up's to ALL who have helped or are helping those in their time of need. WE'RE NOW AT $9 MILLION!!! #million I #wish #i could do #more ?? #helpisontheway #godblessamerica #2017

It's a beautiful thing what abc/disney/red cross is doing for the devastation in Houston. It's actually my wife's hometown. Incredibly happy General Hospital could be a part of it.

Thanks to everyone that kept many of the cast of @generalhospitalabc busy answering phones to take your donations for #harvey victims today. I enjoyed speaking with you and was overwhelmed by your generosity donating to @americanredcross. #ProudToBeAmerican and watch us all come together and love one another. The lines are still open till 8pm pacific if you didn't get a chance earlier- call 877-KABC7-LA…#GH ♥️ #HoustonStrong

Grateful to be a part of a #dayofgiving with my friends from ABC and the Red Cross ? Anything helps ? Please call 1-877-KABC7-LA ? @redcrossla

Throwback to yesterday at the ABC Day of Giving event. So proud of all the @generalhospitalabc cast members who volunteered to answer phones for the #RedCross. You can still donate $10 by texting HARVEY to 90999. #hurricaneharveyrelief @nancyleegrahn @welcometolaurasworld