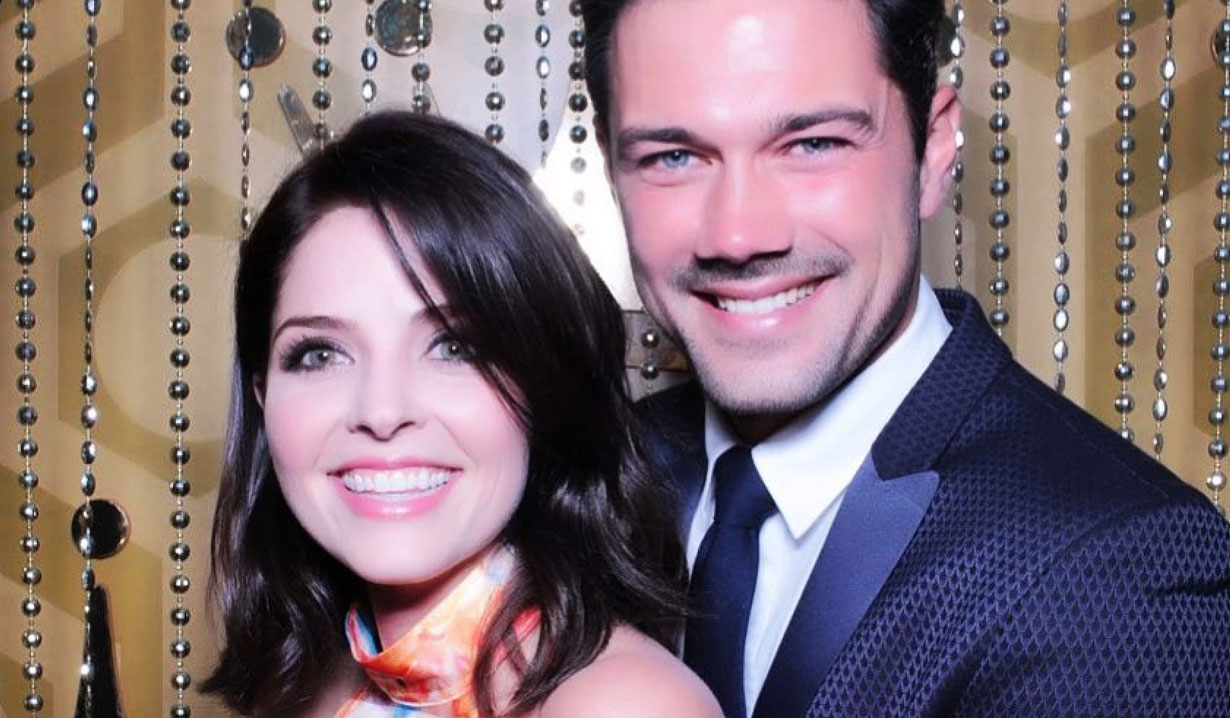 Soaps.com has learned that “General Hospital’s” Ryan Paevey (Port Charles’ Nathan West) and former “Days of our Lives” star Jen Lilley (Theresa Donovan) will co-star in the upcoming Hallmark film “Harvest Love.” The film is part of Hallmark’s 2017 Fall Harvest film series and is currently in production. “Harvest Love” is about a woman (Lilley) who is a widowed mother that heads to her grandfather’s farm with her young son in hopes of reconnecting with him. There she meets the farm manager (Paevey) and love blossoms. Lilley and Paevey both shared adorable photos together on Instagram promoting the film while at a Television Critics Association event.

Both actors have previously appeared in Hallmark Channel films. Ryan Paevey starred in Unleashing Mr. Darcy, while Jen Lilley headlined in Dash of Love. Both actors have also been members of the “GH” cast and have an interesting connection. Paevey’s character is currently married to Maxie Jones (Kirsten Storms). However back in 2011, Jen Lilley filled in for Kirsten Storms as Maxie Jones while Storms was on medical leave. This is the first time the two have acted together, because Paevey joined “GH” after Lilley left. Soaps.com will keep you up to date with the film’s progress and release date when the information is made available.

It's a dynamic duo sandwich 🙂 @hallmarkchannel #bts ❤️❤️❤️ So happy to be back on set with my favorite team! #HarvestLove

Hanging with this firecracker at the @hallmarkchannel #tca17 …then back to work on #HarvestLove tomorrow. ?

We ❤️ the @hallmarkchannel #TCA17