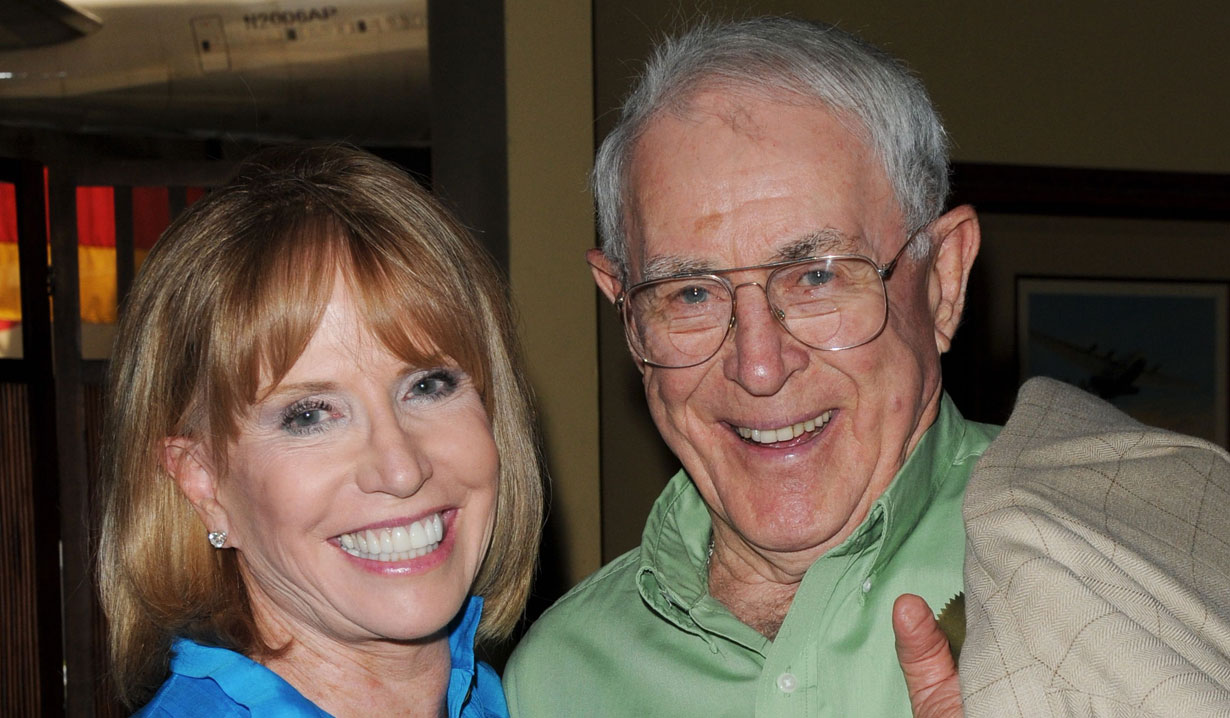 “General Hospital” will air a tribute to Peter Hansen on July 14. Hansen played Lee Baldwin on the soap opera and its spinoff “Port Charles” on and off between 1965 and 2004. Though the part was originated in 1963 by Ross Elliott, it was Hansen who held the role the longest and is most remembered by fans. Peter Hansen died in April at the age of 95. As part of the special episode, Carly Schroeder is reprising the role of Serena Baldwin. Take a look back with Soaps.com and find out who Lee Baldwin was, and watch some classic clips of the actor, including a rare “GH” promo from 1969.

Lee Baldwin was introduced in 1963 as a lawyer, a recovering alcoholic, and volunteer addiction counselor at General Hospital. His first romantic interest was nurse Jessie Brewer, who was pregnant by her ex. Lee offered to marry her and be a father to her child, but when her ex Phil Brewer learned of the child on the way, the two patched things up. Lee later became involved with another nurse, Meg Bentley, who arrived in Port Charles with her young son Scotty and teenage stepdaughter Brooke. Meg dated Dr. Noel Clinton, but in true soap fashion, was dumped by the doctor who chose to marry her stepdaughter Brooke instead. Lee helped Meg get over the betrayal, and the two married and he adopted Scotty as his own, even giving the boy his last name. Lee and Meg’s marriage was not destined to be a long or happy one. Meg was diagnosed with breast cancer and underwent a mastectomy, which left her insecure about her looks. She suffered a nervous breakdown and Lee was forced to commit her. She was eventually released and became convinced her new doctor Lesley Williams was trying to steal Lee away from her. Meg’s jealousy led to stress and in 1971 she died of a stroke, which came on during a fight with Lee.

After Meg’s death, Lee eventually met an adoption agent named Caroline Chandler, who he married in 1974 and moved to New York City with. Unfortunately tragedy struck again and Caroline was killed in an accident in 1977, which brought Lee back home to Port Charles. Upon returning he met Dr. Gail Adamson, who helped Lee through his grief and the two ended up romantically involved. It was Gail that contacted now adult Scott Baldwin (Kin Shriner), who was a law student in New York City, and convinced him to return to Port Charles to help the only father he ever knew. Scott came to town and immediately became infatuated by a young hospital volunteer, Laura Spencer. Lee and Gail were married in 1979 and remained together through the years.

Lee and Gail remained fixtures in Scotty’s life. When Laura broke up with Scotty and he turned to booze, Lee was there to help his son. Later, Laura and Scott married, but their marriage didn’t last, in part due to the interference from Luke Spencer. In 1983, Lee ran for mayor of Port Charles, and Luke was his opponent. He lost to Luke, but Luke appointed him deputy mayor. When Luke left the position to travel the world with Laura, Lee became acting mayor of Port Charles. Lee stepped down in 1985 and left town to travel with his wife Gail.

Lee and Gail returned in 1992 when they learned Scotty and his dying wife Dominique Taub were expecting a child, through Lucy Coe who was acting as their surrogate. Dominque died, and Lucy raised Serena as her own with Scott. Scott eventually left town with the child, but returned to Port Charles in 1997. Scott, Lee and Gail made the jump to the “GH” spinoff “Port Charles” at this time, along with Lucy Coe. Lee served on the GH board, and as legal counsel to the hospital. They remained in town, and Lee suffered a pulmonary embolism in 1999 that almost killed him. In 2003, the death of Scotty’s eldest daughter Karen, who he conceived while in law school with Rhonda Wexler and only learned about when she was a teen, devastated the couple. Lee and Gail were last seen in 2004 at the funeral of Lila Quartermaine.