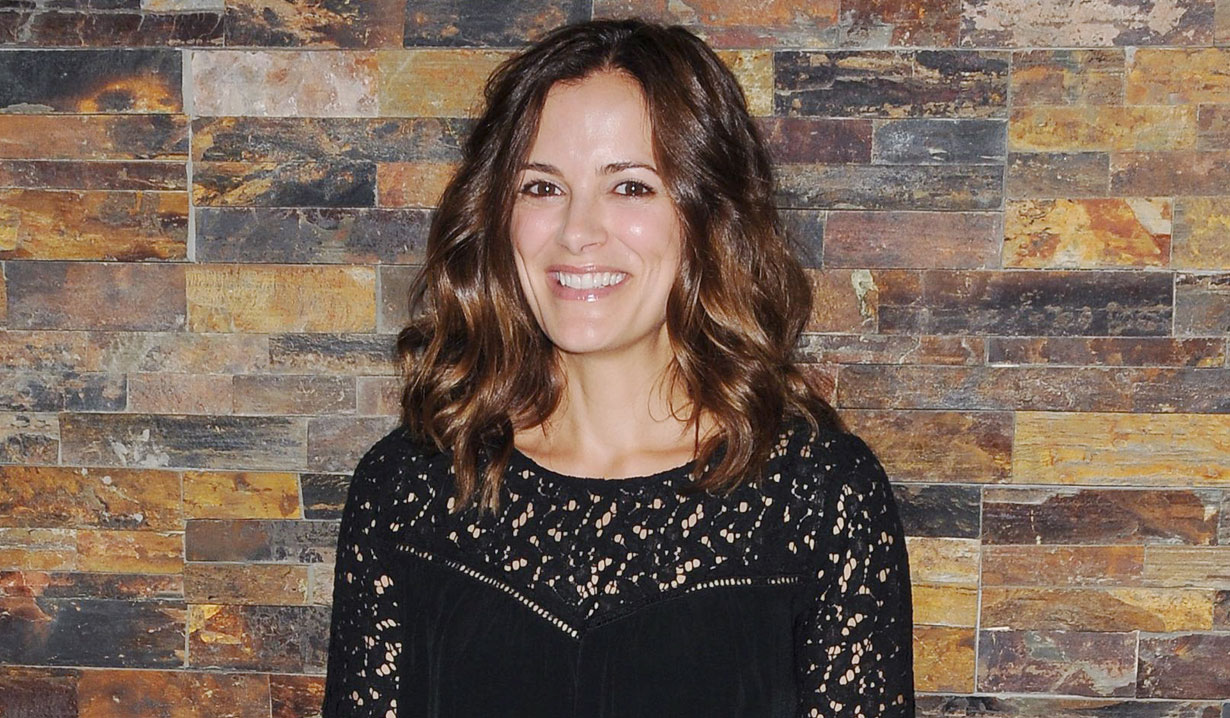 Updated June 28: Budig took to Twitter to speak out on her “General Hospital” exit, thanking the fans, Executive Producer Frank Valentini and ABC.

First of all, I want to thank all the fans of #GH who have supported me and been so kind. You guys are amazing.

Unfortunately, Hayden is being written off the canvas. I have to thank @valentinifrank and @ABCNetwork for giving me this opportunity.

Soaps.com learned on June 27 that Rebecca Budig (Port Charles’ Hayden Barnes) will be leaving “General Hospital.” The news was first reported by Soap Opera Digest. Budig is set to tape her final scenes this week before the show goes on a three-week Summer hiatus. Her departure is said to be storyline dictated.

Budig joined General Hospital in 2015, invited by then headwaiter Ron Carlivati who created the role of Hayden Barnes for her. Hayden came to town, hired by Ric Lansing, to try and con then Jake Doe into believing they were married. Ric was determined to break up Jake, who turned out to be Jason Morgan, and was involved with Liz Webber. Hayden later attempted to blackmail Nikolas and Liz over the truth about Jake, so Nikolas had her shot. Hayden survived, and ended up with amnesia, so Nikolas moved her into Wyndemere and they fell in love. Eventually Nikolas learned Hayden’s memory returned and she was faking. Hayden convinced Nikolas to marry her, in exchange for helping him with his scheme to steal ELQ from the Quartermaines. However, Liz exposed Hayden as Rachel Berlin, the daughter of a well known Wall Street tycoon who was sent to prison for embezzling from his clients. Hayden had stolen a diamond necklace that was to be seized by the feds, which Liz also revealed. Nikolas remained with Hayden, but only for her diamonds because the Cassadine fortune had run dry. After Nikolas was shot by his cousin Valentin and presumed dead, Hayden failed to make a claim to the Cassadine fortune. To prevent Hayden from being sent to prison for illegally taking possession of her father’s diamonds, Hayden’s mother Naomi Dreyfus claimed to have stolen the necklace. It was also revealed in a shocking twist that Hayden was not Raymond’s daughter, but Jeff Webber’s, who Naomi had an affair with. This made her the sister of her nemesis Liz Webber. After she became involved with Dr. Hamilton Finn, Hayden was accidentally exposed to Blackwood’s Syndrome, a deadly disease that Finn was trying desperately to cure. He managed to find the cure, and the illness served to bring Liz and Hayden closer. Hayden recently learned she was pregnant with Finn’s child.

In addition to “GH,” Budig portrayed Michelle Bauer on “Guiding Light” from 1995 to 1998 and Greenlee Smythe Lavery on “All My Children” off and on from August 1999 until September of 2011. It is currently unknown how Budig will be written off “GH,” or when her final airdate will be. It also remains to be seen how her departure will affect her co-star Michael Easton’s (Hamilton Finn) role. There have been rumors that Easton may also be on his way out, and possibly returning to “Days of our Lives” to reprise the role of Tanner Scofield.