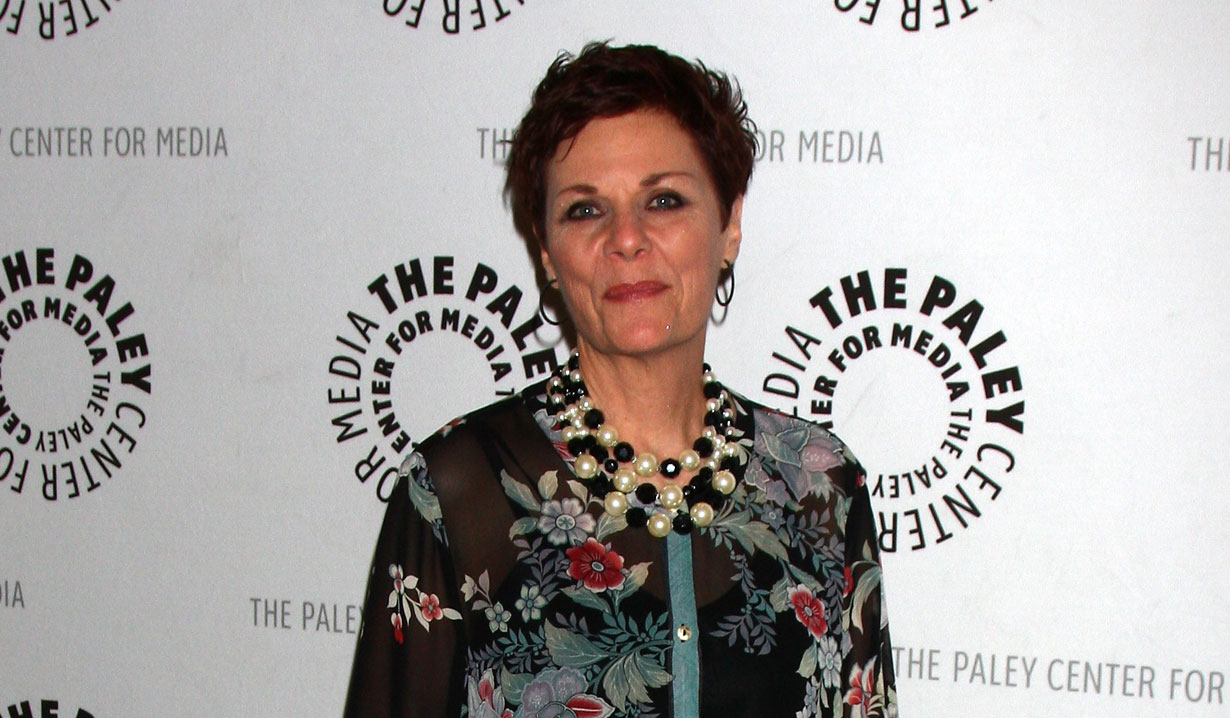 A look back at a daytime legend.

Soaps.com decided to take a look back at Jane Elliot’s career and the iconic role of Tracy Quartermaine in honor of Jane Elliot’s final episode of General Hospital back in 2017.

Jane Elliot made her first appearance in daytime television in 1965 on the short-lived ABC soap A Flame in the Wind as Linda Skerba. She went on to guest star on other shows, including Kojak and Electra Woman and Dyna Girl, where she played Princess Cleopatra. There she met and became lifelong friends with Deidre Hall, Dr. Marlena Evans from Days of our Lives. She later landed the lead role of Jessica Hornesby in NBC’s Rosetti and Ryan in 1977.

Elliot’s most famous role was on General Hospital. Tracy Quartermaine was created by Douglas Marland and Gloria Monty for Jane Elliot and debuted on June 19, 1978. Tracy was the youngest child of Edward and Lila Quartermaine. She was introduced as a recent divorcee with a child she preferred to dump in boarding school or on her parents. Her former husband Lord Larry Ashton wouldn’t be seen on screen for almost a decade, along with their son Ned. Tracy came to town to attend the wedding of her brother Alan to Monica Webber. This began a long feud with Monica because Tracy was determined to never let her children get their hands on the Quartermaine trust fund her grandfather set up for his heirs.

Elliot played Tracy from 1978 until 1980, during which she taped the now infamous scene where Tracy found out her father was cutting her out of his will, so she withheld his heart medication when it appeared he was having a heart attack. Edward was faking it to test Tracy, and as a result, disowned her. In 1981 Elliot won a Daytime Emmy for Outstanding Supporting Actress for the part.

Elliot went on to appear as Judy Trent in the primetime soap Knots Landing, on Guiding Light as Carrie Todd, and then played Cynthia Chandler Preston Cortlandt on All My Children. From 1987 until 1989 she played Anjelica Deveraux on Days of our Lives, where oddly enough she romanced Wally Kurth who played Justin Kiriakis but would go on to later play Tracy’s son Ned Ashton on General Hospital.

Tracy Quartermaine returned to Port Charles in 1989, after her ex-husband Larry Ashton and son Ned arrived in town. Tracy was stunned to learn her son Ned had an affair with her nemesis and sister-in-law Monica, while Monica’s husband Alan was romancing Lucy Coe. That same year Edward Quartermaine was believed dead in a plane crash, which led to Alan and Tracy fighting for ownership of ELQ. Tracy entered a string of affairs with men who were primarily out to deprive her of her family fortune. One was Paul Hornsby, who was involved in the mob and after ELQ. He was carrying on with Jenny Eckert on the side and eventually married her, but not before fathering Tracy’s second child Dillon. Tracy was forced to flee town with Dillon to keep him away from Paul and avoid criminal charges for running down Jenny with her car in a fit of rage.

Tracy returned to Port Charles briefly in 1996 to try and take ELQ away from her son Ned, who was running it, but eventually made her way to New York for the General Hospital spinoff The City. It was while on The City that Tracy got involved with the mob family the Soleitos. As a joke, she sent some goons to Port Charles to pretend to rob her family on Thanksgiving, but the prank ruined their dinner and began the tradition in 1997 of the Quartermaines having pizza for Thanksgiving.

Elliot returned to General Hospital in 2003 where she would remain until her retirement and final episode airing on May 4, 2017. These years saw her dealing with her younger son Dillon growing up, her mother Lila passing away in 2004, and in 2006 marrying Luke Spencer in Las Vegas after a night of heavy drinking. The marriage started off as a sham, but eventually blossomed into love. When her brother Alan died in 2007 he began haunting Tracy and acted as the conscience she never had for awhile. When her father Edward died in 2012 she learned he had cut her out of his will due to her antics over the years, leaving her only a jar of her mother’s Pickle-Lila Relish. She soon realized the recipe was worth a fortune, but had to battle her nephew AJ Quartermaine for it. This led to a disastrous appearance on ABC’s “The Chew” where the recipe was tampered with and made all who ate it ill.

In 2013 Tracy and Luke rekindled their relationship after she rescued him from Helena, though at the time nobody realized Luke was suffering from duel personalities due to a long-buried secret from his past. Luke had also been carrying on a secret partnership with Helena Cassadine while romancing Tracy, and she couldn’t take it and broke things off with him again. Elliot’s performance earned her another Daytime Emmy nomination. Around this time Tracy’s adult son Dillon returned as did his father newly single Paul Hornsby. Tracy and Paul briefly reconnected, though he turned out to be the General Hospital serial killer and attempted to kill Monica. This incident, along with Tracy contracting a case of brain worms which almost killed her, led to Monica and Tracy finally ending their long-standing feud.

Tracy was long hurt by the fact that her father Edward had cut her out of her will, but in 2017 she learned this was not entirely true. During his travels, he had come upon a centuries-old painting of a woman who bore a striking resemblance to Tracy. He purchased it and left it in the trust of some monks in a monastery in the Middle East. Tracy was able to track it down, but the monks refused to part with it. The monastery had fallen on hard times and they planned to sell it for the money. Tracy managed to convince them that the painting was rightfully hers and brought it home to Port Charles. A young woman named Samira Adin, who was watching Tracy at the monastery, followed Tracy to Port Charles. She claimed her daughter had been kidnapped by sex traffickers, and asked Tracy to sell the painting and use the money to free her. Tracy felt there was something familiar about Samira, and the woman claimed her mother and Edward were very close. Tracy began to suspect she might be a Quartermaine, but a DNA test proved otherwise and Samira turned out to be a con artist. After chasing her away, Tracy then had to contend with her ex, Lord Larry Ashton, who also tried to get his hands on the painting. In the end, Tracy decided to sell the painting and leave Port Charles. In her final scene, Tracy traveled to a little cafe in Amsterdam where she ran into Luke.

Since leaving, Tracy has been mentioned in passing and sent crystal champagne glasses to Ned and Olivia as a wedding gift. In 2017 when she departed General Hospital after playing the character for 39 years off and on, and 52 years in the business, her fellow castmates and fans honored her on social media.

Whether you say “goodbye” or prefer “until next time,” help us see Jane Elliot through to the end of her #GH legacy. #FarewellTracy pic.twitter.com/7EOtlawlke

What a joy it’s been over the last few months to watch these 2 be scene partners?True daytime royalty! @GenieFrancis #FBF #GH #janeelliot pic.twitter.com/V9ZGz0zXVg

<p>In a special episode focusing on Tracy, she felt her family was passing judgement on her for all her schemes over the years. She reflected back on all she had done.</p>

<p>Tracy finally acquired the portrait that her father Edward left to her. She decided to sell the painting in order to fund her traveling the world.</p>

<p>After Monica was attacked by the GH Serial Killer, Tracy visited her in the hospital. Monica and Tracy finally made peace and put an end to their long standing feud.</p>

<p>Tracy is reunited with Paul Hornsby, the father of her son Dillion. Little does she know he’s returned to Port Charles to avenge the death of his daughter Jenny.</p>

<p>On The Haunted Star, Luke attempted to make amends to Tracy. However she refused to take him back and officially ended their relationship due to Luke’s bizarre behaviors at the time.</p>

<p>Tracy is thrilled when her son Dillion returns to Port Charles. He is a budding film maker and had been away for years.</p>

<p>Tracy and Sonny have had a long and intertwined history. It especially involved their schemes related to the Quartermaine family business ELQ.</p>

<p>In 2012 Tracy was forced to marry Anthony Zacchara after he got dirt on her dirty investments. He threatened to report her to the FCC and have her arrested. </p>

<p>Tracy and Luke attended many Halloween parties on The Haunted Star. One year Tracy and Luke dressed as Marie Antoinette and King Louis XVI of France. </p>

<p>Tracy shares a moment in the Quartermaine mansion with her father Edward. This was at her 2005 wedding reception, after marrying Luke Spencer.</p>

<p>One of Tracy’s many iconic styles over the years. She’s had long hair, short hair, been a red head, a brunette and even a blonde.</p>

<p>Tracy faces off with her father Edward Quartermaine, who constantly found himself disappointed in his daughter’s actions. One fight led to her father suffering a heart attack.</p>

<p>Tracy files her nails while at work at ELQ. Over the years Tracy conspired several times to take control of her father’s company.</p>

<p>Tracy and her brother Alan Quartermaine often had a tense relationship over the years. A huge issue was Tracy’s constant feuding with Alan’s wife Monica. </p> 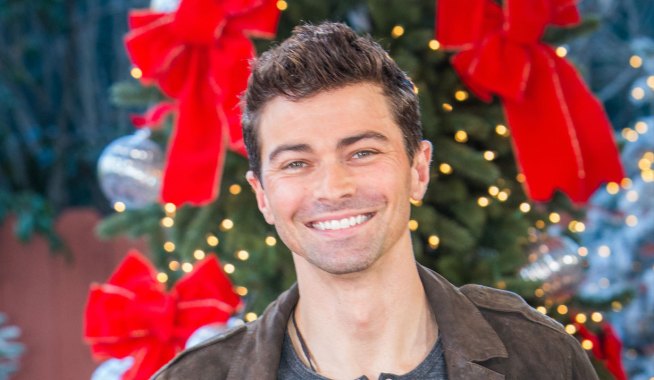 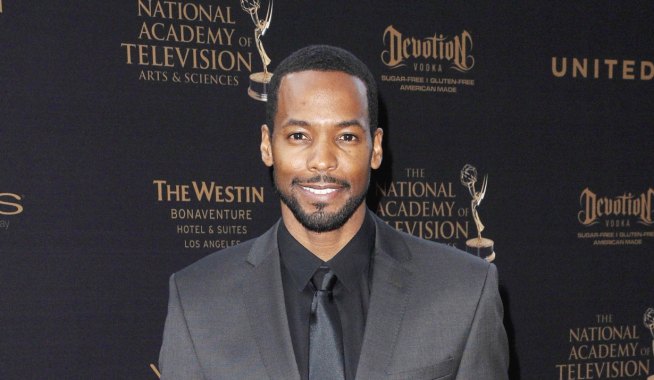