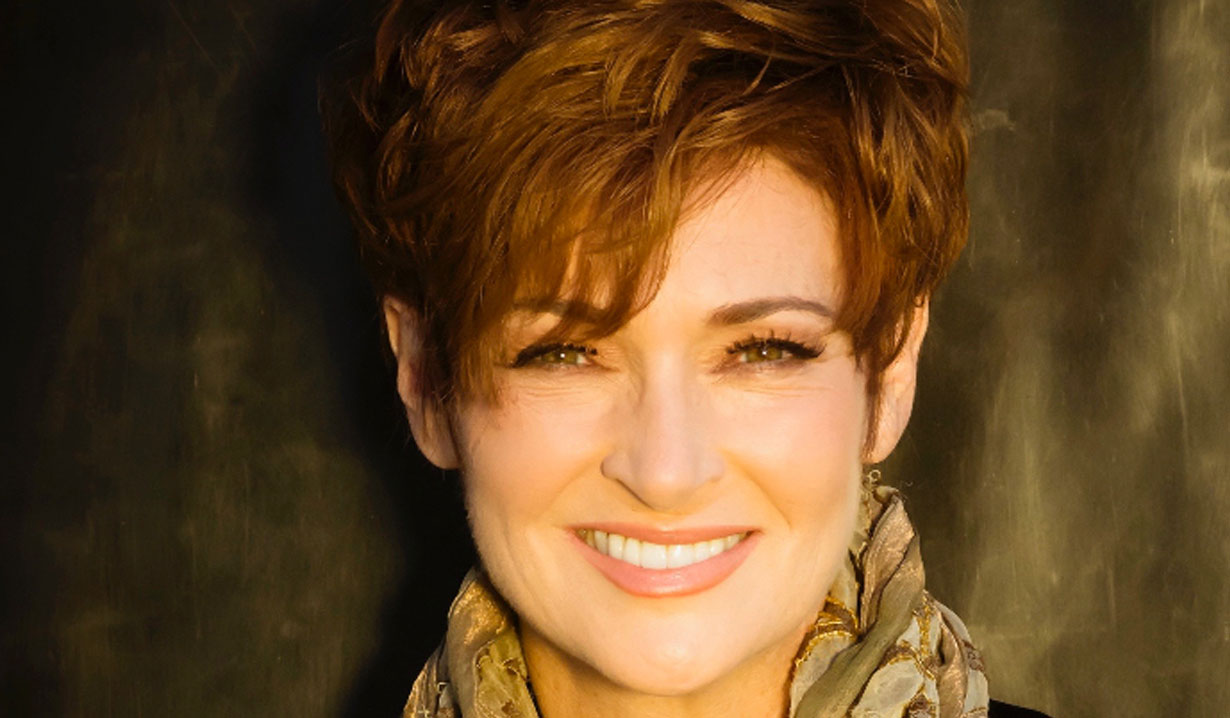 Taking on a role like nothing she’s ever done before.

Soaps.com interviewed “General Hospital’s” Carolyn Hennesy (Attorney Diane Miller) to discuss her Port Charles role, as well as a few other things she currently has going on.

Soaps.com: Thank you for speaking with us today.

Soaps.com: Viewers have seen a lot of Diane recently, what with her helping Alexis get her law license back as well as representing Lulu against Valentin. Have you had a favorite moment over these past few busy months?

Hennesy: I love working with my bestie, I love working with Alexis. I also wish that Diane was a little more cognizant of Alexis’ alcoholism, because I think that would go a long way for Diane to shift her defense of Alexis. But I love helping my bestie out. Also as Diane said, custody cases are messy and no one comes out ahead. In six months it will be revisited, and Valentin and his little girl may have to be separated. But that is life. So I think helping my gal Alexis is very important to me, because without her there is no one formidable in Port Charles for Diane. Diane is a challenge!

Soaps.com: Yeah, they had to bring Nora Buchannan in from Llanview to fight Diane.

Soaps.com: So will we be seeing more of Diane in the coming weeks and months?

Soaps.com: Everyone loves Diane! Well, maybe not her opponents.

Soaps.com: Julian Jerome probably doesn’t love her much either.

Hennesy: Without spoiling anything, there is going to be one particular character… You know as they say on soap operas, you kind of go through these non-realistic scenarios where someone gets possessed by the devil, or someone’s twin comes in, or whatever. So we are going to be in one of those slightly non-realistic scenarios and Diane is going to play a heavy part. It’s a lot of fun, and that’s all I can say without bringing the wrath of [Executive Producer] Frank Valentini down.

Soaps: So if you could give Diane a storyline outside of the courtroom, what would you like to see her doing?

Hennesy: There are a couple of stories. I would like to have her work with Alexis to get her sober. I think that would be an amazing story. Two great friends who are not youngsters seeing each other through one of life’s most difficult battles. I would love to see Diane be a mom. I could see her discovering a long-lost child. The fans have been clamoring for years that it be Damian Spinelli, and I am fully onboard with that. I’d like to discover a hidden talent of Diane’s too. Is she a painter? Oh we did that with Franco… Maybe she’s a great actor. Is she a singer or a musician? And I’d love to give her a great love interest again. I don’t know if Max [Derk Cheetwood] is coming back.

Related: Carolyn Hennesy talks Hollywood, women over 45 and has advice for Jennifer Lopez

Soaps: Yeah, viewers have wondered if maybe we’d ever see Diane and Max get married.

Hennesy: If we could see Diane and Max get married that would be fun too. Why not!

Soaps.com: Now you and Diane both are very strong women. Is there something you feel you have in common with Diane, and is there anything about her that is completely opposite of you

Hennesy: Hmmmm, let’s see. Completely opposite… Well Diane drinks and I don’t. The things that we have in common are a strong moral compass. She will do a lot more for money than I will, but that does go hand in hand with her beliefs that everyone deserves the best defense. I think we both have strong northward pointing compasses, and I like to think we both have big hearts.

Soaps.com: Shifting gears a little, you remain very busy outside of “General Hospital.” You appeared in the Gilmore Girls reboot on Netflix. Recently you’ve been working on the female centered horror film St. Agatha and play the part of Mother Superior. Can you tell us a little about the film and your role?

Hennesy: It’s a role unlike anyone has ever seen me do anywhere. I am the big bad. I am truly, truly evil. As most characters of that genre I don’t think I’m evil, I just think I’m doing the lord’s work. People are going to be a little surprised, possibly a little horrified, at some of the things I gleefully get to do in this movie. It is about a young girl who under various circumstances finds herself pregnant with nowhere to go. She finds herself at this convent where they take in young women who are with child. Or is it a convent? And that is where the shenanigans begin. It is tough on the eyes, very tough on the eyes. When I went to Atlanta to film, my character was supposed to die. And that is all I am going to say.

Soaps.com: Was this a role you sought out, or something that was offered to you?

Hennesy: I was sought out and approached for this role. Which based on “Cougar Town,” “Jesse,” and [the character of] Diane, I’m not quite sure how they came up with me. But I’m ever so happy they did. Darren Lynn Bousman, who basically helmed “Saw 2” through “Saw 4,” is entrenched in horror and steeped in blood. He had seen my work, we met for coffee, and the next day I got the offer. Then I was in Atlanta for four weeks in the wonderful little town of Madison, Georgia filming in amazing homes. So he sought me out and thought I would be good as Mother Superior, which is both gratifying and horrifying at the same time.

Soaps.com: Well I can see why because you were on “True Blood” and your character Rosalyn Harris’ death scene is still the best one on the entire show.

Hennesy: The best death on the entire show! I hear you! But what I did on “True Blood” is like playing with Tinker Toys compared to this movie. It was kid’s stuff, child’s play!

Soaps.com: Our last question is one about your personal life. You have a very interesting hobby that not too many people can say they take part in. Can you tell us about your love for the flying trapeze and how you got involved with it?

Hennesy: I got involved in it many years ago when I was at university and I was doing a production of Shakespeare’s “Comedy of Errors.” It was a circus themed production and the two lead females had to be up on two static trapezes. So started my circus career, such as it is, studying Shakespeare. Then I progressed to the flying trapeze and I never looked back. I have a static trapeze rig in my backyard, but my main love is still the flying trapeze. There is just nothing else like it. There is a wonderful documentary called “The Flight Fantastic” and it is about my teacher, about Richie Gaonas and his family. I strongly recommend it, it is a documentary by Tom Moore. I am very proud that Tom gave me the closing line in the documentary. He asked what is it about trapeze that makes you keep coming back week after week even though you know you will never get to perform in a circus. I said it is the closest you will ever get to God. It is pure flight. You are not harnessed, and you don’t have the luxury of a parachute. With skydiving you are always falling away, you are falling back toward the earth. With the trapeze you are being flung up into the heavens and it is pretty spectacular.

Hennesy encourages anyone who is interested to look for a local place and give the trapeze a try, as featured in this documentary.

THE FLIGHT FANTASTIC Theatrical Trailer from Tom Moore on Vimeo. 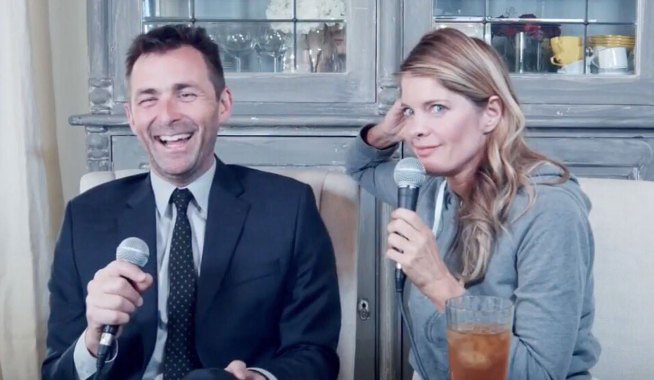 GH's Haley Pullos breaks arm, joking it was while saving a kitten's life 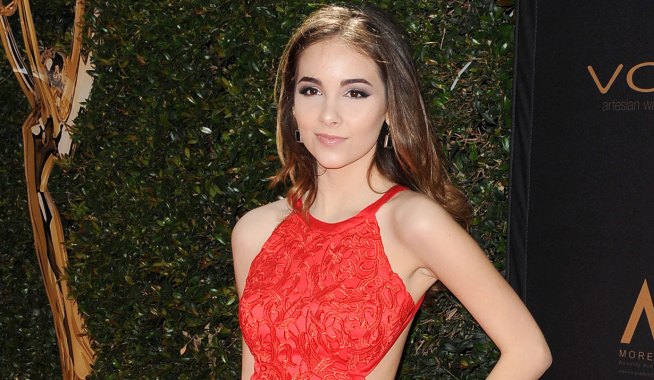