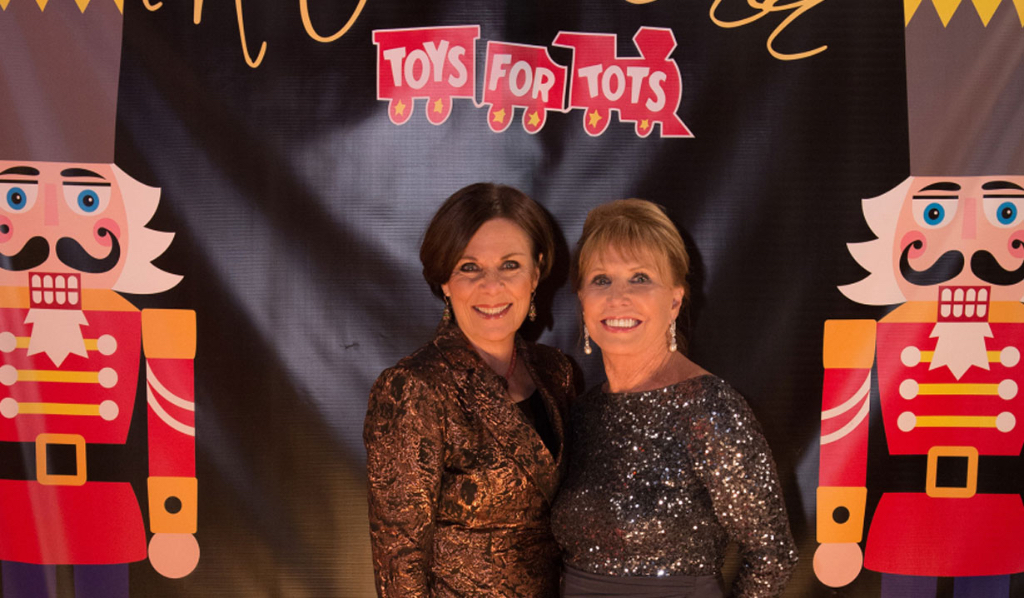 For the fourth year in a row, General Hospital has made a generous donation to Toys for Tots. The cast and crew collect toys to donate to the Marine Corps charity which collects toys for underprivileged children during the holidays. Last year the collection drive was part of a storyline on the show when the Quartermaines hosted a Nutcracker Gala at the Metro Court. This year the toy drive has already been mentioned on air a few times. Valentin Cassadine recently brought toys to the hospital to drop in the donation bin, and Michael invited Nelle to accompany him to this year’s benefit. It remains to be seen if the event will play out on screen again this year.

With @hayleyerin13 supporting the Toys and the Tots of all kinds this year…including tater tots with my #GH FAM DAMILY! #toysfortots @generalhospitalabc

Proud to participate in the #toysfortots toy drive at #GeneralHospital today! And of course it's always more fun when @brooklynraesilzer and @ryanpaevey are there too! #sharethejoy #ghkids #gh #scarlettischarlotte

A photo posted by Scarlett Fernandez (@officialscarlettfernandez) on Dec 7, 2016 at 6:50pm PST