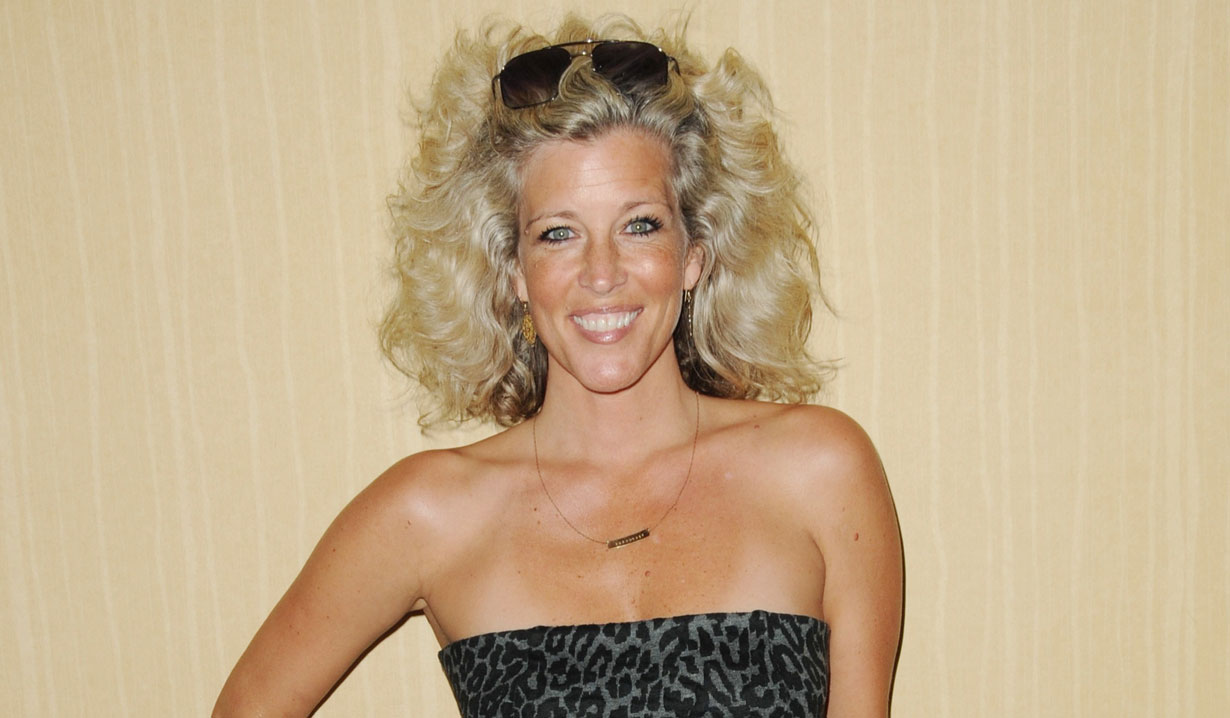 Actress plans time with her children and pets.

“General Hospital’s” Laura Wright (Port Charles’ Carly Corinthos) posted on Instagram that she was taking a few weeks off from filming to spend it with her kids. The actress shares two children, Lauren and John Michael, with her former spouse John Wright. In the photo posted she noted, “A couple weeks off to play with my babies” which she also indicated included her dogs. Laura Wright is a vocal animal rights advocate and member of the ASPCA.

On screen, Wright’s “GH” character certainly could use a vacation of her own. Carly has been trying to come to terms with the death of her son Morgan. Morgan was killed when he stole Julian Jerome’s car, in which his own father Sonny Corinthos had planted a bomb to get revenge on Julian. Carly is blaming Sonny for her son’s death, and Sonny blames himself. Neither knows that Ava Jerome had tampered with Morgan’s bi-polar meds in order to break him and her daughter Kiki up. Even Ava wasn’t expecting Morgan, her former lover, to tragically perish the way he did. Many are expecting Wright and her fellow co-stars to earn some Daytime Emmy nominations due to their powerful performances in the wake of Morgan’s death.

It’s unknown yet if Wright’s vacation time will impact her on-screen time. However take a look at a few of the photos she shared on Instagram right here on Soaps.com of herself, her family, and her dog. Her vacation comes right after several fan appearances over the past few weeks, which she also shared photos from.

A couple weeks off to play with my babies :)) #puppiesincluded #grateful #LaurasWorld #mytime ❤️??

Total Body Cardio –#River worked out with me :))). Started over from day 1 of the 21!day fix. Really want to do extreme- ha but I need another full round of the fix first– #loveit #LaurasWorld #beachbodycoaching #smiling laurawrightfitness@gmail.com