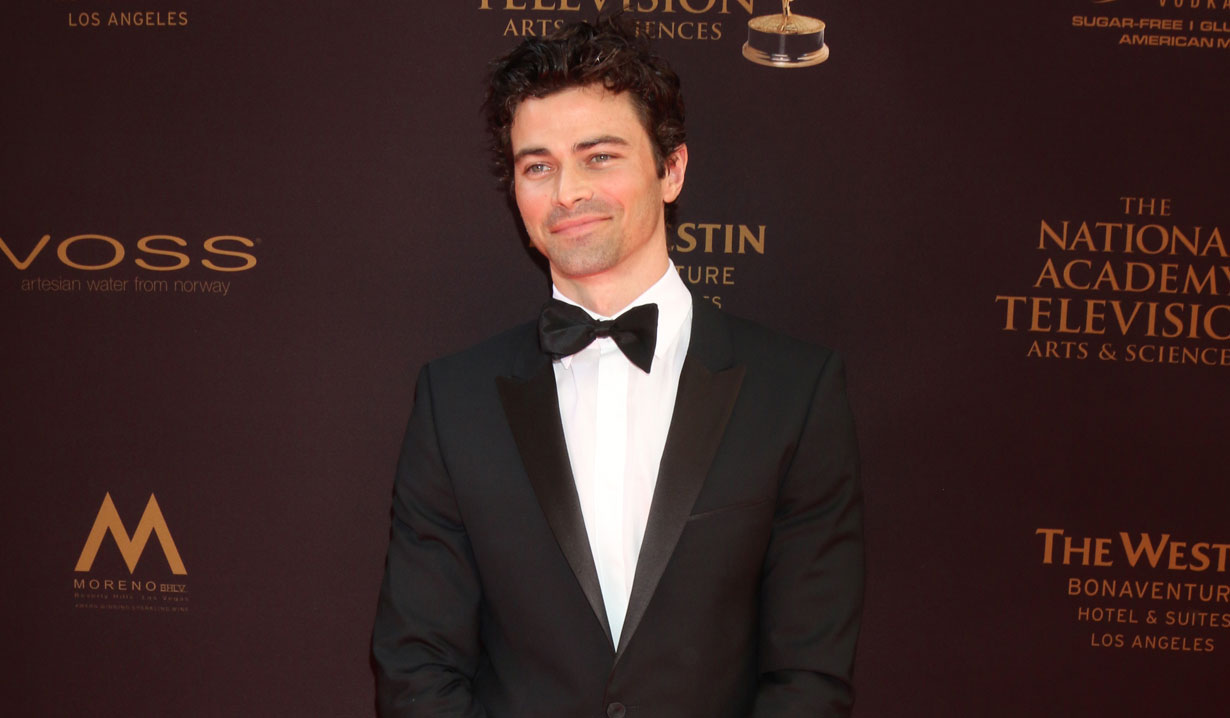 “General Hospital’s” Matt Cohen gave “Extra” a behind the scenes peek at the “GH” studio. Matt Cohen joined General Hospital in February as the mysterious Dr. Griffin Munro, who came to Port Charles to fill the void left by Patrick Drake’s (Jason Thompson) departure. Viewers came to learn he actually came to town for details about his father, Duke Lavery (Ian Buchanan). In a recent episode Griffin revealed he was not only a doctor, but a Catholic priest.

In the clip from “Extra,” which you can watch right here on Soaps.com, Cohen talks about his wardrobe, the priestly twist, and his wife Mandy Musgrave (ex-Chelsea Benson/Brady on “Days of our Lives”), who is the mother of his son. Musgrave and Cohen met on the show “South of Nowhere.”