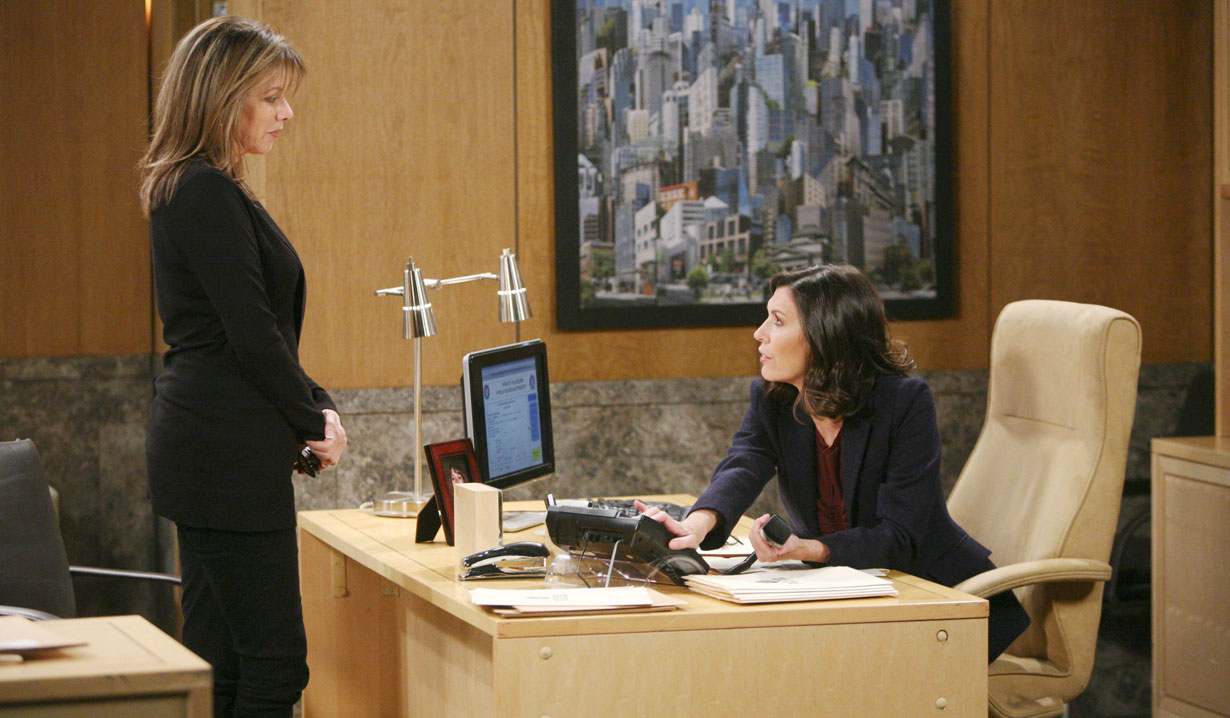 What does Anna do?

Port Charles ex-Police Commissioner Anna Devane has had a rough year, what with losing the love of her life Duke Lavery in a mob hit. After she believed she killed his killer, Carlos Rivera, she was stunned to find Carlos alive and well. Carlos is back in Port Charles, but his former boss Julian Jerome is back in the mob and working to protect Carlos and himself. He’s asked his wife to defend Carlos and keep him out of jail, but recently a witness has come forward which makes Alexis�� job even more difficult. Now friends Anna and Alexis have found themselves on opposites sides of the law in regards to seeing Julian and Carlos pay for what they did to Duke. Next week Anna and Alexis face off, and Anna does something to Alexis.

Vote in Soaps.com’s “General Hospital” poll as to what you think Anna does to Alexis, and let us know in the comments if you think Anna’s obsession with seeing justice for Duke has gone too far or not.

Find out who Griffin reveals more about himself to next week by reading Soaps.com’s General Hospital spoilers.