General Hospital: What is Helena’s real gift to Laura? 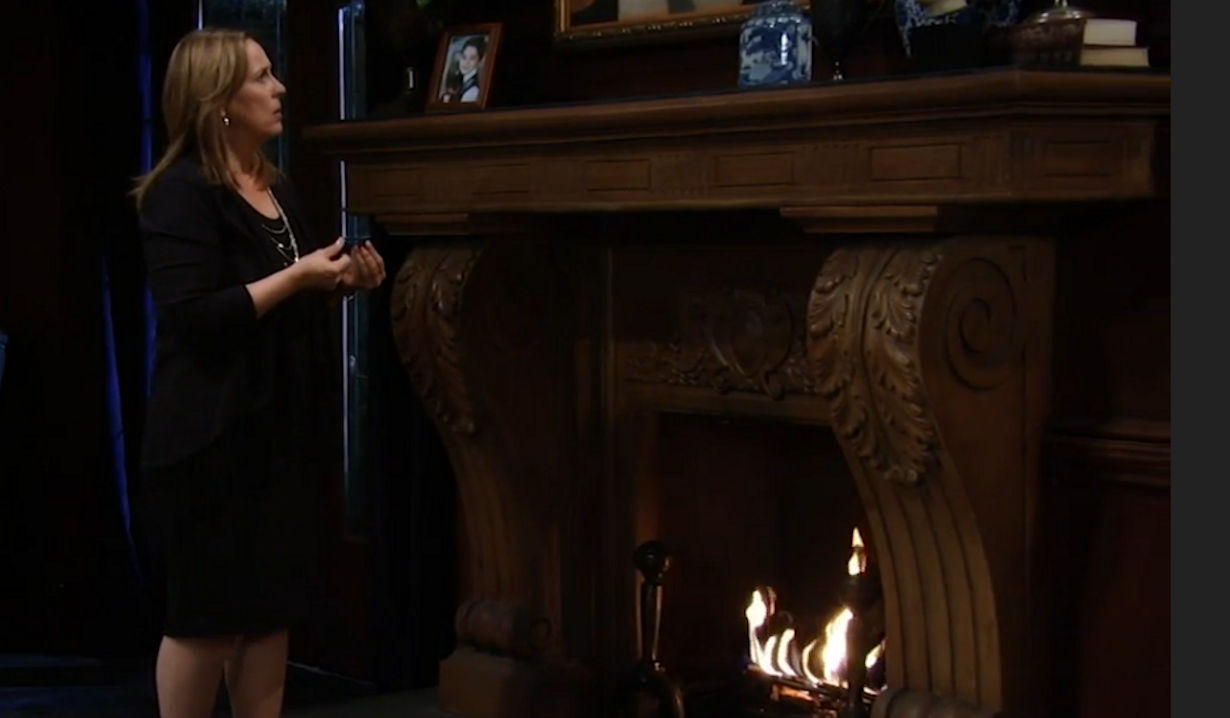 Another one of Helena’s puzzles.

Helena Cassadine, “General Hospital’s” most infamous villain, passed away and left some interesting gifts in her last will and testament, delivered in a video by none other than the old witch herself. Among them was a curious gift for Laura, a key that opened a trunk found in the attic at Wyndemere, inside which Laura found an even bigger mystery. Naturally, Helena isn’t going to make it easy to solve this puzzle. While we’re waiting for Laura to unravel Helena’s tangled web, read along with Soaps.com as we  take a look at the clues.

In Helena’s cryptic message for her heirs she said she was leaving Laura “the key to what she loved and lost.” She then mentioned that she’d had a conversation with Luke before he left for parts unknown, and Luke is definitely someone Laura loved and lost. Does Helena have him in her grasp again?

We also have An Introduction to Law Enforcement and Criminal Justice, Scott’s old textbook that Laura found inside the trunk. Laura and Scott were once married so he’s also someone she loved and lost, and even Scott suggested, albeit jokingly, that he’s the solution to the puzzle. But what about all those circled letters? Surely the answer couldn’t be as simple as Helena spelling out, “Hey, Laura, get back together with Scott and you’ll find eternal happiness.”

There’s also the Cassadine connections to be considered. Years ago Laura also loved and lost Stavros Cassadine. Stavros was killed twice and brought back to life twice by Helena. He was finally killed by Dante, but Helena may have very well worked her magic again. (Do the Cassadines ever really die?) And, Nikolas is Stavros and Laura’s son. In 2009 Helena returned to Port Charles to retrieve a birth certificate but we’ve never seen who that birth certificate belonged to. Perhaps Nikolas had a twin who was somehow lost to Laura?

On the other hand, Helena said she’s leaving Laura the key to “what” she loved and lost, which may suggest it’s not a person. We don’t yet know the full story about what happened to Laura’s grandson Jake while he was with Helena. He was ‘lost’ for a while and now he’s back, but his personality has definitely changed. Maybe the key will lead to fixing that part of Jake which was lost while he was in Helena’s care.

Over the years, Luke and Laura both lost a good part of their lives to Helena’s curse. Now, they’ve even lost each other. It could be the ol’ witch had a change of heart on her deathbed. Maybe, in seeking her final redemption, Helena is offering Laura a way to finally lift the curse so she and Luke can be together again and actually enjoy life. She did say she was going to be the better person. But that also seems too easy, doesn’t it?

Let’s have some fun. It seems that the clues we have so far only lead to an even more tangled web which, knowing Helena, makes perfect sense. Now that you have more to go on, what do you think Laura will find when she finally unravels this puzzle? Leave your theories in the comments below and let’s all try to solve this mystery.

Revisit the General Hospital April 21, 2009 recap to learn more about Helena and the birth certificate then also what she discovered when Laura opened Helena’s trunk.