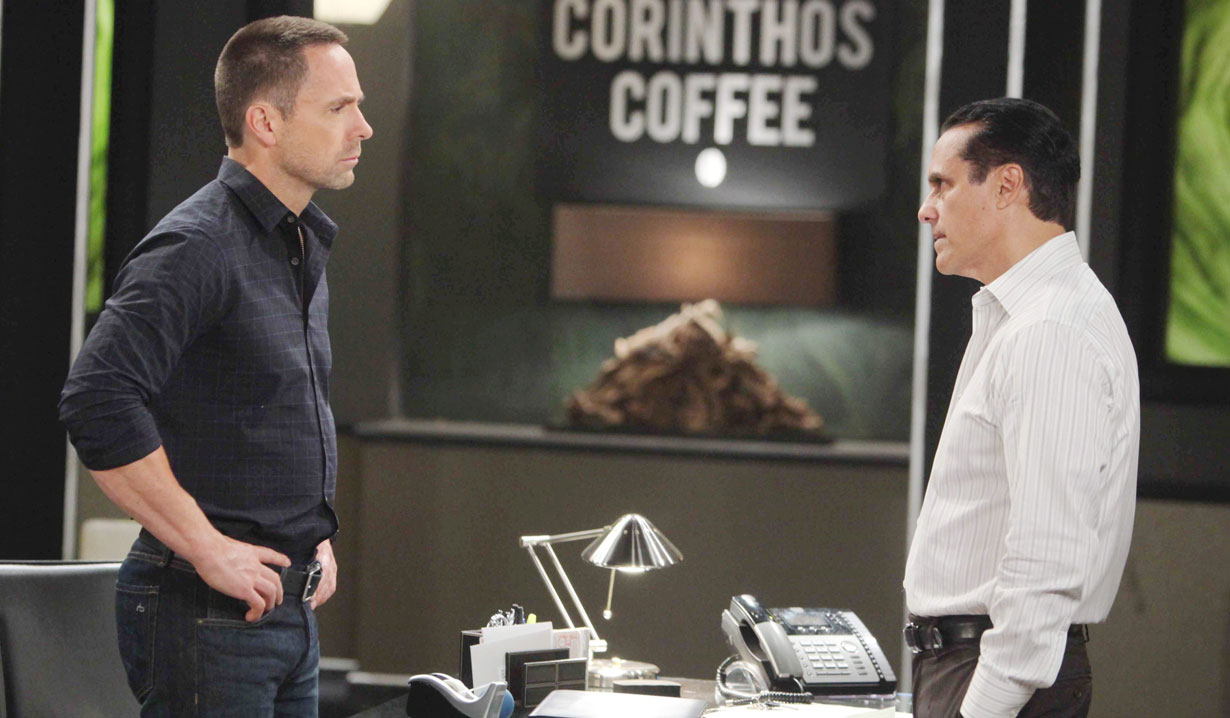 What has the mobsters fighting now?

Port Charles’ alleged mobster Sonny Corinthos once again has it out for business mogul Julian Jerome. Though Julian left the mob behind and has tried to bury the hatchet with Sonny, Sonny only wants to bury it in Julian’s back. He doesn’t believe Julian’s gone straight, and he still blames him for Duke’s death. He also hates the fact that Julian married his ex Alexis Davis, and that he’s living under the same roof as his daughter with Alexis, Kristina. Next week Sonny taunts Julian about something.

Vote in Soaps.com’s “General Hospital” poll as to what you think Sonny taunts Julian about, and let us know in the comments if you want to see Julian stay out of the mob, or get back in it.

Find out who Kristina opens up to next week by reading Soaps.com’s General Hospital spoilers.