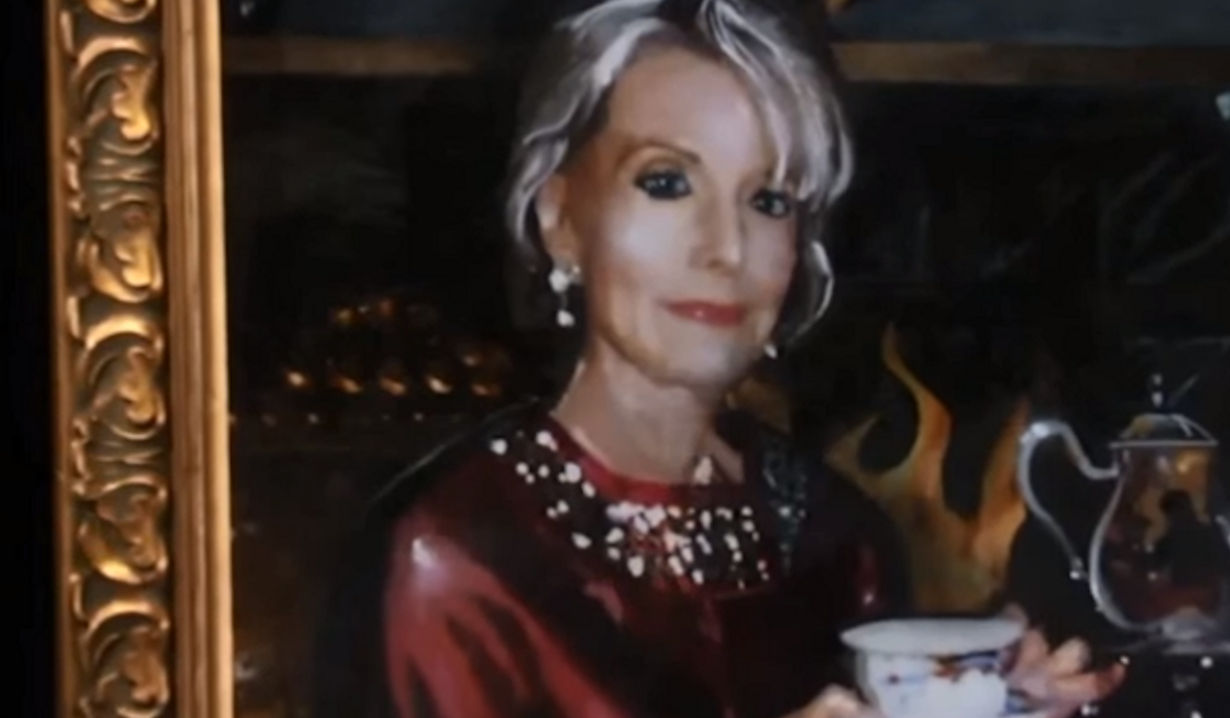 This week, Soaps.com revisits 2009 for the “General Hospital” Throwback Thursday poll when Helena Cassadine paid another of her unwelcome visits to the citizens of Port Charles.

Hayden is currently puzzled by the haunting portrait left to Nikolas in Helena’s will.  But a few years back Helena came to town searching for another portrait, a portrait of a saint.

Helena made a surprise appearance in Port Charles during the grand re-opening of General Hospital in 2009. Her purpose, as she told Nikolas, was to retrieve a painting of hers that he had in his possession, a painting of Saint Gregoire.

While she was in town, Helena stirred up quite a commotion when it was revealed that she was the one who plotted to get Nikolas and Rebecca Shaw, who looked just like Nikolas’ dead wife, Emily, together. Alexis, already suspicious, warned Nikolas that Helena was there for more than just a painting, but Nikolas turned it over to Helena anyway, asking, “Why do I get this eerie feeling that this is going to come back to haunt me?”

After she boarded her plane for home Helena revealed the real reason for her visit as she ripped the paper from the back of the painting.

Turn back the clock to read more about Helena’s visit to Port Charles in 2009 and then find out more about Rebecca Shaw’s tumultuous relationship with Nikolas in our General Hospital episode guide for 2000 – 2010.