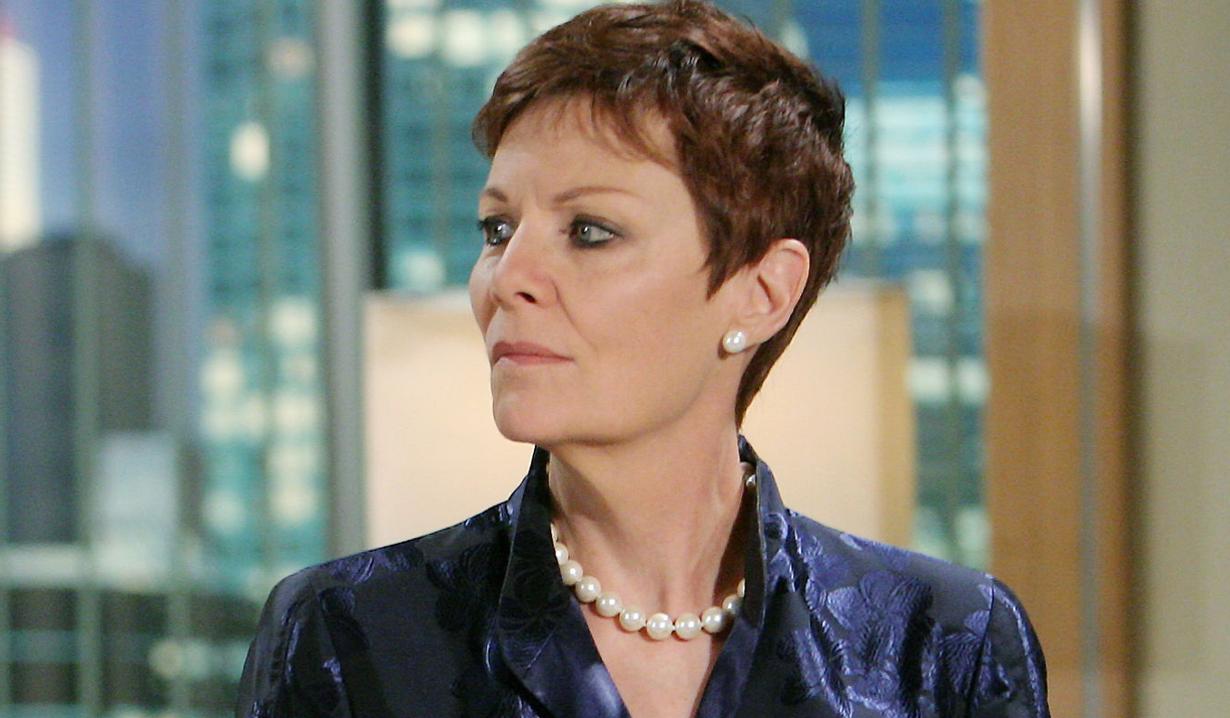 I didn’t want to name names!

In this week’s Soaps.com Throwback Thursday poll, we take readers back to 1990 when Tracy Quartermaine cooked up a scheme to free herself from a murder rap…

Port Charles’ Tracy Quartermaine had some puzzling test results this week, but back then, she was in the hospital for a much different reason. Tracy showed up at General Hospital sporting a black eye in hopes of beating a murder rap. Her lawyer, Scotty Baldwin, played along enthusiastically as Tracy cowered and alluded to having been beaten by her ex-husband Larry Ashton, whom, she confided, apparently hated the murder victim, David McAllister, much more than she had realized. Scotty insisted she undergo a formal medical examination, which, not surprisingly, turned up nothing more in the way of bruises or injuries.

While all of this was going on, another member of the Quartermaine family listened and laughed at Tracy’s unbelievable story, and also took a phone call in which they learned Tracy was actually free and clear of the murder charges. This person didn’t tell Tracy, however, and let her squirm, even when two uniformed police came to take her down to the station where she would learn she was no longer a suspect.

Do you remember who laughed at Tracy’s outrageous story and decided not to let her off the hook?

Flash back to when GH’s Tracy was cheated on by Mitch Williams and then read more from this decade through the General Hospital episode guide for 1990 – 1999.