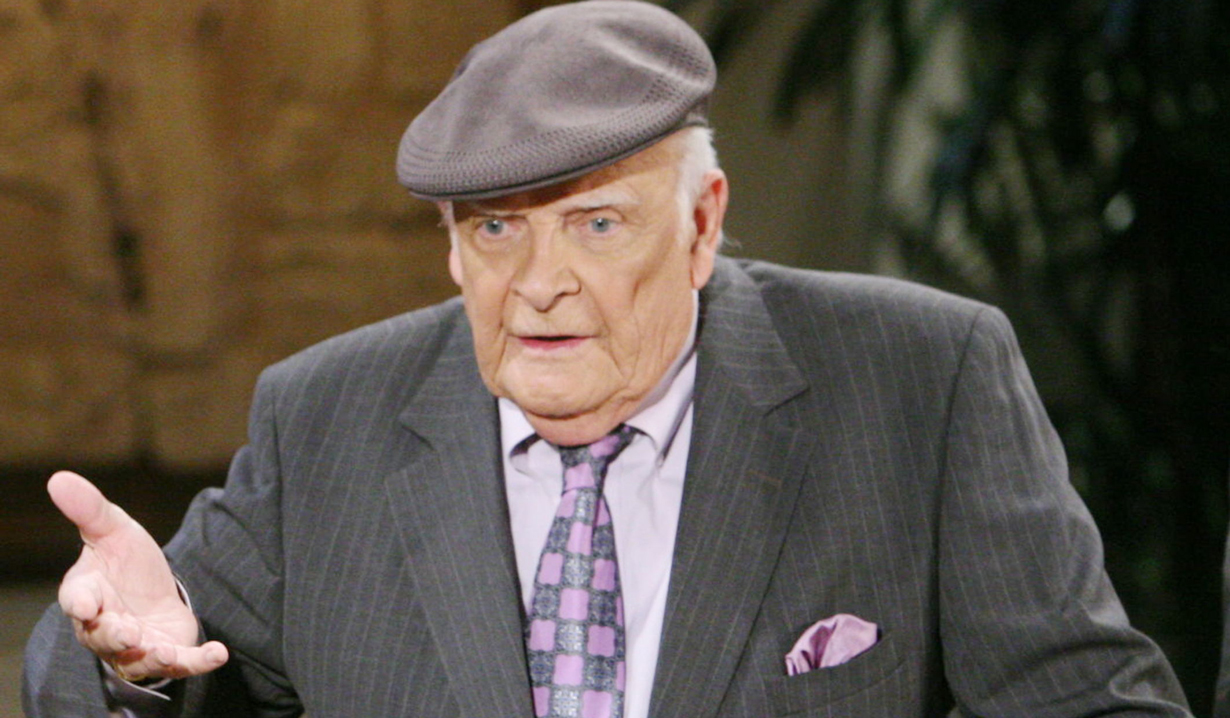 In this week’s Throwback Thursday poll, Soaps.com takes readers back to 1996 for Edward Quartermaine’s trippy, Thanksgiving dream on “General Hospital.”

The Quartermaines are known for their traditional pizza dinners, but back then in Edward’s dream, turkey was on the menu – but Edward was it.

In his dream, Edward was relaxing at the mansion when Alan, Monica and Emily breezed in with some firewood, good tidings and dreams of playing in the snow. Edward commended them on their Waltons routine and urged them to keep it up for Lila, but even he was shocked with how warmly they welcomed Sonny after he and Jax stole ELQ.

Edward’s ire grew when Justus came in with a file of all of Edward’s secrets followed by a new age Ned who suggested all ELQ assets be donated to Bensonhurst charities. AJ was the President of the United States and Jason rode in on a motorcycle to steal a few things before taking Emily with him to the tattoo parlor. Sonny was revealed to be Edward’s son, but the worst part was when Edward learned he needed surgery and Alan and Jason cornered him to carve him up like a turkey.

Read more about those wacky Quartermaines from this decade through General Hospital episode guide for 1990 – 1999. Then watch a video of this year’s Thanksgiving in Port Charles.

Finola Hughes to surprise fan on The...

Meredith Stiehm Will Be WGA West’s Next President; Women Will Hold All Three Top Elected Posts For First Time