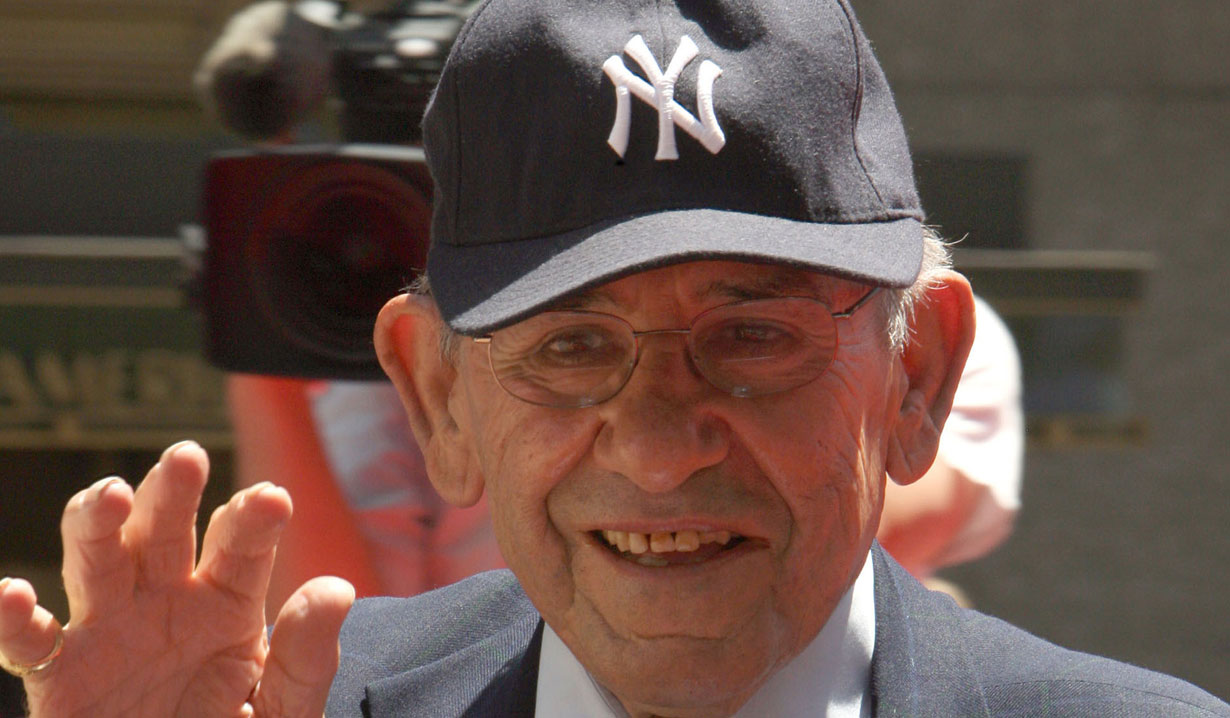 Baseball legend Yogi Berra died on Tuesday September 23 at the age of 90. Berra, who was inducted into the Baseball Hall of Fame in 1972, was best known as a catcher for the New York Yankees and played in 10 championships with the team. He later became a manager for both the Yankees and the Mets, leading both teams to the World Series. Many however know his name as being the inspiration for cartoon character Yogi Bear.

In 1963 “General Hospital” producers were fans of both the Yankees and Berra, so they asked the legend to make a guest appearance on the show. In spite of the meager $150 dollars he was paid, Berra agreed as he felt his family would enjoy seeing him act on TV. Berra appeared as Port Charles’ brain surgeon Dr. Lawrence P. Berra. He wrote about the role in his book “When You Come To The Fork In The Road, Take It!” and noted, “And I once was a brain surgeon – no kidding – in a ‘General Hospital’ episode, in the early ’60s. Those were the days before the soaps got sexy.”

Berra is survived by three children and eleven grandchildren. Our thoughts go out to his family.

We remember the great Yogi Berra (pictured, r.) who was a big fan of the #AHL's St. Louis Flyers in the 40s. #RIPYogi pic.twitter.com/92vFtyFNWQ