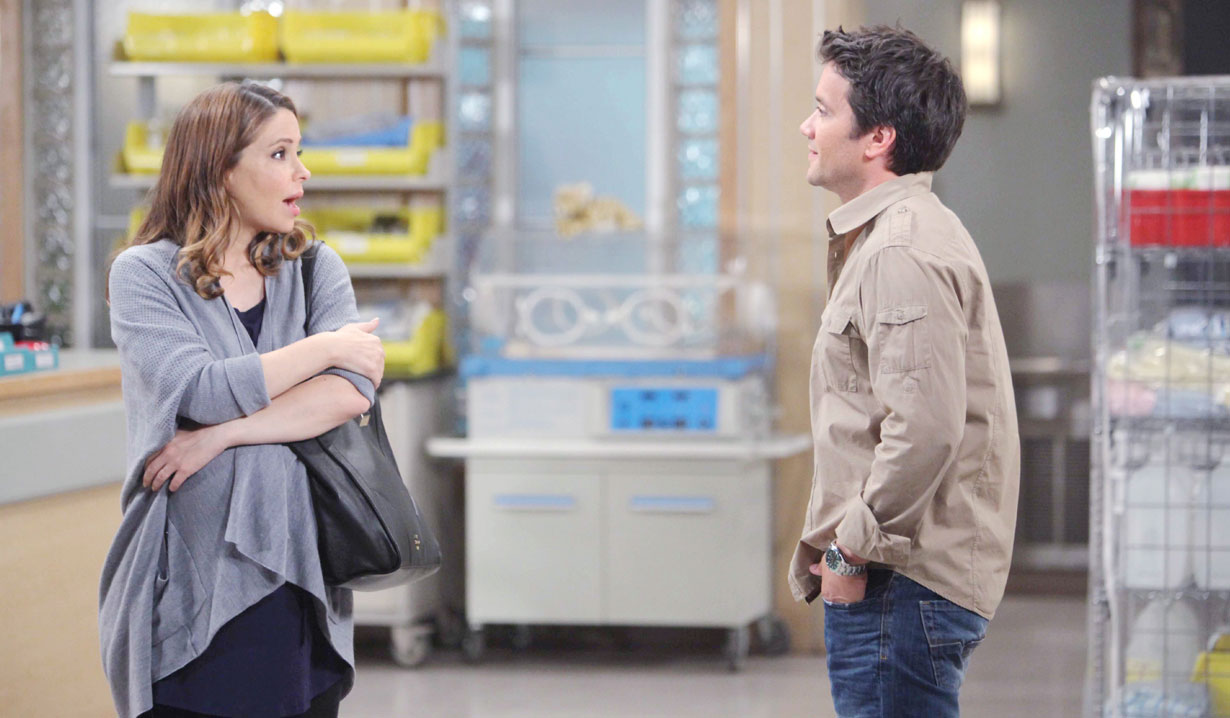 What will she say?

Olivia Falconeri has returned to Port Charles, but without her baby or Ned Ashton. Her son Dante has questioned her about his brother, but has his own marital problems taking up most of his time. Olivia came close to telling Julian the truth about their child, but when it appeared he was still in the mob, she backed off. Alexis however appears to be onto her. Next week Olivia makes a reveal.

Vote in Soaps.com’s “General Hospital” poll as to what you think Olivia reveals, and let us know in the comments if you are for Olivia and Julian or Alexis and Julian.

Find out what Sloane and Nikolas are up to next week by reading our General Hospital spoilers.