The possibility that Morgan is bipolar.
Carly suggesting to Sonny that their son may have inherited his disease is a nice twist for what has become a rather dull character. Soaps so rarely deal with mental illness in a serious way, and this could go a long way to redeeming Morgan, who as of late has been a pretty scummy in his actions and basically unlikable.

Ava’s lies are crumbling.
Watching Ava’s fake life fall apart has been a nice touch of karma. She’s ruined so many lives, and now seeing hers crumble and her become desperate has been great. However it’s starting to appear that she really didn’t kill Silas. It will be interesting if she can get pull off her plan to get the confession tape and skate on the charges against her. Obviously Maura West isn’t going anywhere after scoring an Emmy last year, so they have to find a way to keep Ava around and free.

Franco’s trial for Silas’ murder.
So far this is the best storyline the show has going for it. I adore seeing Scott do something other than being used as slapstick comedy filler, which is what he’s been for far too long. Morgan flat out lying on the stand really doesn’t look good for him, and is also building the case that he is bipolar and the murderer. I still think in the end it will be Ric or Madeline who did it.

The framing of Julian continues.
The story of Julian being set up is really not doing anything for me. Now however Ava seems to be giving him reasons to get back in the game and go after Sonny again. I feel that would be the worst possible way for this story to go, as it’s just recycling this endless mob war.

Nina wises up.
I loved seeing Nina wise up to her mother and Ric’s machinations against her. However the highlight of the week has to have been Nina trying to hold full conversations and checker games with the catatonic patient at Shadybrook. Those scenes were priceless. The writers have really turned her character around from an insane psychopath to someone you can feel and route for.

Friday bombshells!
Scott dropped a DNA bomb in court exposing Ava, and it will be interesting to see how or if she can get out of this. However another subtle bomb was dropped, Olivia slipped up and let it be known that Julian will never get his hands on her son. Oops! Will she be able to cover? I'm thinking she can probably explain because he's dead, that's what she meant. Hopefully though this isn't going to be a typical "GH" secret that drags on for months to years.

These are my thoughts on the show. Please feel free to leave your own in the comments. 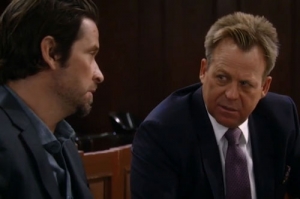 This week was much better for Port Charles compared to last week’s snoozefest. Some big secrets were finally exposed, though not the one most “General Hospital” viewers want to see brought to light. That would of course be Jason’s reveal. Hopefully it’s not too far off. Let’s discuss!

Hayden’s memories.
It is now obvious that Hayden isn’t faking her amnesia, and this was a great little story that kept viewers guessing the first week or so she was awake. It is also a smart way to re-invent this character and keep her around long term. She’s now a much nicer person than she was initially, and watching her struggle with her memories actually makes it easy to sympathize with her. As hot as she and Nikolas were, she needs to get away from the Cassadine and fast. He will do nothing but corrupt her back to the way she was.

Brad and Rosalie’s marriage.
The reveal that Brad and Rosalie were married was a great surprise, as I noted in last week’s Deconstructing GH, and it’s about time we get to Rosalie’s big secret. I adore the actress and am thrilled they are using her more. We know as long as they are married that they can’t testify against one another, and that the secret is so bad that if Lucas knew it would put him in danger. Last week I suggested it has to do with Brad’s mob family. I am wondering what Rosalie has to do with that, and if she is also tied to a mob family. The two definitely seemed to be involved in some kind of “I Know What You Did Last Summer” event. 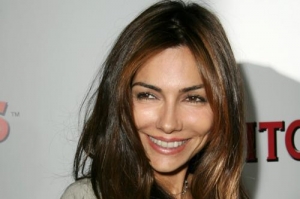 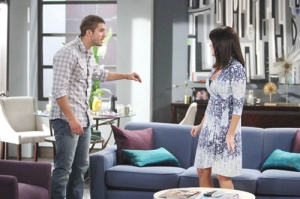