The continuing adventures of Hayden.
Liz and Nik just finished convincing Laura to keep quiet about Jason, and now they have an awake Hayden to deal with. Apparently we've found how far is too far for Liz, who refused to be apart of Nikolas killing Hayden. It still doesn't excuse her other actions. Meanwhile Sam hounding a hospital patient was a tad over the top, but for once I think she’s right on the money and Hayden is lying to preserve her own skin. I think her time unconscious let her reflect on things, and she’s realized it was no accident that she was shot. Meanwhile I want to feel bad for poor Patrick, who is realizing Sam is keeping her dealings with Jake a secret from him, but that dude should have seen the writing on the wall months ago. Sam’s just not as into him as he is her. Hayden however seems to be making goo-goo eyes at her doctor. Maybe Patrick should start looking at her more.

No more mister nice mobster.
Sonny called a meeting of the five major mob families of the eastern seaboard to get to the bottom of who is out to take his territory. He showed he’s not afraid to stop playing mister nice guy, and shot dead a rival family member who betrayed their peace alliance. That entire scene was a tad shocking, as I didn’t see it coming. It’s rare we see Sonny doing what his enforcers have usually done. I can’t help but wonder how Sonny embracing his killer side will affect things with Carly.

It appears Julian is behind the stolen shipments, but like Ava being Silas’ killer, that is just too easy. I’m not a fan of these mob storylines, but if they do this one right, it might be great. The mystery of who is behind it is intriguing, and I loved that they had Miss Wu of the Wu family at the meeting. We know that this is Brad’s biological family, so this would be a great way to link in his secret marriage into the story. If Brad’s family is setting Julian up as the fall guy, that could cause a lot of bad blood between Lucas and Brad.

Read about Lisa LoCicero returning to General Hospital after her maternity leave.

These are just my thoughts on the show. Feel free to leave your own in the comments, even if you disagree with mine. 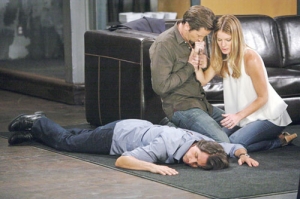 Credit: Will I ever find out who I am?

It would appear that Post-Luke “General Hospital” is doing just fine in terms of entertaining stories. The story dominating most of the airtime this week was of course the murder of Silas Clay, that had people talking. Let’s discuss!

A good old fashion who-dunnit.
In last week’s Deconstructing GH I praised Michael Easton for finally being able to show off his acting chops. Many viewers were outraged that this underutilized fan favorite was killed off, but that’s the way the soap cookie crumbles sometimes. I’m sad to see anyone out of a job, but I can’t deny that I love a good old fashion soap murder mystery. I thought Hayley Erin (Kiki) did an amazing job, especially when she took her anger out on the prime suspect Franco. My heart broke for both of them, as this is likely going to forever change their relationship. He’s basically the only parental figure she has left given Ava is “dead.”

Both Ava and Morgan seemed the most suspicious in their actions, and Ghost Silas appeared to point the finger at Ava when he visited her and reminded her of her motto “no regrets.” Did Ava do it to keep her secret? We then saw a flashback of Ava leaving Silas’ apartment, but don’t know what she did or found there. Something tells me we are in for a lot more flashbacks as we work up to who the murderer is.

Ava as the killer might be too easy though. Morgan would definitely be a shocker, as he is supposed to care about Kiki, but my money is still on Ric right now. He looked oddly nervous returning to his room just as Silas’ body was found. Later when Nina asked Ric to defend Franco, he couldn’t say no and high tail it out of Shadybrook fast enough. Very suspicious!

The scenes between Obrecht and Franco were amazing as always. These two actors definitely shine when they work together, and the zingers between them are hilarious. I love the idea of Obrecht working to help Franco. Move over Bones as there’s a new forensic detective on TV, Dr. O! 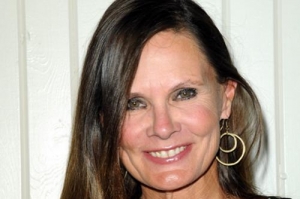 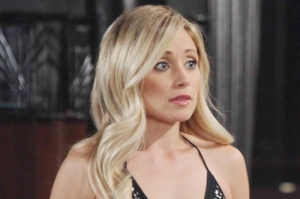