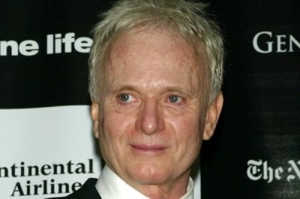 In the latest edition of the Throwback Thursday poll, Soaps.com goes back to 1981 when “General Hospital’s” Luke Spencer faced his possible demise…

Port Charles’ Tracey Quartermaine ended things with Luke this week, but back then he faced the end of his life at the hands of Mikkos Cassadine. Luke had been hired by the Quartermaines to find the Cassadines previously, and found himself held at gunpoint by Mikkos in his impenetrable control room as he put Spencer’s beloved Port Charles into a deep freeze. Mikkos declared that Luke’s demise wouldn’t be complete without seeing what was happening to his town, and so he showed him footage of the worsening snow and freezing conditions. Luke tried to stall his death by offering Mikkos a deal – he would call Ballantyne and bring him over to Mikkos’ side. During negotiations, Luke angered Mikkos by mentioning how he’d accidentally killed his brother Tony, but in the end Mikkos arranged for the phone call and Luke spoke to Ballantyne. At first he stuck to the deal, but then Luke blurted out his location, saying, “The island is off the coast of Venezu…” Mikkos disconnected the call and hollered about Luke betraying him. A fistfight ensued and Mikkos wound up dead.

Do you remember how Mikkos died?

Correct answer to last week's Throwback Thursday poll: Jason was having an affair with Carly Roberts.