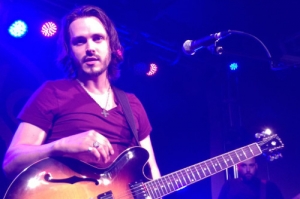 Jackson’s recent reprise of his character Lucky came along with Nathan Parsons reprising his role as Ethan Lovett in the final Luke Spencer story arc due to Anthony Geary leaving General Hospital this summer. Jackson recently thanked “GH” fans for their support.

Thank you for all the love and support for the #GeneralHospital scenes today! Grateful to be a part of it.

Jackson's next stop after Tipp City, Ohio is Chicago, Illinois during the Jeff Fest as the headliner on Saturday July 25. Tickets for both shows are available at Jonathan Jackson's website. Each event's proceeds are supporting worthy causes; the Miyelo Music Fest in support of the Pink Ribbon Girls and Jeff Fest in support of local student scholarships and causes in Chicago.