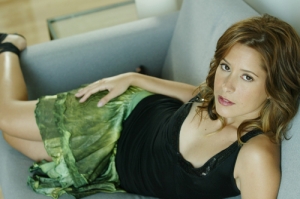 Icing on the cake.

In the Throwback Thursday poll this week, Soaps.com goes back to 1996 when “General Hospital’s” Jason Morgan and Robin Scorpio got physical, despite her HIV status…

Jason might still be in the dark about who he really is, or which woman he is supposed to be with, but years ago there was one special woman who held him captivated – his best friend Robin. The two of them had been fighting their physical attraction to each other for a while – not only was Robin one of the few people Jason let into his life after his devastating car accident, she was terrified she would pass her HIV on to Jason if they did go all the way. In fact, it was only recently that Jason helped convince Robin to take the protocol drugs.

But on their way to Montauk the two got a hotel room for the night, and when they were alone they finally had an open and honest conversation about their feelings. They both realized the other person wanted more than friendship, and they gave into their passion, kissing and touching each other all night. They didn’t go all the way and she worried it would not be enough for him, but he assured her that while he hoped one day they would do more, whatever they did do would always be enough for him.

Before this special night, Jason had been secretly having sex with someone on the side to distract him from his attraction to Robin. When the young couple got back to Port Charles, Jason ended it with the other woman. Do you remember who it was?

The answer to last week's Throwback Thursday poll: Elizabeth showed her displeasure by dumping Sarah's blueberry muffin in her lap.

Machine Gun Kelly Is A Doting Dad As He Wraps An Arm Around Daughter Casie, 13, On Day Out