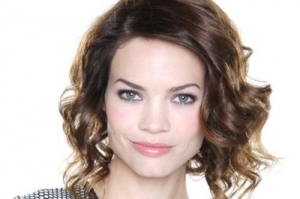 You always get what you want, don’t you sis?

For this week’s edition of our Throwback Thursday poll, Soaps.com goes back to 1997 when “General Hospital’s” Elizabeth Webber became interested in Lucky Spencer…

Elizabeth is feeling guilty about plotting with Port Charles’ Nikolas Cassadine to keep Jason Morgan’s identity a secret because it is keeping him from his son, but she doesn’t want to lose him. Back then, Elizabeth and Sarah Webber had come to town to stay with their grandmother, Audrey Hardy. Elizabeth, or ‘Lizzie’ as Sarah called her, became intrigued with her new acquaintance, Lucky, but he only had eyes for Sarah. Lizzie’s nose was out of joint when Lucky came to pick up Sarah and take her to a concert in the park. The next day, however, she had Lucky all to herself at Kelly’s, as he gave her tips for how to do her new job and get along with Ruby Anderson. Unfortunately, Sarah happened along and Lucky became totally distracted by her, leaving his conversation with Elizabeth to join Sarah at a table for two. Later, Lucky’s mind was controlled by Helena Cassadine, but at this point in time he had no such excuse and was oblivious to Elizabeth’s feelings.

Elizabeth wasn’t happy about her sister’s intrusion on her time with Lucky and acted out. Do you remember what she did? Vote in our “GH” poll: 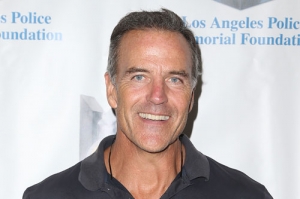 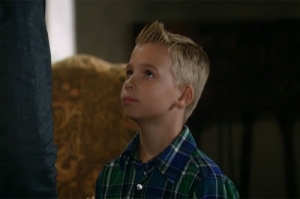