Deconstructing GH: They’re bringing everyone from Luke’s past back

Karma is a witch, and her name is Lucy!
I’m honestly shocked that Lucy wasn’t, as far as we know, blackmailed or coerced into voting against the Quartermaines. Did she really vote the way she did because of Michael’s actions towards Sonny? Could she really believe Nikolas would be better for the company? It’s still a mystery, but it seems so. Nikolas could still have it all stripped from him because of the way he acquired the ELQ shares, but real world legal laws don’t always work out in the reel world of soaps. Just look at all the criminals running free in Port Charles!

Now that he’s lost almost everything, Michael’s starting to reevaluate things, even revealing to himself that he took Avery out of spite. Michael also admitting that he misses Carly and Sonny was huge, but he still isn't ready to let go of his anger towards Sonny. I don't blame him there, he should be angry at Sonny. However I do think he needs to really figure out what is best for AJ/Avery, as he seem to be holding onto her for the wrong reasons. No matter how much he wants to protect her, his anger will rub off on her. I would like to see both Michael and Sonny start to try to make amends to one another.

Pass the Ric around.
Ric may have finally found a woman worthy of him in Madeline, and she the man she deserves in Ric. I didn’t think Madeline could sink any lower than what she’s already done to her own daughter, but this takes the cake. Sure, Nina doesn’t love Ric and only married him to spite Franco, but Madeline may be the worst mother since Joan Crawford. I honestly didn’t think any two people could be more despicable than Nikolas and Liz right now.

Ava's losing it!
Denise/Ava agreeing to "date" Franco in order to stay away from Morgan is hilarious, as Franco is as insane as she is and should see through her lame disguise in a heartbeat. Ava's endgame is probably going to be Morgan though, as I really do think Avery is his child and not Sonny's. Once Sonny and Michael finally make amends, that tidbit is likely to come out. Many fans believe Carly switched the DNA results, and if true, I would love to see her in the hot seat with Sonny.

These are just my opinions, feel free to leave your own in the comments. 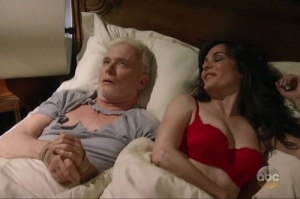 This week was far better than last week, yet Luke’s big send-off storyline is still stuck in a rut. Let’s get to ranting about this week’s episodes of “General Hospital.”

Lucky is still MIA.
In last week’s Deconstructing GH I discussed how it almost seems like Lucky is behind his own kidnapping in order to reunite his parents. This week, however, Jennifer Smith claimed to have him and attempted to seduce Luke in exchange for his son, which we found out was all a lie. It would seem unlikely that Lucky would want to do that to his father if he was behind this, and we are no closer to any answers.

The writers seem set on bringing anyone and everyone from Luke’s past back for his big goodbye, but the Jennifer Smith plot fell short. Sure, she was over the top and insane, so that part was fun. However had they been able to get one of the three actors who actually played the part before then it would have been great nostalgia. Unfortunately using a recast just seemed to serve no purpose, other than to fill up time. Hopefully Holly’s return on Friday, played by the original actress, will move things forward finally.

Valerie, wrongfully vilified or scheming genius?
I just can’t figure out Valerie. When she first came onto the show she seemed to be throwing herself at Dante every chance she got. Lately she’s cooled it off, and she’s almost convinced me that she really doesn’t want to ruin Lulu’s marriage. Part of me just doesn’t trust her though, which makes me think she’s some kind of master manipulating evil genius. Unfortunately Lulu running around with shirtless Dillon and keeping secrets with him from Dante isn’t helping, and Dante going off and getting drunk just made Valerie’s job easier. I’m very disappointed in his kissing Valerie, as I didn’t expect this from him without having all the details. I expected it from her though, and she’ll probably convince him it was a mistake and they should keep it their secret.

Nikolas and Rosalie exposed!
Nikolas and Rosalie both were exposed, and Nikolas’ former friends roasted him for his betrayal. When the truths about Jason and Lomax are revealed, he may never have a friend in town again. Rosalie, well this is just more water off her back as a lot of people already disliked her thanks to her association with Nina. Her secret has been brought up a lot lately, which gives me hope we may finally learn it. After waiting so long, it better be really juicy. What do you think her secret is? Vote in Soaps.com’s General Hospital Poll: What is Rosalie’s secret? 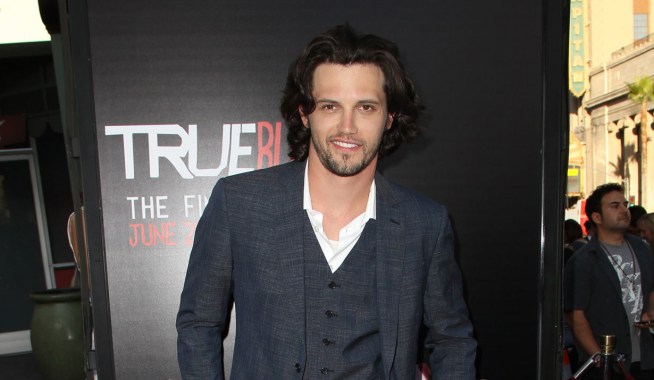 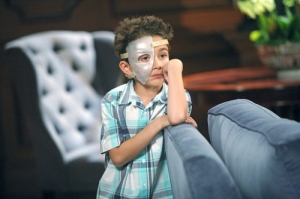