Find out who Sonny has an encounter with next week by reading our General Hospital spoilers. 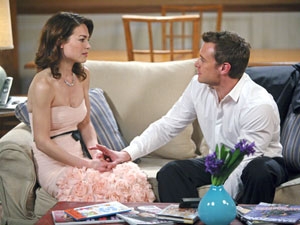 Jake Doe, aka Port Charles’ own Jason Morgan, has found himself in several sticky situations lately. He’s been forced to work undercover for Kyle Sloane, which has made him suspect number one in Duke Lavery’s murder. This has also put him on Sonny Corinthos’ hit list. A failed attempt on his life led to his fake ex-wife Hayden being caught in the crossfire, and she’s now in a coma. Hayden was about to inform Jake and Sam as to who he really was, something she claimed affected them both, right before being shot. Next week Jake updates Liz Webber, the woman he’s in love with, about something going on in his life.

Vote in Soaps.com’s “General Hospital” poll as to what you think Jake updates Liz on, and let us know in the comments if you want Jake with Liz or Sam. 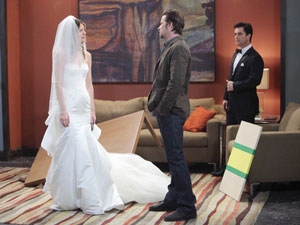