The answer to the Throwback Thursday Poll from last week: Chloe came to realize that Lucien was Stavros because she saw a photo of Stavros and Nikolas.

Learn all you can about Anthony Geary leaving General Hospital. Then get the details about ex-"General Hospital's" Natalia Livingston in Geo Tag as well as other former soap stars in Soaps.com's Soap Opera Actors: Where Are They Now?

Right now Anna is mourning the death of Duke, the love of her life, at the hands of a Jerome henchman. But this isn’t the first time she’s shed tears over losing him to the mob – or even the second. The very first time Anna mourned the death of Duke was back when she and all of Port Charles thought he had been taken out in a bomb explosion by the docks, retaliation for his testimony against mob boss Victor Jerome. Tiffany Hill interviewed Commissioner Robert Scorpio about the explosion for the news, while Anna had to be held back from entering the burning building herself to find Duke, refusing to believe he was gone.

After interviewing Robert, Tiffany asked Sean Donely off camera what Duke was doing down by the docks anyway. Do you remember what the reason was? Vote in our “GH” poll:

General Hospital's Finola Hughes To Direct Byrd And The Bees 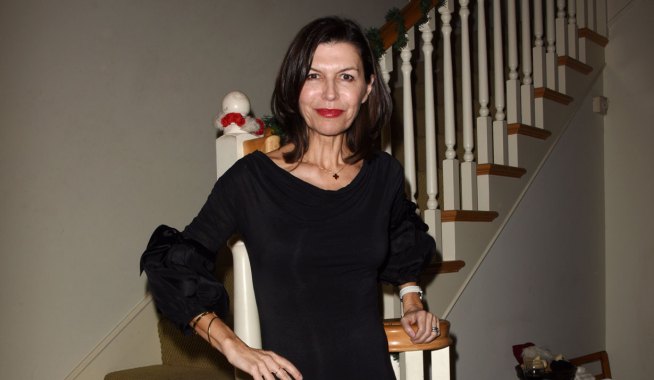